When I move my pointer around the pin (89.99 N) shown below, Google Earth displays the camera distance, latitude, longitude accordingly.

Could someone give me a hint? 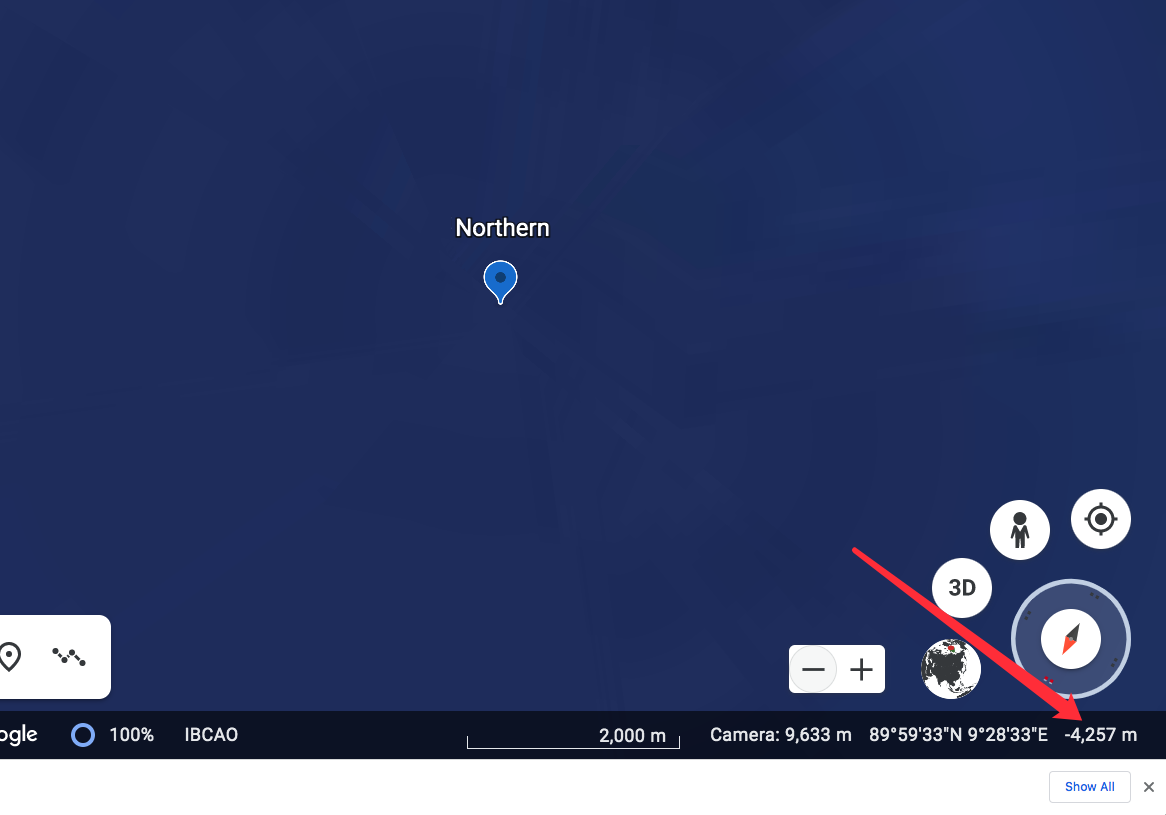 This is the ocean depth at that point, according to the Google Earth database.

Google earth uses the EGM96 geoid as it's reference for altitude/depth. EGM96 is a model of the ocean surface that takes into account the fact that the earth isn't a sphere, and some account of regional variation in gravity. So the number is the difference between the sea floor and the ocean surface (geoid) at that point. WGS84, the system used by GPS, has a similar model, but less accuracy as it is older.

Only a small percentage of the oceans have been surveyed in detail so you shouldn't read too much into the precise number - it will be an estimate from, in mid ocean, what might be low resolution bathymetry.

This is the elevation of the ocean floor, which is the negative of the depth.

Not the answer you're looking for? Browse other questions tagged oceanography bathymetry or ask your own question.

41
Are there any uncharted waters left on earth?
10
Does bathymetry affect ocean topography/height?
8
What is the error in bathymetric observations in the presence of vegetation?
3
How does water still exist on the Earth?
1
What is a Dry Sea
10
What are the sunniest places on Earth? (including oceans)
2
How does nature dilute Ocean and Seas so that we can swim in them?
1
Why does the ocean seem much cleaner than the bay I live near
4
Why does vertical diffusivity increase with depth in the ocean?
4
Will Lithium batteries mean we have to exploit Co-Mn-Ni nodules from the seafloor?