How did the Cliffs of Dover form flint in regular stripes?

The White Cliffs of Dover are mostly chalk but there are regularly spaced horizontal lines of flint. 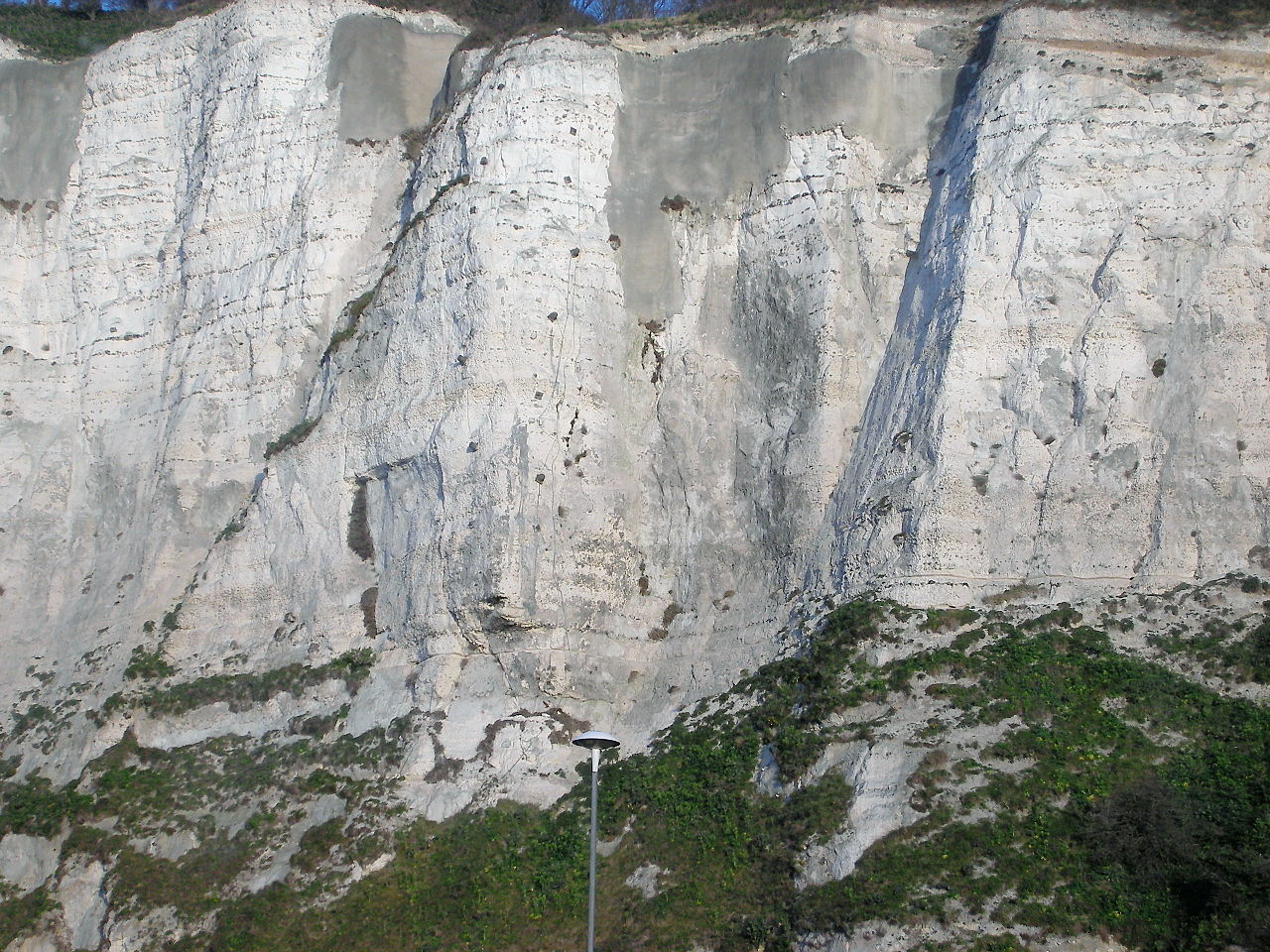 I understand how the chalk and flint layers are formed independently (from Wikipedia) but I haven't been able to find any information on why they formed in these regular stripes. 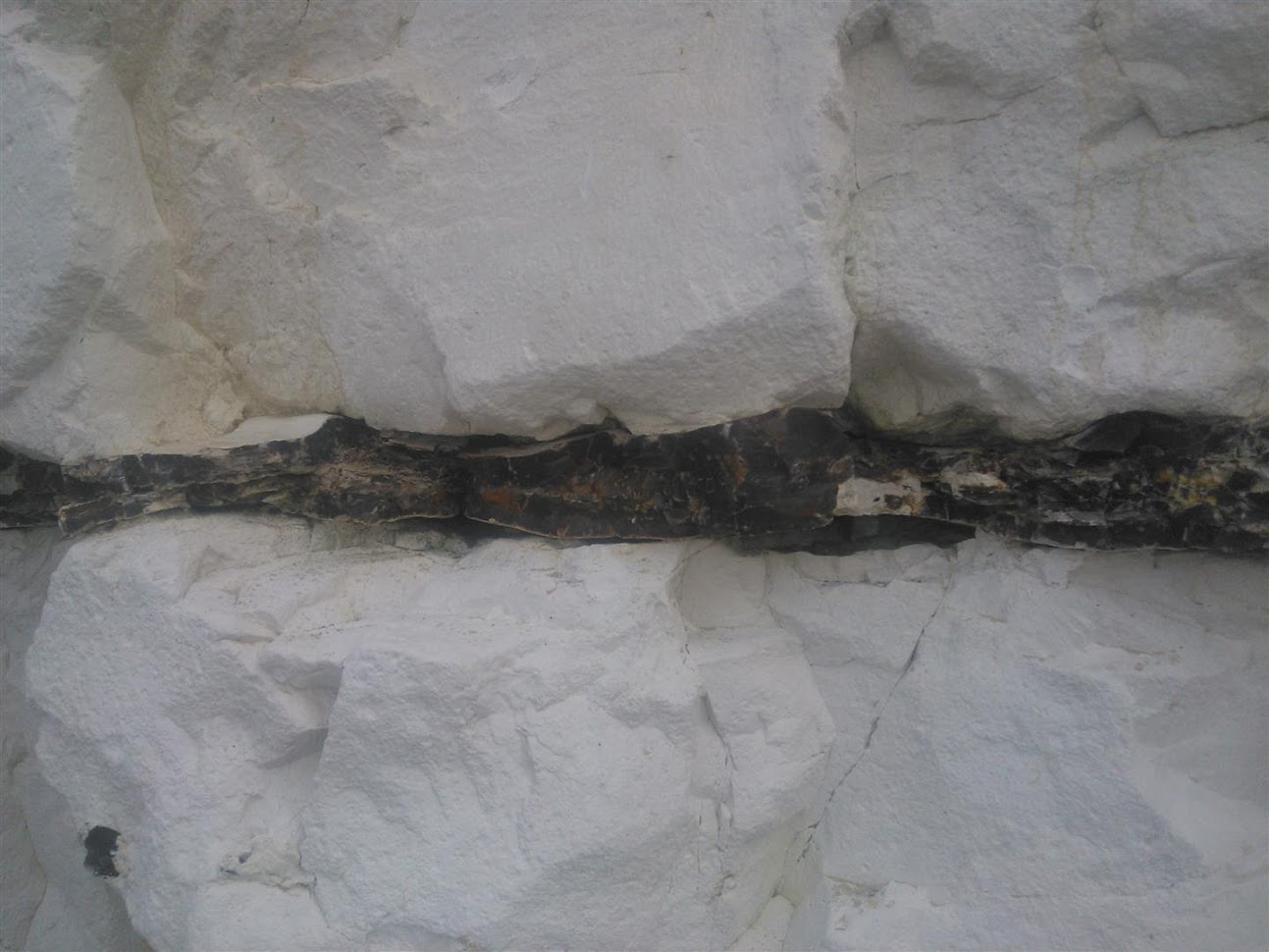 Sorry if this is a very basic question but this has been bugging me ever since I visited over 10 years ago! :D

Flint formation is complex, and the details still subject of research and debate.

The main factor is not a change in the relative proportion of siliceous and carbonate plankton, but the influence of chemical processes in the sediment after deposition. The flints precipitated where carbonate was dissolved. The dissolution occurred at the boundary between oxygenated water moving from the surface downwards and anoxic water rich in hydrogen sulphide from decomposing organic matter (the redox boundary). The reaction between oxygen and sulphide makes the water acidic at the boundary and this allows the carbonate to dissolve. Silica, which is in solution throughout the chalk, is in a state where it is precipitated from water with high carbonate concentrations, so flint forms at the redox boundary, typically between 5 and 10 metres below the sea bed.

The repetitive layering of bands seen in the cliffs may be influenced by cycles in the rate of sedimentation, with bands forming when sedimentation paused and the position of the redox boundary was stable. A secondary factor may be changes in the chalk matrix that influenced flow rates of water, and hence the redox boundary location. These changes are the result of changes in sediment supply, and bioturbation by burrowing animals at the sea bed.

The process is described in a paper by Clayton, 1986.

35
How and why did the oceans form on Earth but not on other planets?
19
How did Earth's plate tectonics start?
7
How do the swirls and veins in marble form in detail?
7
How do hematite and magnetite form?
5
How does quartz form in calcite veins?
4
How did this hole / hollow form within this rock?
3
How did these dark lenticular features form? (Near Hoganekkal Falls India.)
3
How these rock features form?