How these rock features form?

I was walking on a reef in northern Italy near Genoa. (44.3230136N, 9.1462828E) The rock was composed of rocks of varying sizes, colors and shapes held together by some kind of a seemignly softer substrate. The substrate was still rock-hard on touch, but I was able to break some of the smaller rock out of it. (The photos below will say it best.)

The reef had several "splits" that ran across its whole length. These were white in colour and, I think, were composed of quartz. Interestingly, these splits ran straight through both the substrate and the rocks as if someone sliced the reef with a laser.

I would like to know how these formed. I imagine high pressures and shear forces were at play but I still don't understand how it's possible that the splits don't go around the rocks (at least the smaller ones) but straight through. Especially if I assume the rocks are harder than the substrate. But that might not be the case?

Sorry, for not calling things by their proper names. I'm no geologist so this questions doubles as an identification one. I guess.

View of the rock with one of the splits going across vertically roughly in the middle: 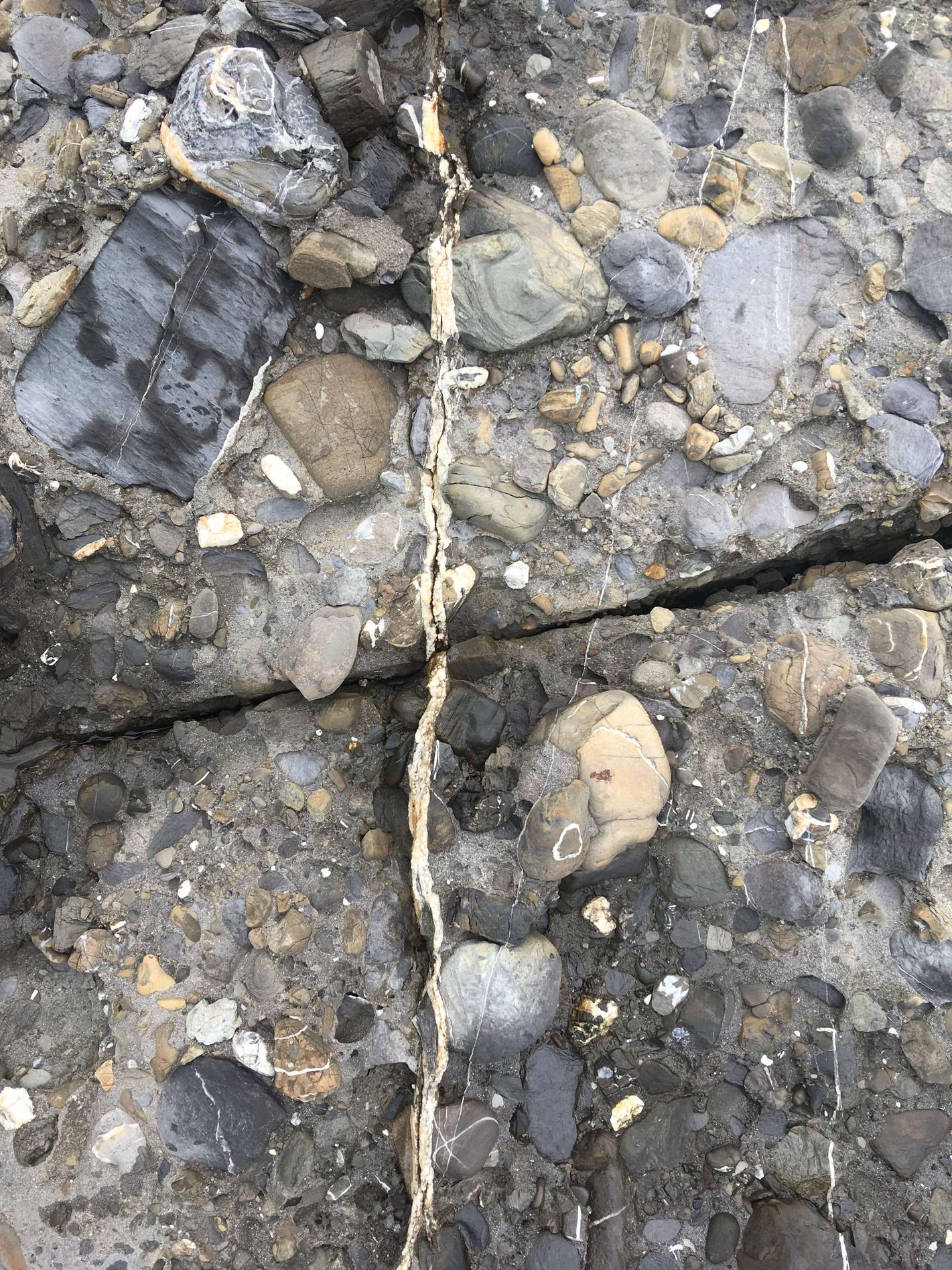 Wider view of the same split with a person's legs for scale. The split continues behind: 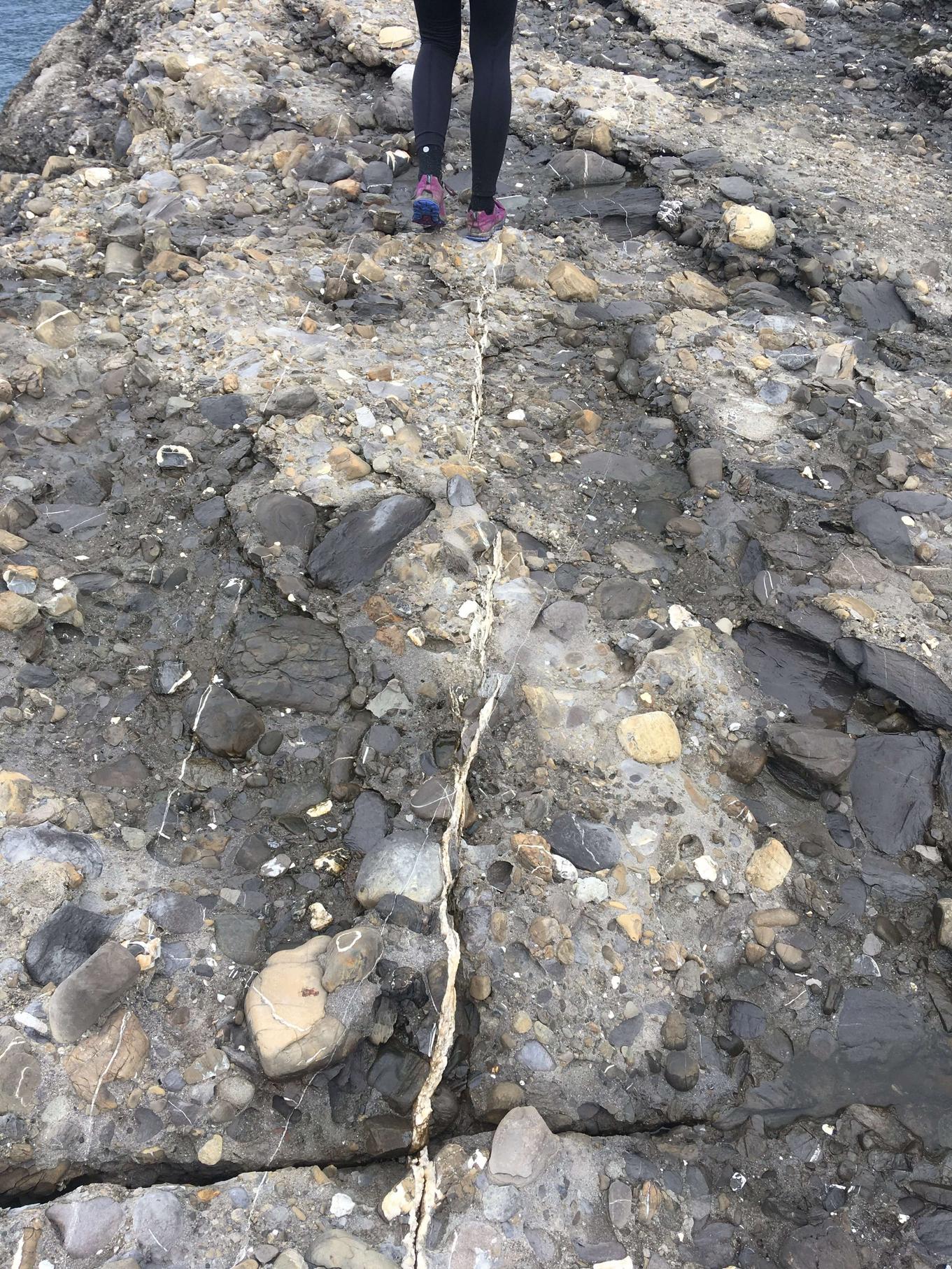 One of the small rocks being split in half by a narrow split. My finger on the left for scale: 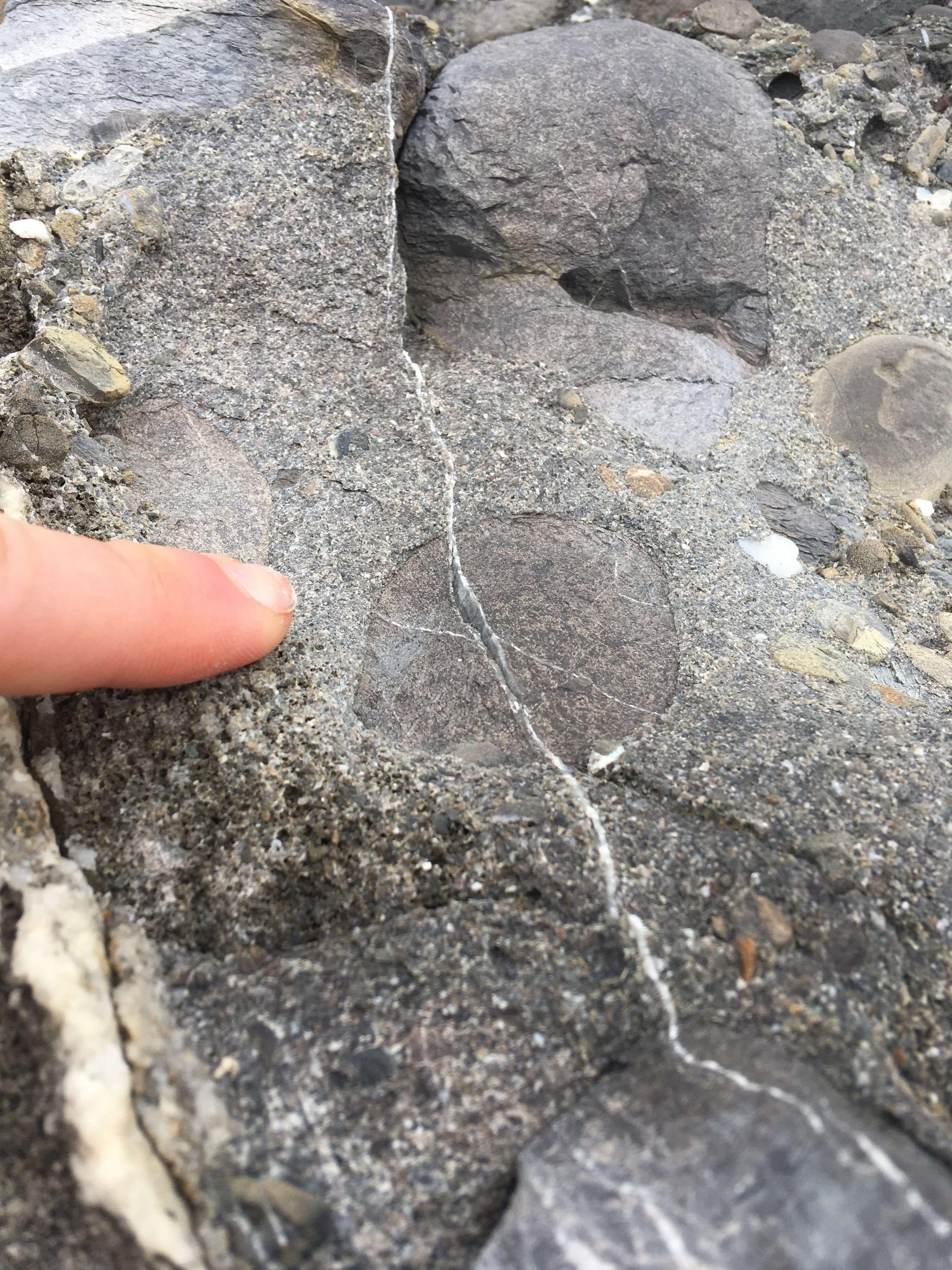 Overall view of the reef showing a structure of plates laid on each other: 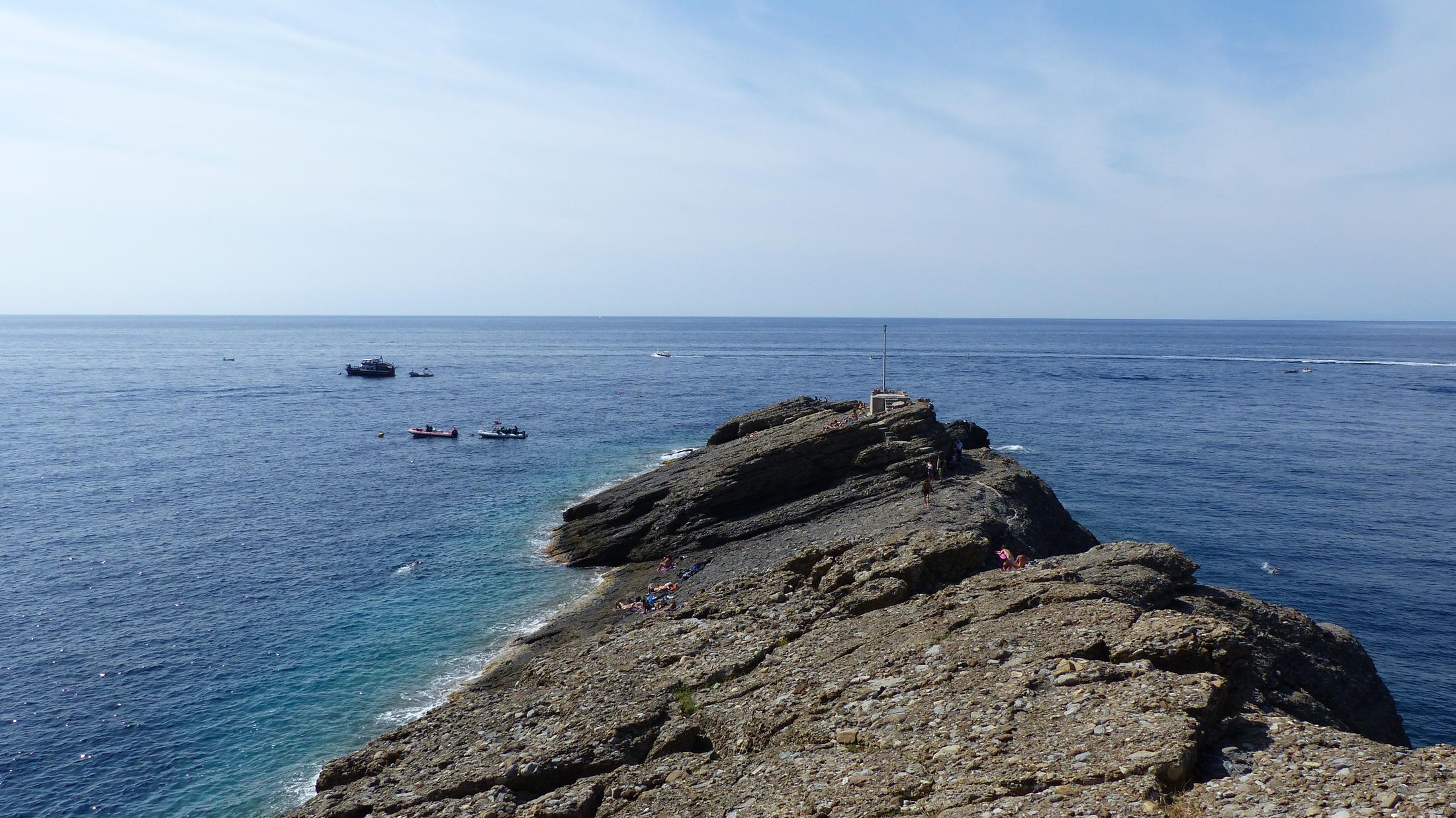 The infilled fractures will have formed when it was buried at depth and thus under considerable pressure. The substrate may be physically softer or it may be more chemically reactive and thus erodes more easily at the surface. Regardless at depth there will have been no practical difference in their physical properties so faults will have cut substrate and clasts equally. Faulting is the result of differential movement, usually but not always because of flexion.

The filler material will have been deposited by geothermal fluid flowing through the fault. This fluid is hot, high pressure, water saturated with a number of dissolved minerals from the rocks it has been flowing through. When it reaches a fault the pressure, and it's ability to keep those minerals dissolved drops and they precipitate out along the fissure. The nature of the minerals so deposited depends on the depth of burial at time of deposition, at great depth silicates like quartz are dominant, shallower deposits are usually carbonates like calcite, sulfates like gypsum that have a higher solubility and thus can stay in solution at lower pressures. Given the rocks are probably Mesozoic in age they could well have been buried deeply enough for the deposits to be silica but I'm not really familiar with the deep history of that part of Europe so possibly not. I expect that the larger cracks are older and contain one mineral, probably quartz, while the smaller cracks are younger and have a different infill, probably calcite.

7
How do hematite and magnetite form?
3
Was there once a glacier over Starcke national park in Queensland Australia?
4
Any idea what are these circular rock marks?
5
How does quartz form in calcite veins?
2
What are these features in the Tombouctou Region?
5
Utah rock pattern identification - looks like small craters
4
How did this hole / hollow form within this rock?
3
How did these dark lenticular features form? (Near Hoganekkal Falls India.)
8
How did the Cliffs of Dover form flint in regular stripes?