Why are there more intense earthquakes in Iran than in Iraq?

Why are there more intense earthquakes in Iran than in Iraq, if they are so close together?

I often hear news items of earthquakes in Iran that are higher on the Richter Scale than those that happen in Iraq. 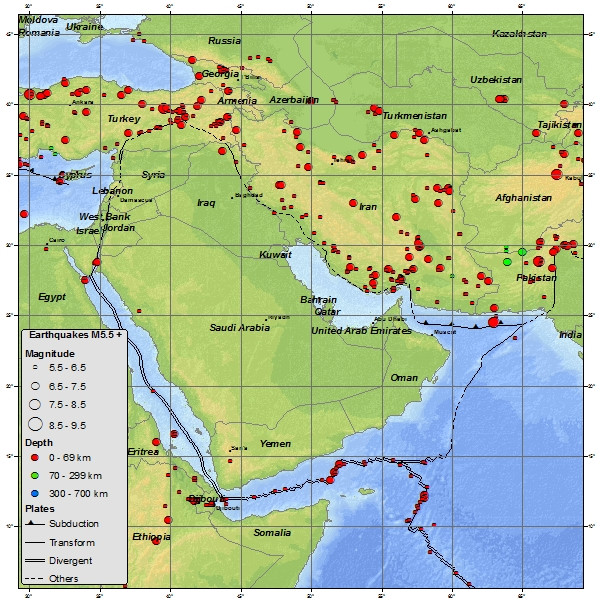 This is a map from the US Geological Survey Earthquake Hazards Program, which shows all recorded large earthquakes in the region from 1900 to March 2012.

The black lines are tectonic plate boundaries. The plate in the middle is the Arabian Plate. The current movement of that plate is show in this image from mediawiki: 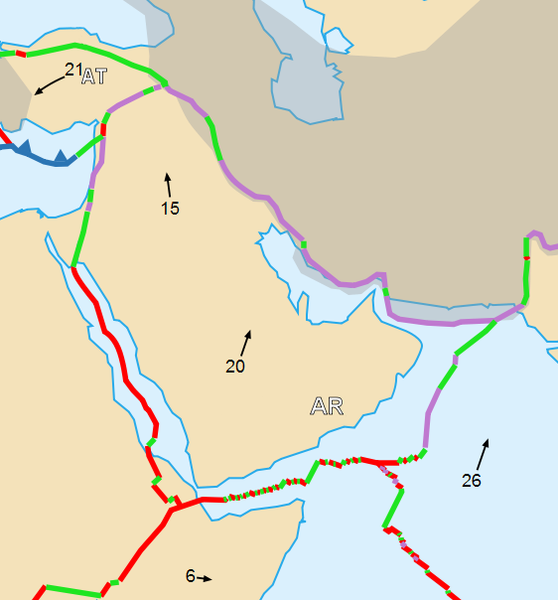 So the Arabian plate is currently pushing north against the Eurasian plate, and sliding under it, causing uplift in Iran, and probably causing various slip and thrust fault lines. The pressure on those fault lines is released as earthquakes.

Iraq is not so affected, because it is on the plate. Maybe it will be in a few hundred thousand years :)

15
What does it mean when the depth of earthquakes get near the surface over a period of time?
8
Earthquakes in Oklahoma influenced by Humans?
10
Why is the elevation of the Iberian Peninsula so high?
4
Relationship between tides and earthquakes
16
Is there any evidence for higher air pressures in the geological past?
8
Seeming correlation between time of day and earthquakes
4
How do the different densities of the oceanic and continental crust affect earth's outer shape?
4
What is the largest earthquake attributable solely to volcanic activity
6
Why doesn't the Earth's outer core dissolve into the mantle?