Where is basalt in the Goldich dissolution series?

In relation to this experiment: https://www.remineralize.org/rem_publications/action-of-microorganisms-in-basalt-powder/

It is said that applying basalt rock dust to soil can improve soil fertility especially so if a complete soil food web is present due to biological weathering by bacteria and fungi - which help to release plant nutrients into the exchangeable and soluble pool.

Does basalt have a high rate of weathering and is it in the ‘discontinuous series’ or ‘continuous’ series?

There are two types of basalt:

Regarding weathering of basalt, basalt on the surface of the Earth weathers rapidly. Because of the low potassium content of most basalts, weathering converts the basalt to calcium-rich clay (montmorillonite) rather than potassium-rich clay (illite).

Chemical weathering also releases readily water-soluble cations such as calcium, sodium and magnesium, which give basaltic areas a strong buffer capacity against acidification. Calcium released by basalts binds CO2 from the atmosphere forming CaCO3 acting thus as a CO2 trap.

As with most rocks, the mixture of minerals includes both continuous and discontinuous components in the series.

Igneous rocks commonly found at the surface are classified as felsic or mafic, which correlates with their silica content: felsic is higher silica an mafic is lower silica. The latter corresponds to minerals that are higher on the Goldich series, such as pyroxenes.

The big reveal: basalt is mafic

So basalt, being a rock, does not have its own entry in the Goldich series, but it is the classic example of a mafic rock. Therefore relatively low silica, and high on the Goldich series. A typical weight-percent composition is given by Shrivasta et al. 1: 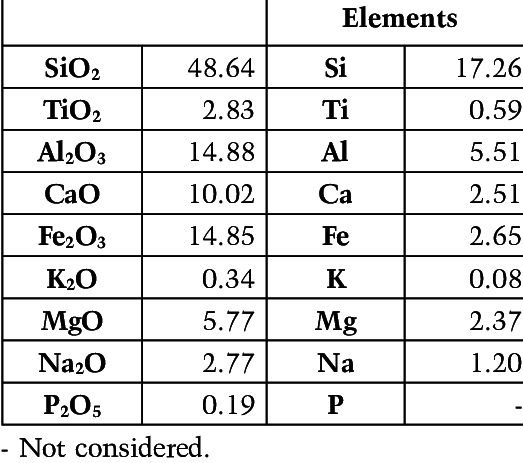 The silica level is similar to that in pyroxenes and in calcium-rich plagioclase feldspar (which are themselves major component minerals in basalt), so we should expect basalt to appear in the upper range of the Goldich series. Since basalt contains both pyroxenes and feldspar, it has both discontinuous and continuous components.

Not the answer you're looking for? Browse other questions tagged geology geochemistry minerals or ask your own question.

22
Where can obsidian be found?
8
How are spherulitic structures formed in basalt rock?
16
What processes produced the basalt columns of the Giant's Causeway?
4
What is the difference between mineral groups and series?
8
Melting basalt on the lunar surface - what would the resulting material be like?
7
Where can fluorite be found on Long Island, New York?
5
Difference between pyrite oxidation and dissolution
5
What are the cubic formations found inside Larimar gemstones?
2
Where to start searching to find more radioactive minerals?