Is there likely to be coal under the Sahara?

In Pangaea, northern Africa would have had humid onshore winds from the Tethys Ocean, making dense vegetation/rainforest biome likely.

Consequently, would we be likely to find coal underneath the Sahara desert?

The older rocks underlying the Sahara

are mostly granite, schist, or gneiss, all mixtures of igneous and metamorphic rocks forged deep beneath the surface

This stable mass of rock has been covered over with younger sediments, laid down in horizontal, largely unaltered layers. Much of the Sahara is covered with limestone, made mostly of the skeletons of microscopic sea creatures raining down onto the bottom of a vanished sea.

Most of the limestone and sandstone covering the surface of the Sahara were deposited in the Mesozoic era (245–65 million years ago).

From the picture below, produced by the US Geological Survey, most of Africa's coal deposits are in the southern part of the continent. There appears to be a very minor coal deposit in western Algeria with other similar sized deposits in Niger, Mali and Sudan. Egypt's Sinai appears to have an exceedingly small deposit of coal from the Jurassic period. 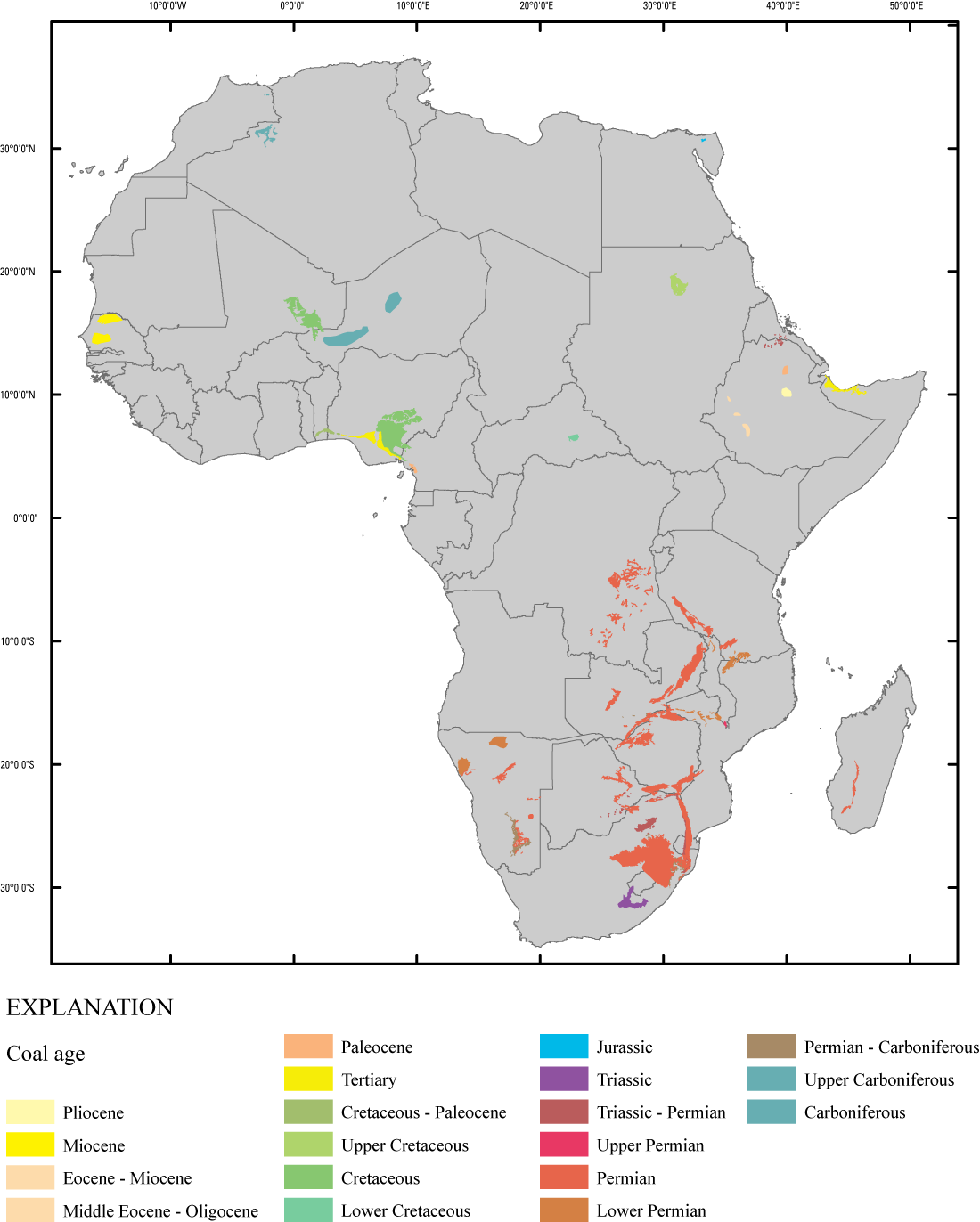 In terms of hydrocarbon resources, the Sahara contains about 4 percent of the worlds current reserves of oil and gas. In terms of energy resources, "North Africa is dominant in oil and gas". 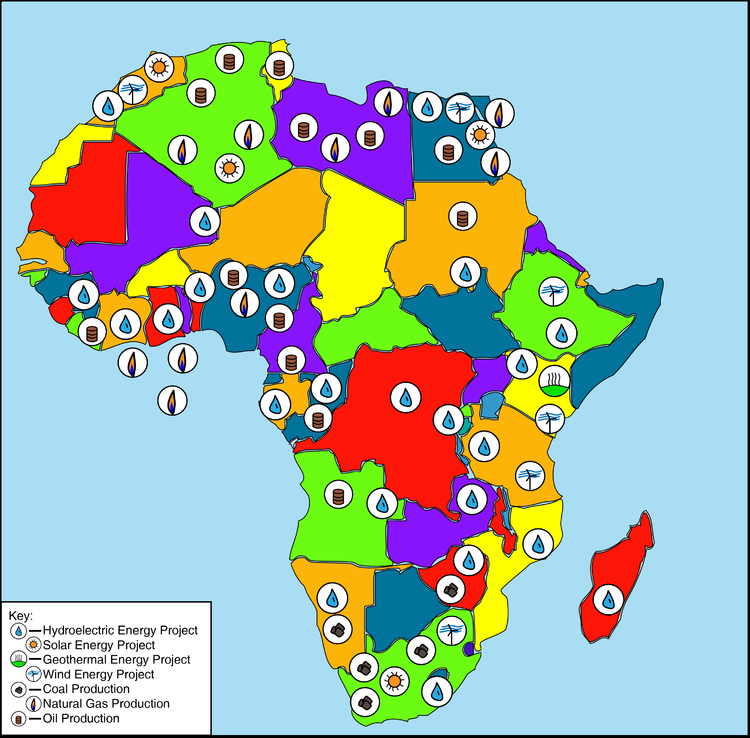 Not the answer you're looking for? Browse other questions tagged earth-history mining resources coal or ask your own question.

12
How many joules are required to mine a unit of coal?
6
Mud bricks with shale
2
Petroleum and coal formation
3
Coal self-heating and spontaneous combustion, how does this happen?
8
Could diamonds be formed from coal?
3
What was the percentage of land mass in prehistoric times when temperatures were high enough that we had no ice caps?
1
Coal fires affecting seismic activity, and also volcanoes
1
What is the origin of cleating in coal?
3
What is oldest known coal source?