Why is a layer of the subsoil so dark on this construction site?

I have this construction site right outside my house, which I would like to give you some geographical background about before asking my question. Have a picture first though 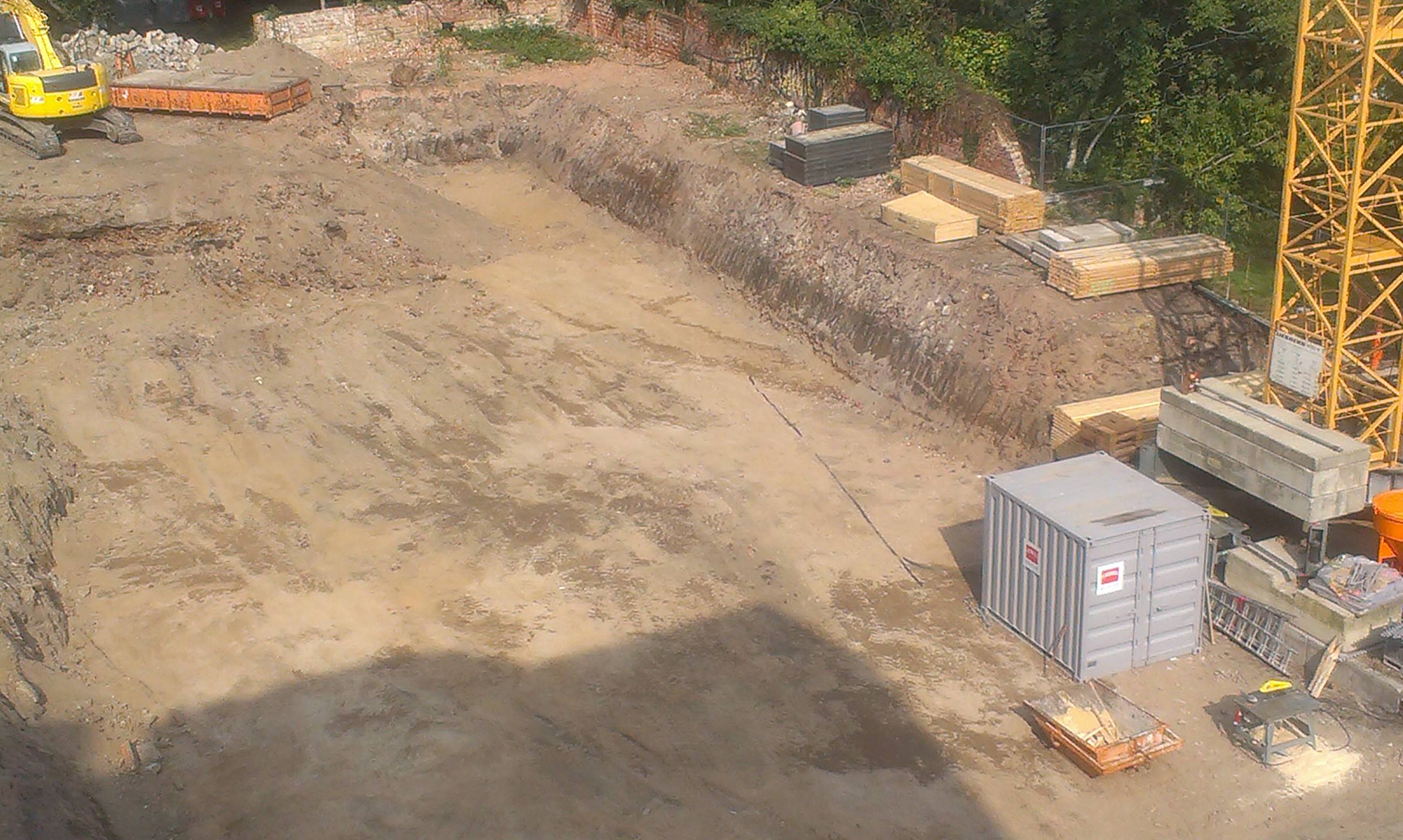 There used to be industrial buildings of red clay bricks like the piece of wall still remaining. These walls, however, had a white stone facade around them so I'm not too sure the wall still standing was indeed part of the structure before demolition.

The city I live in is Dresden, Germany and the district I live in was a major bomb dropping zone during WWII. For some reason in my district they decided to just let some walls of otherwise vanished old structures be and use them to mark estate borders, or to just be there really, which looks quite beautiful in some cases.

Seeing this construction site I cannot help but notice this black layer of earth under what seems to be a layer of rubble. Even though its not that noticeable on the left side, its continuous throughout the hole and starts appearing at the same height.

As I said before, this area used to be exposed to heavy bombardment. So now I'm wondering if that might be the "fire layer" where the excessive heat hast left its mark in the ground.

Or is it, perhaps, a natural occurrence in slightly deeper depths, for the soil to turn that dark?

So now I'm wondering if that might be the "fire layer" where the excessive heat hast left its mark in the ground.

The short answer is no. The layer seems to be about 1 meter thick. No bombardment related fire can cause blackening 1 meter deep.

Now, why is it "black"? First of all, it's not black. It's dark brown. I've seen black soils, and trust me - they are pitch black. There are several reasons for it. My best guess is that it's simply moist. You know how things appear darker when wet? Same here. My hint is the floor of the site. I'm guessing it's the same material, but it's drier so it looks lighter.

Not the answer you're looking for? Browse other questions tagged soil or ask your own question.

4
Why is the bedrock buried so deeply in much of northern Minnesota?
5
What is the connection (if any) between jarosite and subsoil biological activity near Spain's Río Tinto?
1
What method do I use to derive the organic material content (as a percentage) per layer in SoilGrids