I'm in an AP Environmental Science course, and while reading part of the chapter in my textbook about the nitrogen cycle, I saw this picture. 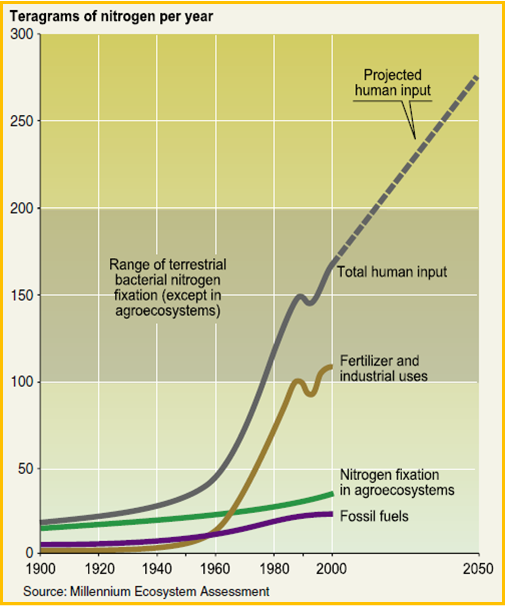 What I was wondering is what caused that dip in the nitrogen input in about 1995? I've researched online, but I haven't found anything.

First, don't take that graph too literally, it is just a cartoon version and isn't quantitatively correct.

The USSR heavily subsidized fertilizer until 1988. When they ended the subsidy, fertilizer prices increased to market prices and use of fertilizer decreased. Fertilizer use decreased further after the USSR fell a couple years later.

Fertilizer use in France, Germany, UK and Japan peaked in the 1980s and contributed to the decline. 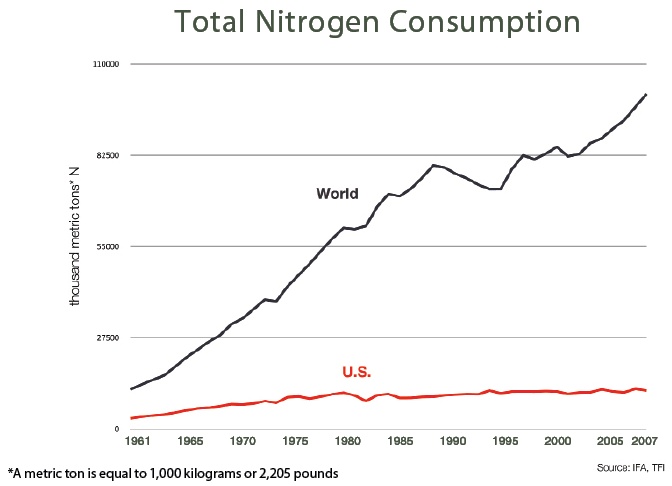 Not the answer you're looking for? Browse other questions tagged statistics human-influence nitrogen or ask your own question.

13
How are critical loads of nitrogen deposition on eco-regions determined?
10
Can human activity affect volcanoes?
5
Nitrogen cycle semantics; nitrification/nitrogen fixation
1
Does nitrogen fixation plants consume nutrients from soil
0
How to interpret correctly this chart about nitrogen oxide?
1
Is the maximum human population carrying capacity of Earth higher or lower than the current total human population?