Why is there a seasonal cycle to the amount of CO2 in the atmosphere?

I'm doing some homework on the increase of $\mathrm{CO}_2$ in the atmosphere. On one of the graphs it shows the amount of $\mathrm{CO}_2$ peaks in May and has a low in November. Why is this? Shouldn't it just be constantly going up?

Overall, the measured amount of $\mathrm{CO}_2$ increases, but in a cyclic pattern, as can be seen in observations shown below: 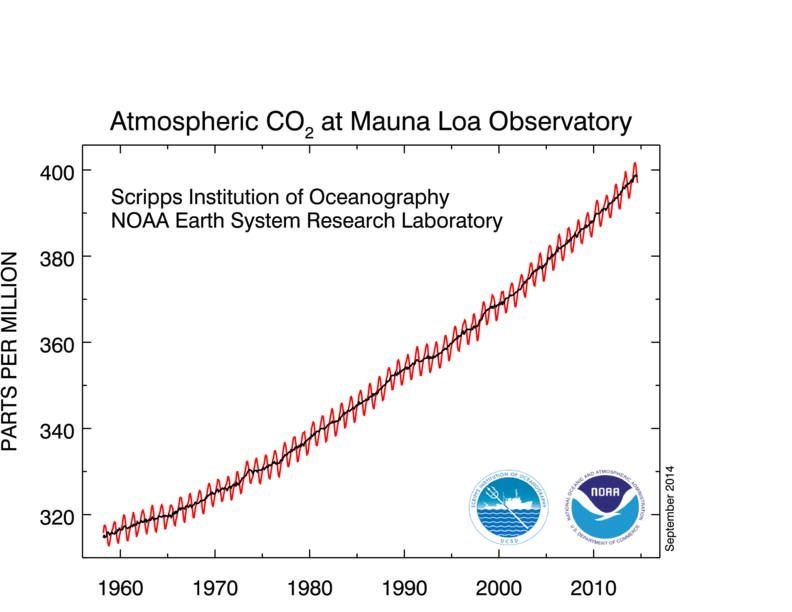 The fluctuations are seasonal, which is explained in the web page Seasonal carbon dioxide range expanding as more is added to Earth's atmosphere (NSF, 2013) summarises the seasonality as being

Levels of carbon dioxide in the atmosphere rise and fall each year as plants, through photosynthesis and respiration, take up the gas in spring and summer, and release it in fall and winter. Now the range of that cycle is expanding as more carbon dioxide is emitted from burning fossil fuels and other human activities.

Specifically, the effect is more pronounced in the northern hemisphere, with

more carbon is accumulating in forests and other vegetation and soils in the Northern Hemisphere during the summer, and more carbon is being released in the fall and winter 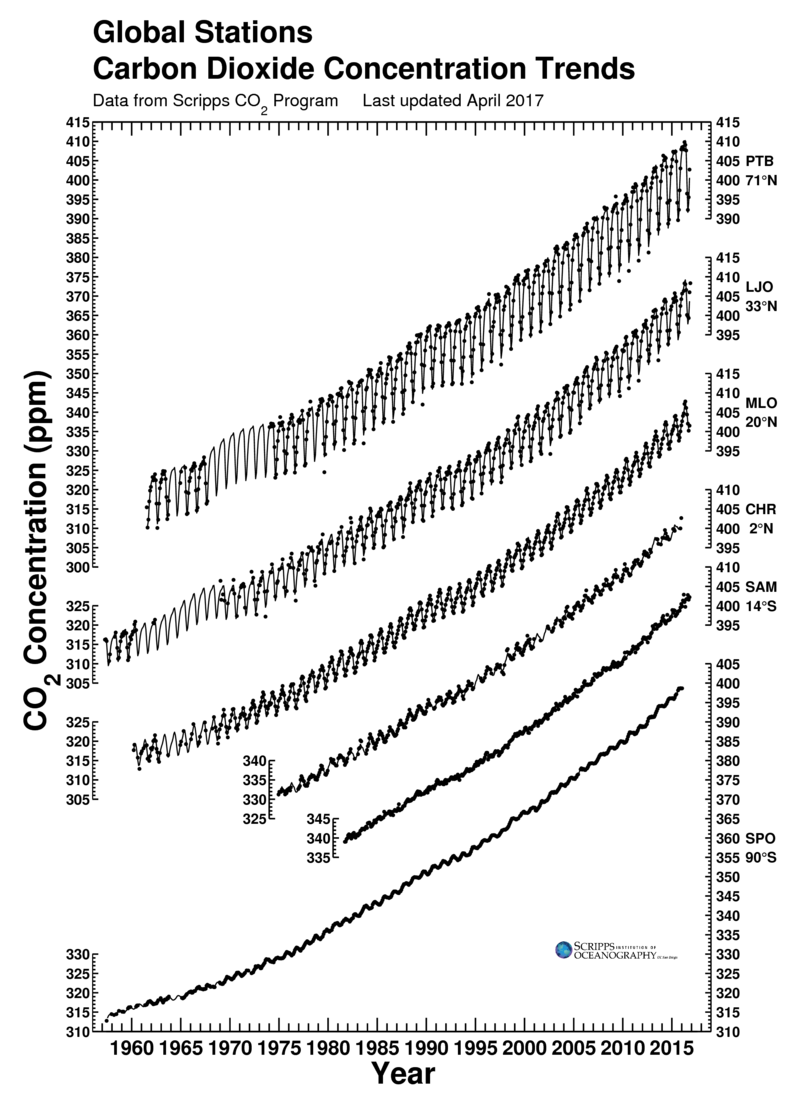 Note that all sites show a general increase in $\text{CO}_2$ concentrations over those 60 years. The sites in the Northern Hemisphere (Point Barrow, La Jolla, and Mauna Loa) also show seasonal variations, with the variations being the greatest at Point Barrow. The sites in the Southern Hemisphere (Christmas Island, Samoa, and the South Pole) show a much reduced seasonal variation, essentially vanishing at Samoa and the South Pole.

"Why are Seasonal CO2 fluctuations strongest at Northern Latitudes?" Scripps Institution of Oceanography

Not the answer you're looking for? Browse other questions tagged atmosphere climate-change co2 homework or ask your own question.

0
Why Do Carbon Dioxide Levels Vary Seasonally?
6
What causes the counter-intuitive presence of CO2 in the atmosphere during spring and summer months?