To what accuracy and precision do we know the volume of the Earth?

Satellites such as GOCE and GRACE measure the geoid with unprecedented accuracy. Altimeters can determine local surface elevation with millimetre-precision. This makes me wonder: to what precision and accuracy can we measure (or calculate) the volume of the Earth?

I'm a lay when it comes to solid Earth, and I find it surprisingly hard to find even the order of magnitude of an answer ($10^0$ metre? $10^3$ metre? $10^{-3}$ metre?). Wikipedia is extremely limited on the question and links to a surprisingly poor NASA factsheet that doesn't include any error estimates, cites no sources, and is imprecise in providing context or defining what it's talking about.

One can calculate the volume of Earth using semi-major and minor axes obtained from reference ellipsoids, but I have no idea how large an error is introduced by this approximation.

What are the precision and accuracy do we know the shape of the Earth?

That 51,000 cubic kilometer figure sounds like a lot, but it's not. It means the volume of the Earth can be expressed to seven places of precision.

Talking about the volume of the Earth, we have to ignore that it is not static but in fact highly dynamic. The tides alone make the height differ by up to 50 cm. The information I take is from a 2003 article from esri by Witold Fraczek.

As you said, we have different understandings of the Earth. Approximations are made to make calculations easier (and faster). We go from sphere to ellipsoid to geoid to actual measurements. One of these ellipsoid models is the WGS84, which is still maintained up to this day. Howver, when the GPS era started, satellites where having some serious troubles to get the heights right. Places would vary around 30-40 meters. So basically a better model had to be developed. 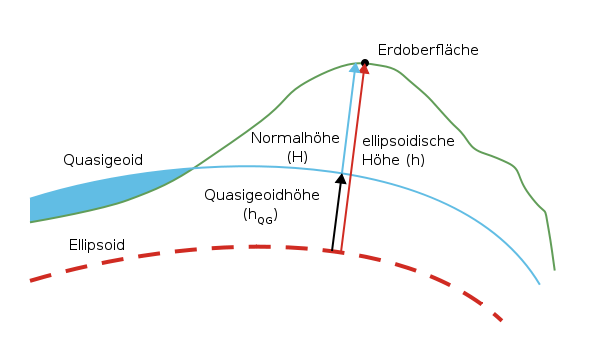 Geoid aren't as easy to calculate as you would think. The way it is actually done is by using gravitational measurements and the mean sea level (MSL). The image I used is from GRACE data, the most accurate model up to today. You can now use GIS to compute the variations from the reference ellipsoid. 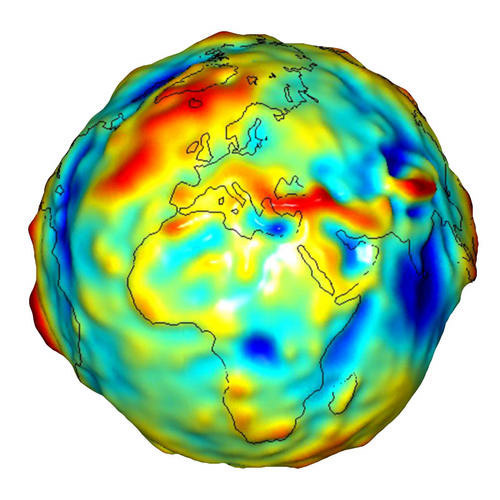 Let me just quote from the article:

The maximum range of the Geoid99 undulations with respect to the WGS84 ellipsoid is 192 meters. The biggest anomaly was discovered southeast of India where the geoid is 105 meters below the ellipsoid, and its highest swelling was observed in eastern Indonesia.

The geoid99 is far from perfect (and there are many newer models). However, from this we can see that the maximum error is in the 100m range, very localized too. Earth's topology is rather insignificant compared to the entire volume. I will not put a number down, as I don't have time right now to do any actual computations, but as a qualitative analysis this should give a basic idea.

Not the answer you're looking for? Browse other questions tagged geology geophysics planetary-science remote-sensing geodesy or ask your own question.

4
What does the term "topology" mean in geology?

36
How do we know the asteroids formed at the same time as earth?
9
What sort of instruments do planetary geologists use to predict that there are oceans on the moons Titan and Europa?
10
What color(s) would Earth be without water or life?
6
Why do we measure eustatic sea-level from the center of earth?
7
Compute direction of gravity vector
2
If the accuracy of measurement of the earth's volume is not known, how can scientists assert that the earth is not expanding?
2
What methods/apparatus are used to model the early Earth? What do we know of their accuracy?
5
Is it a coincidence that the circumference of the Earth in kilometers is almost $2^{12}$?