How are spherulitic structures formed in basalt rock?

After having studied the thin sections of basalt under the microscope, I have come across many spherulitic structures occurring in clusters.

How can this happen?

Is it due to devitrification or is it something else? What is the natural process behind formation of such structures? 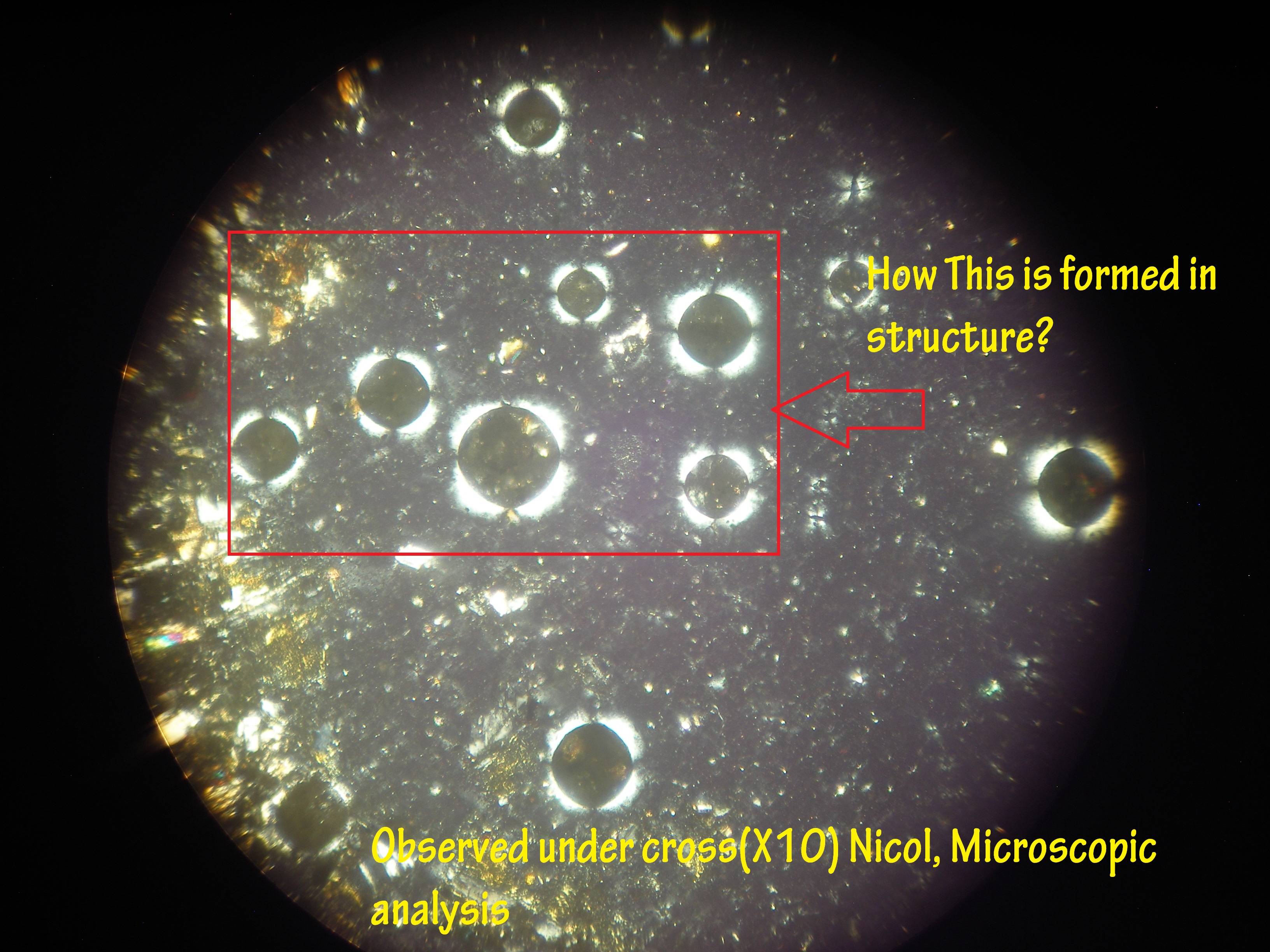 According to the image that you provided, what you are seeing are not spherulites, but rather epoxy bubbles. More on that later. I will first answer what are spherulites: 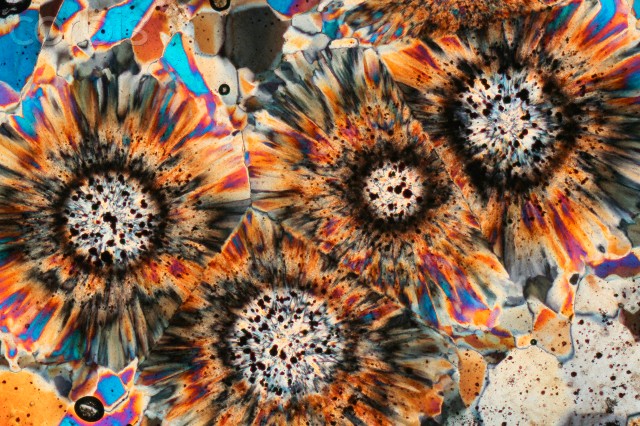 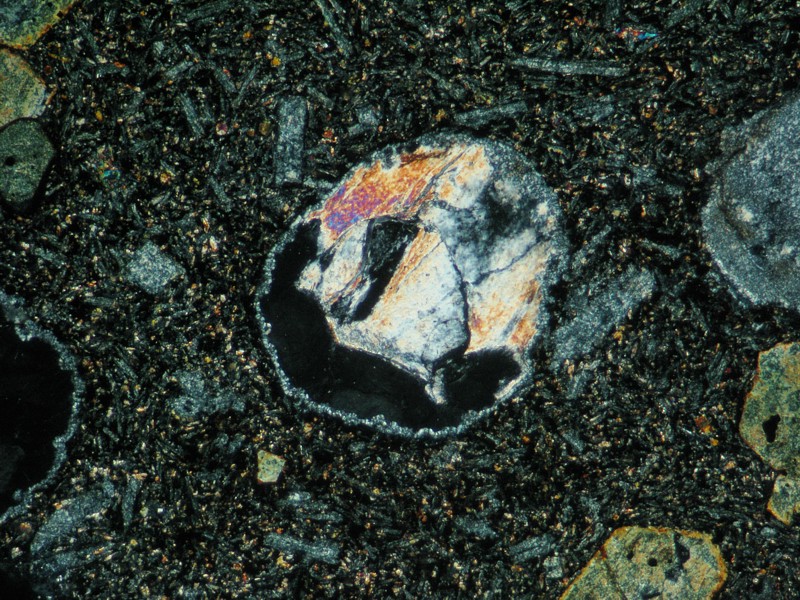 Notice how it doesn't completely fill in the gas cavity.

These are the two most common ways in which this can form. However, in your case I think the answer is less exciting than this. I am pretty sure that your rounded objects are simply bubbles in the epoxy. Here's why:

Not the answer you're looking for? Browse other questions tagged geology mineralogy petrology petrography or ask your own question.

14
How are the patterns in solid rock born
21
What caused the bend in the Emperor/Hawaii chain of islands, 45 million years ago?
10
How do you use the streckeisen (QAPF) classification ternary diagram to identify igneous rocks based on chemical rock composition?
5
What is serpentinization, in the context of disappearance of surface water on Mars?
3
"Obicular" structures in basalts
2
What do opaque rims on biotite in a volcanic rock mean?
2
What would a rock thin section look like without any polarizers?
1
How are tall cays formed?