Have meteorites been found in the oldest sedimentary rocks?

Dropstones sometimes occur in sedimentary rocks. These are foreign rocks and boulders that happened to "drop" into a sediment and were fossilised when the sediment was lithified. 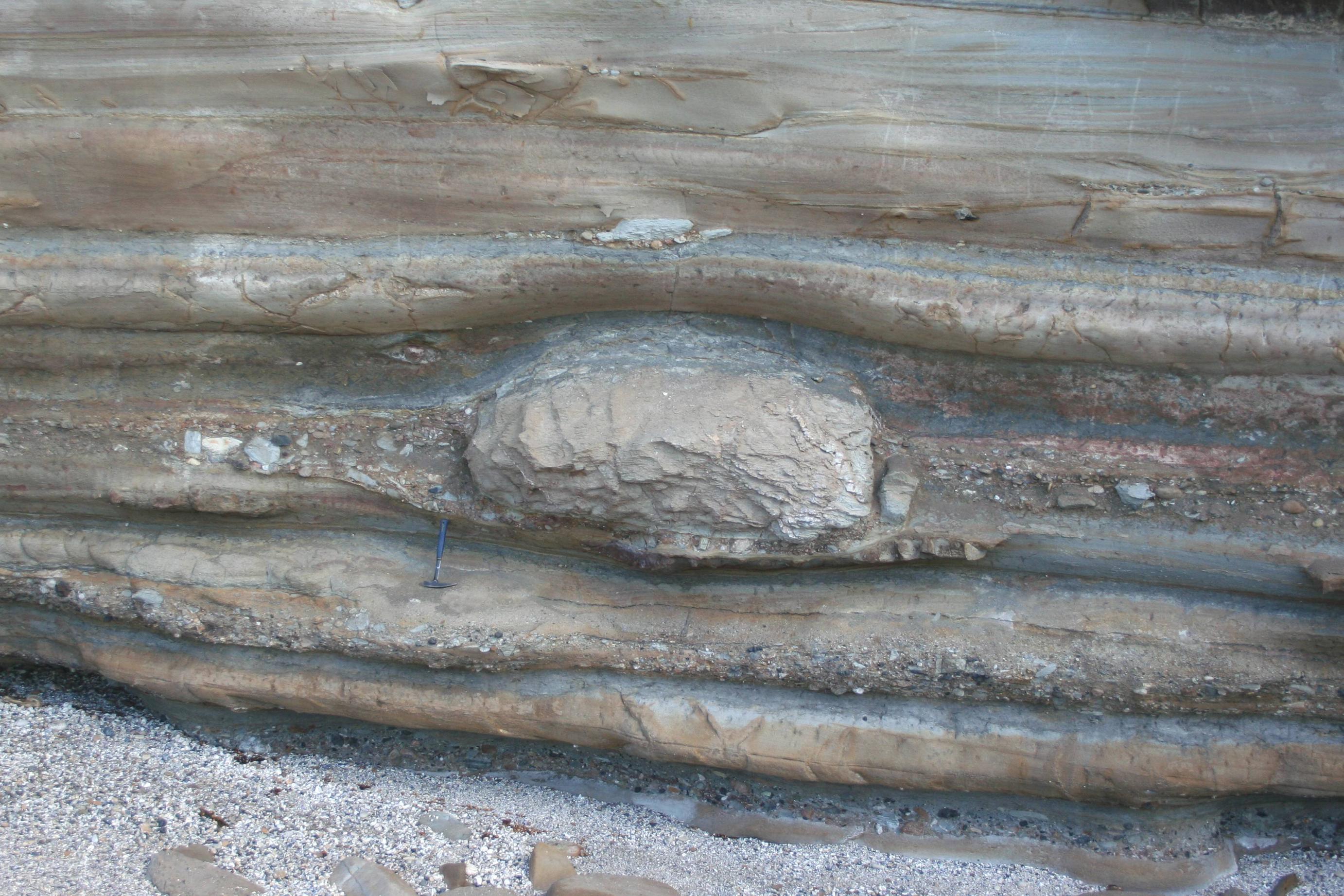 But what about meteorites? You can find meteorites here on Earth, and while such large blocks as pictured may be extremely rare, they do exist somewhere. We don't have a lot of meteorites now, but it seems to me that if we go back billions of years, it makes sense that somewhere, sometime, a meteorite has been incorporated into the rock record.

I suppose that it is also unlikely because most meteorites fall in the ocean is then subducted and the meteorite "dropstones" are lost to the mantle.

I found this recent (2020) paper talking about 20 cm large meteorites in Ordovician sediments, that came from the breakup of a larger asteroid:

A main source of meteoritic origin in sedimentary strata could have been likely to have been placed in a marine sedimentary environment as debris from a larger impact. Evidently, as you stated, the older the sediment, the greater the chance of alteration or even complete destruction of any trace of the fragments.

The authors of the article Noble gases in fossil micrometeorites and meteorites from 470 Myr old sediments from southern Sweden, and new evidence for the L-chondrite parent body breakup event (Heck et al. 2008) concluded that it was 'remarkable' that the solar gases trapped in the chromite grains from the Ordovician-aged 'fossil meteorites found in Sweden (and according to Meier et al. 2014, also in Russia and China) have survived not only the heat up due to entry into the Earth's atmosphere, but also the long residence time in the sediments.

Further back, finding pristine sedimentary layers, let alone intact meteorites within the strata become increasingly difficult to find, so there incorporation into the geology would be in the form of geochemical traces.

A couple of examples of this include the following, the Nature article (Abstract only - paywalled), Tungsten isotope evidence from approx 3.8-Gyr metamorphosed sediments for early meteorite bombardment of the Earth (Schoenberg et al. 2002), suggest that Archaean aged metamorphic rocks found in Greenland and Canada contain tungsten anomalies that can, according to the authors, only be meteoritic remnants in the metamorphosed sediments. Chemical traces of possible chondritic origin have been hypothesised to have been included in Archaen spherules in metamorphosed sedimentary strata in South Africa, according to the article Geological and Geochemical Record of 3400-Million-Year-Old Terrestrial Meteorite Impacts (Lowe et al. 1989) (Abstract only -paywalled).

Yes, meteorites have been found in limestone. See e.g. the following references:

Geochemistry of meteorite-rich marine limestone strata and fossil meteorites from the lower Ordovician at Kinnekulle, Sweden:

Ancient geologic conditions in southern Sweden were ideal to preserve meteorites that fell to Earth about half a billion years ago. Researcher Birger Schmitz (working as a visiting professor at Rice University and now at the University of Lund, Sweden) and his colleagues in Göteborg, Sweden have analyzed over 40 of these rare fossil meteorites along with relict chromite grains collected from sites in a 250,000-square-kilometer area of 480-million-year-old limestone.

Origin of fossil meteorites from Ordovician limestone in Sweden:

Mid-Ordovician ( ~470 Ma) limestone exposed in the Thorsberg quarry in southern Sweden was found out to contain anomalously high concentrations of meteorites: more than 80 fragments ranging from ~1 to 20 cm across were found over an area of 6000 m2

Not the answer you're looking for? Browse other questions tagged earth-history sedimentology meteorite or ask your own question.

17
What temperature do small meteorites have on impact
12
Can concretions form in non-sedimentary rocks?
11
Regarding the theory of the origin of water on Earth through meteorites, why wouldn't the water evaporate on impact?
11
Identifying sedimentary rocks in hand specimen
35
Why is Earth's age given by dating meteorites rather than its own rocks?
11
What is the oldest sediment?
13
Could the original H. naledi "burial chamber" have originally been at a shallower depth?
4
Are the magnetic elements of meteorites that have struck Earth aligned with the magnetic field?