Will a volcano erupt in Australia soon? 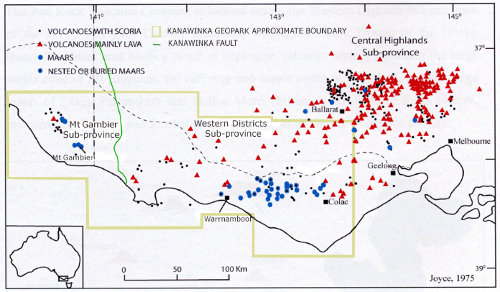 Bernie Joyce, of Melbourne University, has studied the late Palaeogene-Quaternary volcanoes in this region, the last eruption believed to have been at Mt. Gambier in South Australia, erupting about 5000 years ago (image below). His study revealed that the frequency of eruptions is about 1 every 2000 years. 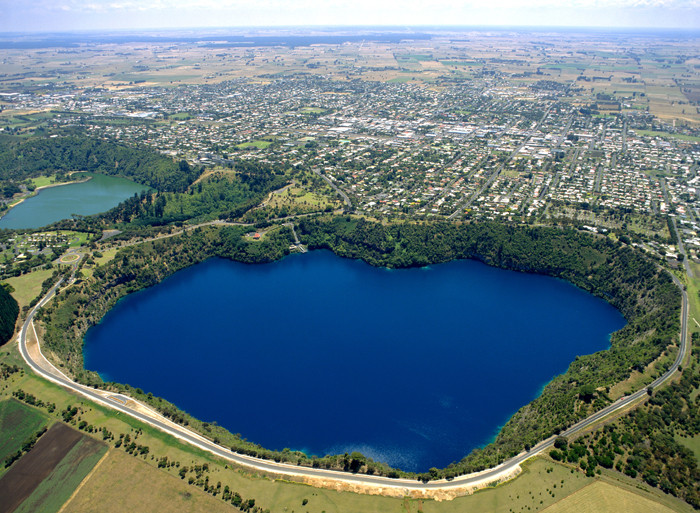 It is clearly an example of intraplate volcanic activity, as the plate boundaries are a considerable distance away, as shown below.

What evidence, other than the periodicity mentioned in the article, is there that a future volcanic eruption may occur in south-east Australia?

There are some well established means of detection of an imminent volcanic eruption; however, having said that, I must mention the caveat that not all the signs occur and in some cases, such as the recent Mt. Ontake eruption in Japan - volcanoes can erupt without warning.

Another thing to consider is that the notion of a volcanic eruption anywhere on the Australian mainland is enough to get the media all excited and to latch on any piece of sensationalism, as suggested by one of the commenters in this volcanism blog entry, stating in regards to quotes and information the media attribute to Professor Bernie Joyce of Melbourne University (A person I have met in the past and I can vouch for his non-alarmism):

This nonsense runs in the media here about once a year. What Dr Joyce is really trying to say is that Southwest Victoria has a history of monogenetic volcanism, and should have some contingency plans in place similar to Auckland.

So, the signs of an impending volcanic eruption may include the following (in summary from the Oregon State University page What are the signs that a volcano is about to erupt?:

First and foremost, increased or anomalous seismicity (as suggested by Gary Kindel in the comments to the question). Earthquakes are not uncommon in Australia, and not uncommon in the area in the volcanic field of Victoria and South Australia. Some earthquakes have been reasonably severe, as shown in the map below, from the University of Western Australia's webpage Volcanoes & Earthquakes in SE Australia:

Additionally, as earthquakes in Australia are intraplate, they tend to be considerably shallower than those from plate margins, with, according to the Seismology Research Centre, depths usually less than 20km.

According to the USGS earthquake track page for Mt. Gambier, there has been some seismic activity in the past 25 years, but not much at all - a total of 5 earthquakes, ranging in magnitude from 2.8 to 4.7 and at depths from 10-22km - not particularly anomalous, especially when compared by the literally dozens of quakes occurring in the state of Victoria (including non-volcanic areas) of similar magnitude and depths in 2014 alone.

However, as more seismographs have been established over the area, there have been some anomalies, including (from the University of Western Australia):

Three earthquakes of magnitude approximately 2.5 occurred in the vicinity of Mount Gambier in January and February of 2003, with greater than usual depths ( ie, approximately 40 km deep). Some scientists have suggested that they may be generically related to the volcanoes in the area.

According to the Geoscience Australia report Australian Seismological Report 2008 - addendum, there is still significant seismic activity around Mt. Gambier and comparatively less in western Victoria (as seen in the map above).

The Oregon State University document also states that the presence of fumaroles and ground deformation are also signs of potential volcanic activity. In terms of western Victoria and south-east South Australia, a conclusion regarding this is given by the University of Western Australia:

Many of the volcanoes have preserved their classical volcanic shapes, and the region is considered by some to be volcanically dormant rather than extinct. However, note the conclusion by Cliff Ollier ( in "Landform Studies from Australia & New Guinea, by Jennings & Mabbutt, 1967, p 338) - " Perhaps the most remarkable feature of Victorian vulcanicity is its complete cessation. Older basalts were erupted in Victoria through long periods in the Tertiary: the newer basalts were erupted throughout the Pleistocene and extended into the Recent. The last eruption probably took place only 5000 years ago, and yet there are no fumaroles, no hot springs, no anomalous temperature gradients or seismic effects, in fact nothing to indicate how recently the volcanic activity ceased."

However, according to the Romsey Australia blog-page Is there a risk of a volcanic eruption in Australia?, Professor Bernie Joyce has developed a volcanic hazard map, regarding the potential risk according to his research and observations: 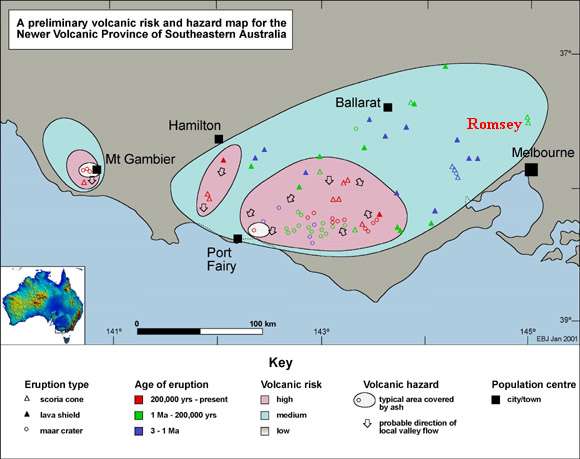 And notes that with an eruption that formed Mt. Gambier

an eruption could either be an explosion like the one at Mt Gambier, creating a big hole in the ground

with little or no warning. But another scientist Dr. Wally Johnson disagrees in part, stating:

"If Mt Gambier did erupt it would impact on local communities," Johnson said. "But any changes to the state of these volcanoes would be noticed early on, either through earthquakes, or in the case of Mt Gambier an increase in the temperature of the water.

This leads to one final point, recent studies and observation reported in the Romsey blog section Geologists suspect an earthquake that originated 50 kilometres from King Island in February 2002 signalled the reawakening of the hot spot - Bass Strait is the waterway separating Victoria and Tasmania - this is known as the East Australian Hotspot which is a considerable distance from Mt Gambier and the other Victorian/South Australian volcanic centres. Shown on the map below: 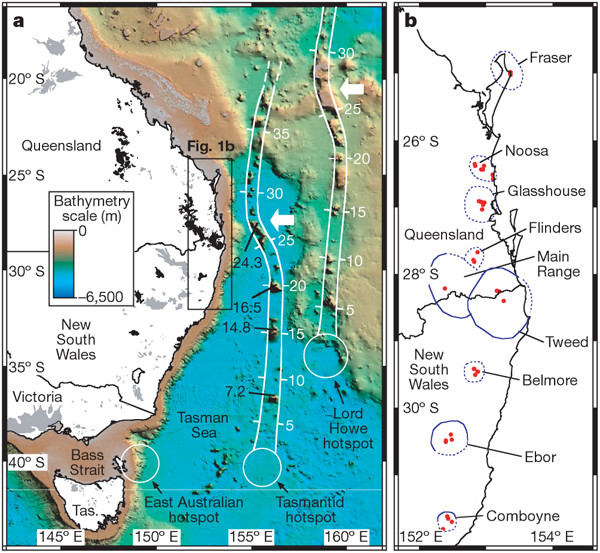 13
Why would volcano eruption cause cardiac arrest?

13
Why would volcano eruption cause cardiac arrest?
11
Olympus Mons sized volcano on Earth?
20
Why does Volcano Lightning occur?
11
What precursor geological activity occurred prior to the Parícutin Volcano eruption in 1943?
19
Is there any consensus of what caused the Lusi Mud Volcano eruptions in Indonesia?
14
What is likely to have happened with these newly discovered antarctic volcanos below the ice?
3
Volcano in ocean?
11
Would a volcanic winter trigger an oceanic "spring"?

// TODO sg: TMP solution until we are confident in our current implementation of async imports // once we are, we can move the if into the js entry file and dynamically load the mark obsolete module