Were dinosaurs with feathers common?

More and more evidence of fossilized dinosaurs with feathers are appearing. Did many dinosaurs have feathers and did this change during the Mesozoic?

Keep in mind that although I am a paleontologist, I am not a vertebrate paleontologist so I might not be aware of every single find ever made of feathered dinosaur.

As far as I can tell, all dinosaurs fossils exhibiting feathers belong to the Theropoda. Here is a (probably dated) phylogeny of dinosaurs from Sereno 1999: 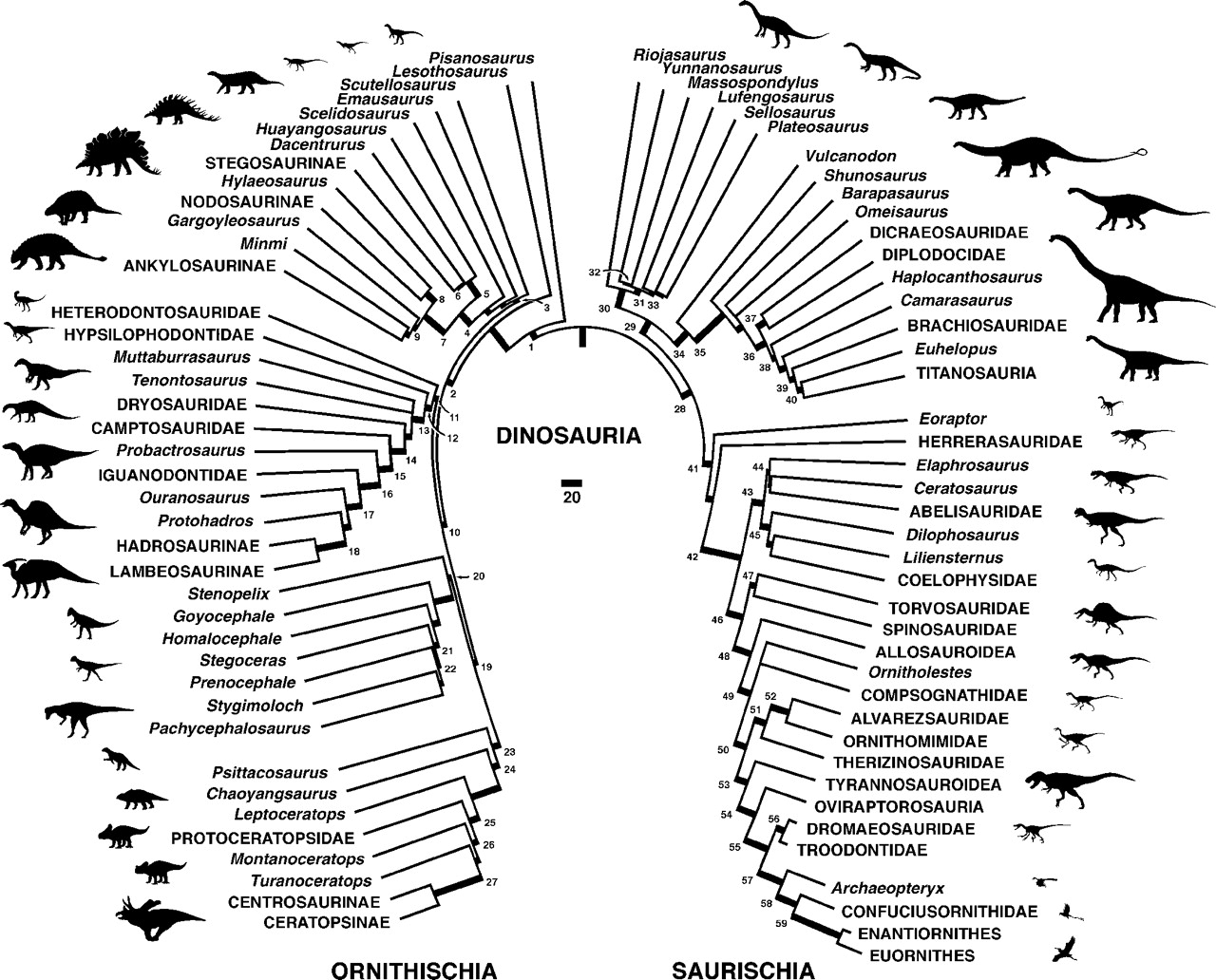 Theropoda is the group from Eoraptor to Euornithes.

While Eoraptor is Triassic, the group diversifies mostly during the Jurassic (still Sereno 1999) and it is also during that time that we start having "common" feathered dinosaur fossil evidence (e.g. Zhang et al. 2008, Sullivan et al. 2014).
Birds (Aves) seem to have appeared in the late Jurassic / early Cretaceous as well, but modern birds (Neornithes), i. e. birds with living representative, appeared only in the late Cretaceous.

I don't know of any proper (sample-standardized, with coherent bias detection and removal) paleodiversity study for the theropods, although there is one for Aves (Brocklehurst et al. 2012), so it's hard to discuss about it at a species level.

In theory, feathers are more likely to fossilize than other soft tissue (Davis & Briggs 1995) but in practice they are mostly found in finely grained sediments such as limestones, thus limiting the amount of outcrops in which they can be found.

Not the answer you're looking for? Browse other questions tagged paleontology or ask your own question.

16
Did the impact event that caused the Chicxulub-Crater definitively and single-handedly cause the Cretaceous-Paleogene extinction?
10
What evidence is there that plant evolutionary history "dances to a different beat" than that of animals?
10
Is the Younger Dryas associated with an extinction event?
0
Are there any geological periods found on top of each other that have dinosaurs of that period with in them?
1
Dino-birds or "Pigeon-o-saurus"
4
Do you have any informations about fossil-rich cherts from Scandinavia?
5
How were smaller reptiles/mammals more successful at surviving the KT event than larger dinosaurs?
1
How to start studying dinosaurs and pre-historic mammals/sea creatures