What type of cloud formation are these dark low-hanging clouds?

I was thinking it could have been a non-rotating wall cloud, but I'm not sure. 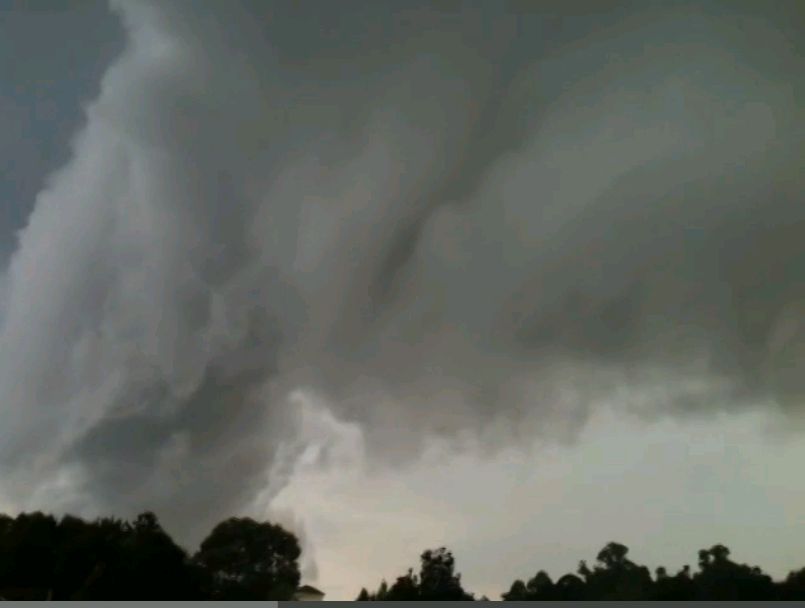 Based on your video, it does appear to be a non-rotating wall cloud - but admittedly, it is hard to definitively determine, mainly as it is hard to see any updraft.

Another example of a non rotating wall cloud is from NOAA's Cloud Classification and Characteristics page (image below):

The lowering denotes a storm's updraft where rapidly rising air causes lower pressure just below the main updraft, which enhances condensation and cloud formation just under the primary cloud base. Wall clouds take on many shapes and sizes. Some exhibit strong upward motion and cyclonic rotation, leading to tornado formation, while others do not rotate and essentially are harmless.

Alternatively and given the possible absence of the characteristic updraft of a wall cloud, it could be a scud cloud, similar to the one shown below 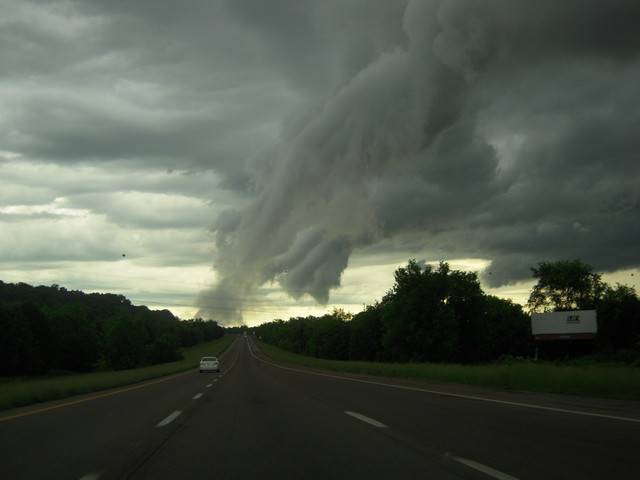 A scud cloud is defined by Accuweather as being:

A handy tip to tell the difference between a wall cloud and a scud cloud is (according to Accuweather):

to watch their relative position with respect to the rain area: scud clouds move away from the rain area while wall clouds maintain the same relative distance.

A video tutorial is included in the Accuweather site

12
How can you explain this storm phenomenon?
6
What type of storm cloud is this?
9
What type of clouds are these?
5
What kind of cloud is this?
8
Clouds moving in opposite directions
3
Conditions at the bottom of a VERY deep hole
19
Why clouds are not moving in NASA's video of the Moon passing in front of the Earth?
3
What could the ball of cloud I saw be?
3
Are there "transparent" clouds?