Why does Volcano Lightning occur?

There are many pictures I've seen of lightning coming out of the plume of smoke caused by a volcano (Often called 'Volcano Lightning'). 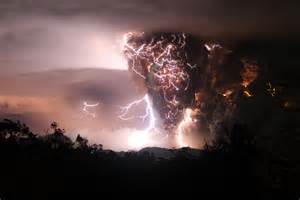 To actively take measurements from the mount of an erupting volcano is not practical, so the mechanisms are often modeled in a laboratory, such as what was performed in the article Experimental generation of volcanic lightning (Cimarelli et al. 2014), who determined that volcanic lightning is controlled by the dynamics of the volcanic jet and how much fine particulate matter is present.

A key observation that the researchers found was that the movement of clusters of charged volcanic ash and other particles form to generate an electric potential, critical for the generation of lightning. An idealised diagram of this process is shown below: 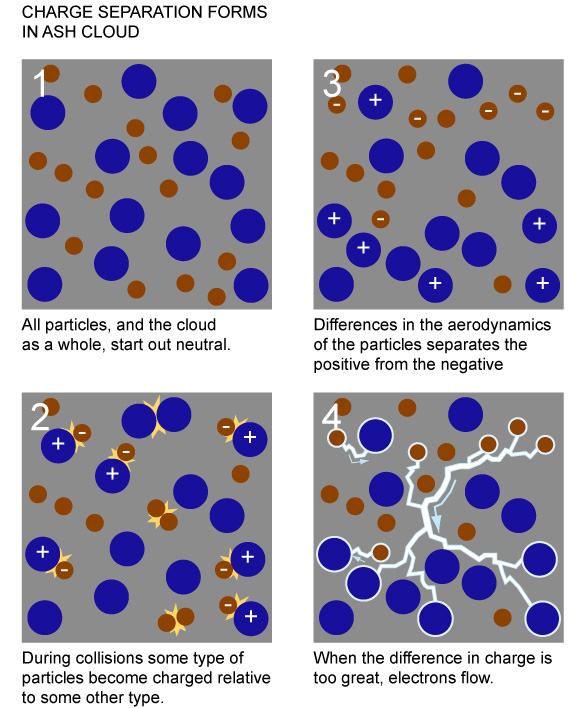 As to why the particles themselves are charged was researched in the article Electrical charging of volcanic ash (Aplin et al. 2014), which suggests the ash becomes charged through fractoemission, triboelectrification, and the “dirty thunderstorm” mechanism, and the authors also suggest that natural radioactivity in the volcanic emissions may play a role.

From my knowledge, lightning is formed when a static charge develops between ice particles in a cloud, and the charge is neutralized via an electric strike to the ground.
In a volcanic cloud, there is a lot of ash and very high temperatures. The ash is a substitute for the ice particles. The temperature difference between the ground and air allow for easier charge build-up as well.

Volcanic clouds also cause large updrafts which may result in a storm and "normal" lightning.

The discharges are due to the charged particles carried aloft by the plumes rising from or shot from a volcano. The plumes may be dominated by positive charge but usually it also contains regions of negative charge. These regions can discharge to one another or to ground. The current in a discharge can heat the air so intensely that the air expands faster than the speed of the sound — such expansion sends out a shock wave which reaches an observer (who is hopefully at a safe distance) as a loud boom!

Not the answer you're looking for? Browse other questions tagged volcanology volcanoes lightning or ask your own question.

61
Why does lightning strike from the ground-up?
13
Cloud-to-ground lightning in Florida?
9
Why does New Zealand and cold countries have volcanoes?
8
What is the best way to stay safe while photographing lightning storms?
3
Why does upwards lightning use only one path but downward lightning uses multiple paths?