What is the predictability of El Niño/La Niña?

What is the maximum period of time into the future that an El Niño event can be forecasted with reasonable accuracy and what are the limitations in predicting the time limit?

All season forecast systems are subject to uncertainty. The uncertainty arises from an imperfect initial state, such as initial conditions, and from imperfect models, such as uncertainty due to, numerical methods, parametric models, data sampling. Forecasting systems utilize ensembles and their spread to quantify uncertainty.

See the spread in forecasts for El Niño produced by a number of international models: 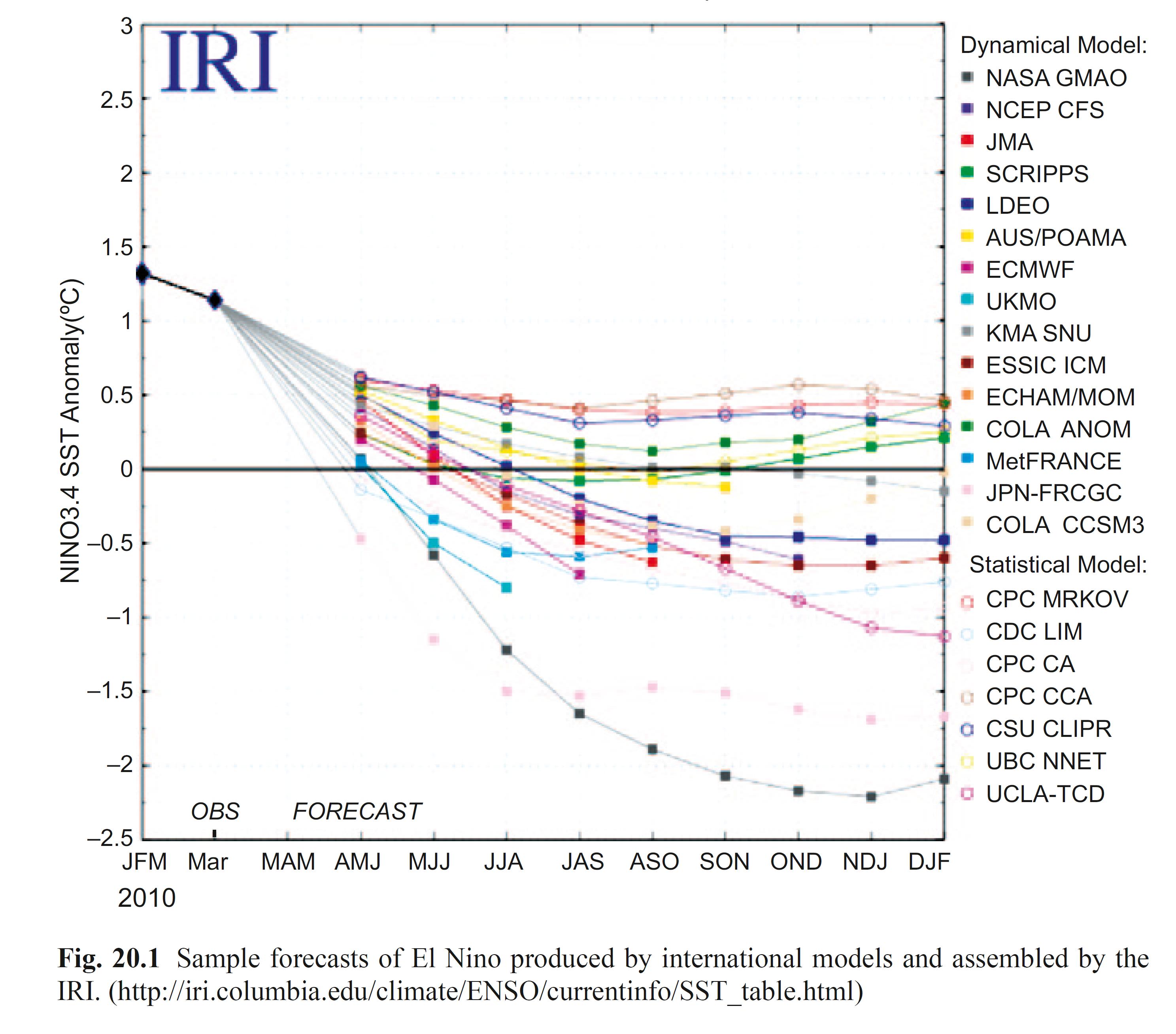 When considering large scale processes varying on interannual scales ENSO, which is the coupled process of El Niño/La Niña SST anomalies and the Southern Oscillation, is relatively well predictable. However, the fidelity of the forecasting is modulated by the season, the phase and intensity of ENSO. For example, there is a decrease in skill during the so called "spring predictability barrier" where, during the boreal spring when SST anomalies are abnormally variable. Model drift (such as SST drift as the forecast progresses) and bias especially for a couple-model such as the ENSO, is a very real issue. After only a season the bias inherent in the results renders the forecasting unreliable to the point where the model may be unable to recognize different types of ENSO (such as classical East Pacific versus central Pacific ENSO events).

So unfortunately at this time your specific question is still very hard to answer with any degree of satisfactory precision. But at least we know that it is not more than one season in the future.

Not the answer you're looking for? Browse other questions tagged meteorology oceanography enso climate-models predictability or ask your own question.

12
Why does El Niño enhance the jet stream?
12
Is there any correlation between La Niña/El Niño and seismic activity?
14
What is El Niño Modoki?
17
Can climate models reliably predict meteorological extremes?
4
Confirmation of historical El Niño events
3
Can El Niño and La Niña occur at the same time?
8
How much further can weather forecasting models go before the limits of Chaos Theory set in?