What precursor geological activity occurred prior to the Parícutin Volcano eruption in 1943?

Parícutin Volcano, sometimes referred to as the 'A Volcano Born in a Mexican Cornfield' (which is also the title of a book published in 1993, more information here), was one of the most well documented and observed volcanic eruptions in the world.

Quite literally, it grew out of a fissure in a cornfield in February 1943, continuously erupting until 1952. 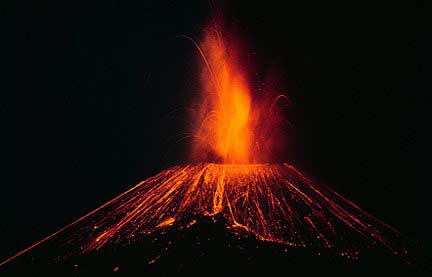 What does the evidence suggest for precursor geological processes occurring immediately prior to the Parícutin Volcano eruption in 1943?

The region around the Parícutin volcano is within the Trans-Mexican Volcanic Belt and is affected by the subduction of the Cocos and Rivera Plates (Gardine et al. 2011), as seen in the image below (from Langridge et al. 2013): 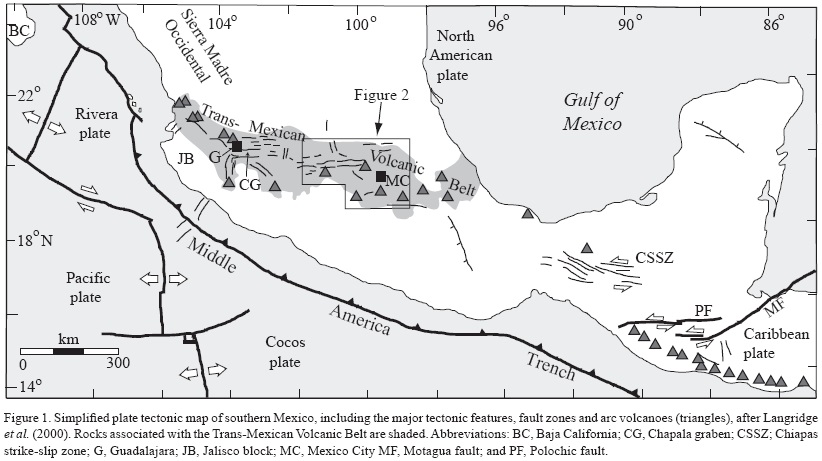 As the petrology is very recent, it has provided scientists an unprecedented opportunity to study a complete volcanic sequence. Petrological observations reported by Erlund et al. (2010) determined that there were 3 main distinct phases of volcanic activity, the initial phase, which lasted only about 4 months, is what is relevant to this question.

Erlund et al. (2010) extensively studied the basal tephra, their results suggest the following occurred immediately prior to the 1943 eruption:

This magma movement is likely to have caused the ~45 days of seismic activity that was noted before the fissure opened up in the cornfield, initiating the Parícutin volcano eruption.

There is a more modern day analogue to the associated seismicity, based on models developed by Gardine et al. (2011) from an earthquake swarm that occurred near to the Parícutin volcano in 2006, where the low magnitude earthquake swarms occurred in clusters that demonstrated reasonably rapid ascent and lateral movement - suggesting not only a possible mechanism for magma ascent, but also demonstrates the region is still very active.

This is a very good question. I just took a look at Erlund's paper and note that the geochemistry may say some interesting things about the origin of the magma. The authors were much more interested in the processes that affected the magma after it was formed and do not get into the origin of the magma very much. But the Mexican belt is a subduction zone and the key is that it is subducting relatively young oceanic crust. When the crust goes down young and therefore relatively hot, the crust can melt. The magmas generated when the crust melts are very different than those that form when water is dehydrated from the crust and goes into the mantle and causes melting (the typical process in arcs).
It turns out that young crust melting gives a very distinct rock that displays a very specific geochemical signature called adakites. There are adakites all through the Mexican subduction zone. The Parícutin rocks are right on the border as far as whether they match adakite signatures and they could be partial melts of the slab. Sr/Y and La/Yb are the keys but they did not analyze Yb and the Sr/Y ratios place the rocks just on the border of the adakite field. The rocks have very high Al2O3 which is another characteristic of adakites.

24
Why did the Laki eruption of 1783 produce so much fluorine?
13
Why would volcano eruption cause cardiac arrest?
10
What geological events could cause a Volcanic Explosivity Index (VEI) level 9 eruption?
11
What would be the precursors to a repeated Lake Toba super eruption?
5
What drove the Puy de Dôme volcano?
6
What theories exist connecting volcano temperatures to eruption probabilities?
4
What is the largest earthquake attributable solely to volcanic activity
1
How much did the worst volcanic eruption in human history affect global temperature?
3
Can people on the side of a volcano survive the eruption?