What would it take to confirm or refute the Snowball Earth Hypothesis?

Since Harland's sedimentary work and Budyko's models in the 1960s, geologists have hypothesized that the Earth may once have been completely frozen. There are various lines of evidence for this event.

What would it take to conclusively confirm or refute this hypothesis, short of going back in a time machine?

In order to confirm the snowball earth hypothesis, we'd need at least:

Bennet et al showed that there are several origins of the 'dropstones' not associated to glacial deposits. The dropstones are the sole material, circunstantial, presented as evidence of global glaciations.

The whole story started because of the Faint Young Sun - only 70% of energy output leads to a frozen Earth - a Paradox because there was liquid water on Earth and Mars that required a Hot Past. The same with Mars Hot past (the CO2 feedback as a source of heat preservation was dismissed recently).

We have already strong biological and geological evidences, that can not be dismissed, against the Snowball Earth old theory:

The conclusion can only be: The Snowball Earth Theory is dead.
But ... to solve the conundrum we have to put the planets closer to the Sun in the past or increment it's energy output. A new theory?

A paradigm shift was motivated by the following considerations:

Two studies were concluded outside the academia (not peer reviewed - blame the system and not the author):

Edit add:
Some (a lot of) people have prejudice against new ideas that appear out of the academia. In this case the new ideas grew in front of my eyes decades ago and if you find any error or anything to be better explained in those docs you can ask me. Be polite and do not pretend to judge them without reading the content as it seems to be the usual case. The first doc has more than 1000 downloads and not a single error was mentioned until now. Be the first to argue.

Our results are further supported by a nearly identical cooling trend for the ancient ocean as inferred from the deposition of oxygen isotopes. The convergence of results from natural and physical sciences suggest that ancient life has continually adapted to changes in environmental temperatures throughout its evolutionary history. 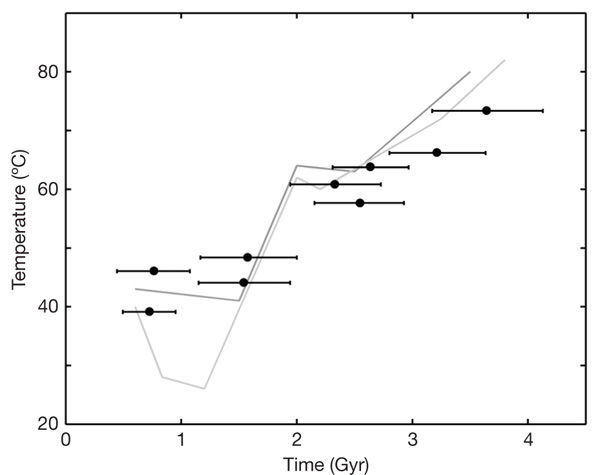 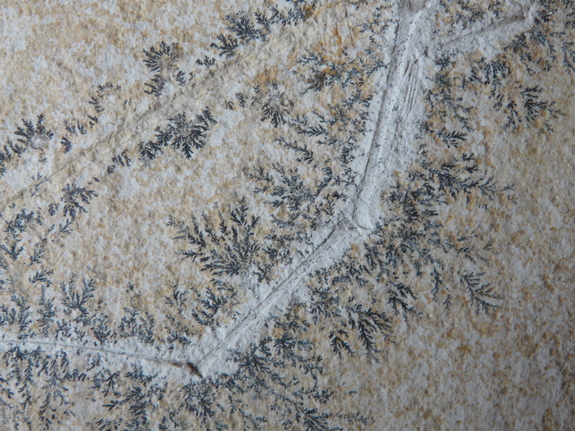 Due to the fact that basic logic is absent in the comments ( ‘Atoms are not shrinking. I assume the rest of this answer is equally silly’) I’ll have to extend the implications of the Considerands above expressed to show that the downvotes are due to the lack of appropriated knowledge of laws of Logic and/or Physics. Playing with Legos or scaled trains/cars, designing Computer Models of the reality or engineering scaled material models (similitude) can give a better insight of the solution here briefly described.

The 2nd consideration “We measure...” was intended to show explicitly that the units of measure are in one to one correspondence with the atom properties with the example of atomic mass. It is obvious, by definition, that the same is true irt the charge unit. The length unit can be assumed to be in a one to one correspondence to the atomic Bohr radius. Assuming the constancy of the light speed ‘c’ the Time T is tied to the Length unit. The simple and intuitive mode of reasoning is this one ‘without atoms we have no units of measure at all then it follows that the units are in correspondence with the atom, whatever its actual ‘size’’. From this I see a logical error in the statement “Atoms are not shrinking” because no law of physics have stated that and I’m sure that it is not missing such law.

Lets see some examples:
The electron mass $m_e$ is left as a free parameter in Quantum Mechanics and in Atomic Physics but the ratios of the masses of particles have to be the same.

The 3th consideration: “The redshift of the radiation we receive from the past can be interpreted as the emission from larger atoms” was scrutinized at PSE and showed the impossibility to distinguish the spectrum of the atomic radiation emited from an atom in motion and the one of a scaled atom - PSE as acknowledged by the author of the accepted answer, after clarification that Wolfram equation on the hyperfine structure he used was indeed wrong.

The 1st consideration is a basic tenet of physics that never should have been forgotten and was indeed in the minds of all the physicists a century ago. The difficulty of finding the correct explanation of the measured space expansion, besides the naif one: ‘the galaxies are moving away’ brougth philosophical problems and magical entities like the ‘dark’ energy, BB, inflation period, etc… in what in the universe is forbiden: ‘free lunches’.
This new model is not a theory but a model because it was drawn from data with no ‘IFs’ and no hidden or undeclared, unverified, postulates like the one ‘the atoms are not shrinking’. Because in the laboratory there is no feasible experiment to make evident that the atoms evolve, or not, one can not jump to a conclusion without the theoretical analysis like the one done in this model.
The actual function that describes the scaling of the matter was deduced to be $$\alpha(t_S)=e^{-H_0\cdot t_S}$$ and $t_S$ is the time unit of the system $S$ used as reference, a non evolving one.

In the meantime I’m traveling the desert receiving up and downvotes from individuals that did not studied this issue and have no other way to answer the million dollar question, except ‘I assume/believe’:
Is it the case that the space expands or the atoms that are shrinking?

Now we have enough data and knowledge to say that the Snowball Earth theory is dead because it was proved wrong by the Life itself and by the geological records.

A final remark - I commented that the temperatures on the graph are lower than the real ones because a rise in the temperature makes the seawater to migrate to the atmosphere and the pressure and the boiling point rises too. The studys only considered a standard atmsphere of 1 bar.

Not the answer you're looking for? Browse other questions tagged paleoclimatology glaciation or ask your own question.

10
How was the Marinoan Glaciation triggered?

30
What is the status of the Raymo & Ruddiman idea that Tibet cooled the Earth?
8
Is there conclusive evidence to refute an earlier oxygenation of the Earth's atmosphere?
18
Why deep ocean didn't freeze during snowball Earth?
8
Did the surfaces of the oceans freeze over entirely during the snowball Earth periods?
6
What caused the earth's climate to stabilise ~10 thousand years ago?
6
How long does earth take to recover from mass extinctions? What is "normal"?
5
How would Earth map look like if all ice melts?
2
Why rely on climate models as opposed to paleoclimate data?
0
Will a new glacial age take place on Earth or Holocene will become a new climatic epoch?
3
When would the next glaciation appear? Worst case