Snow from Fire: Could graupel, or even snow, fall from pyrocumulus clouds?

An example of what one looks from above, is below: 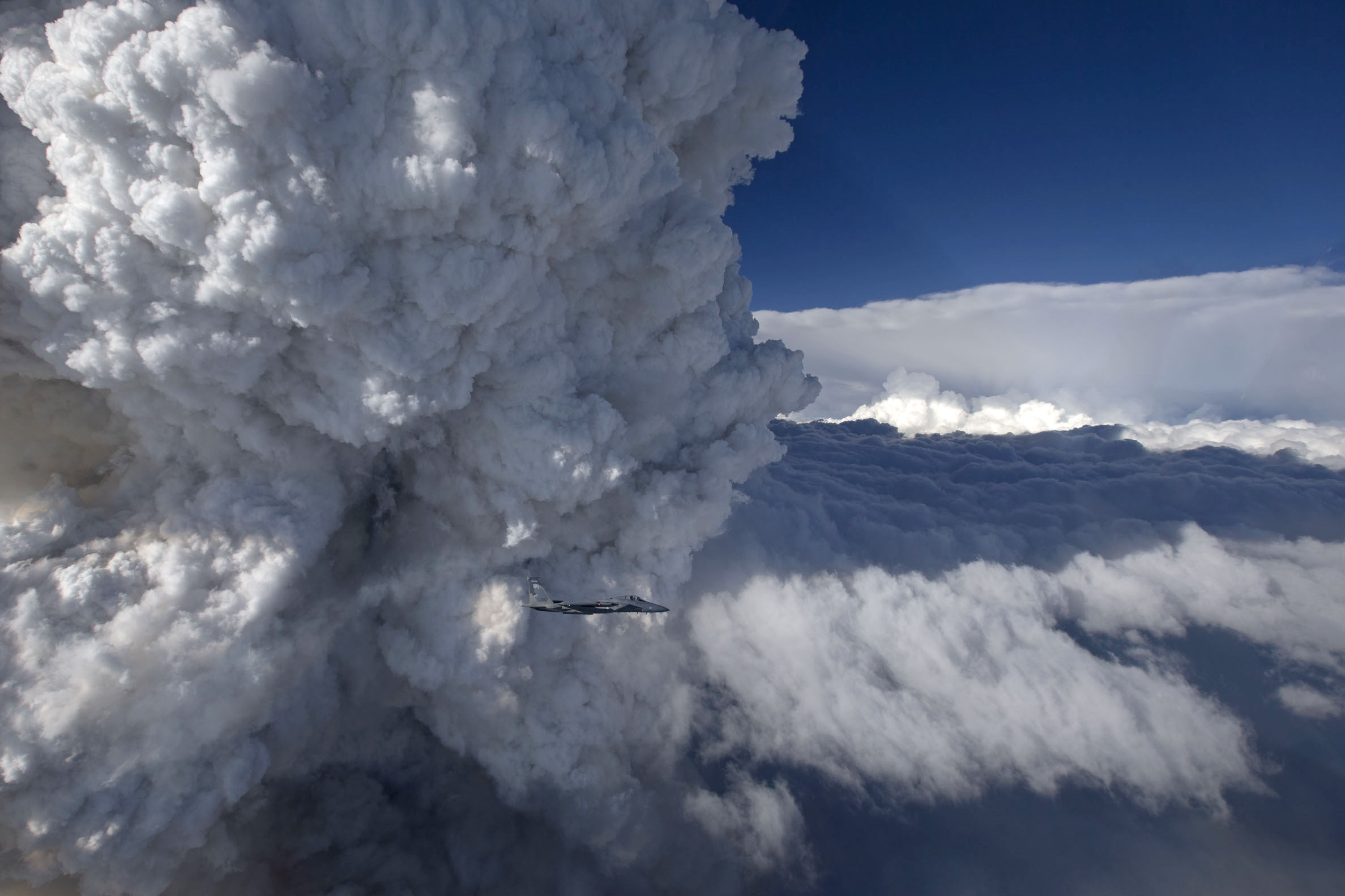 The general idea of how pyrocumulus clouds are formed is quite well known, and its relationship with a 'firestorm' is, in a simplistic way, is shown below: 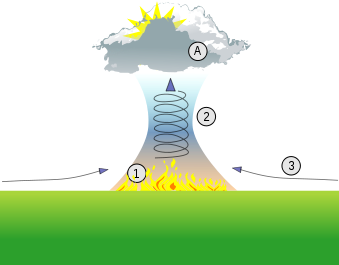 Pyrocumulus and related pyroconvective clouds have been known to have caused severe hail to fall. An example reported in the Earth Observatory: Russian Firestorm: Finding a Fire Cloud from Space, from the Canberra, Australia fires:

Called pyrocumulonimbus clouds, the clouds are capable of dangerous lightning, hail, and strong winds. One such firestorm in 2003 pelted Canberra, Australia, with large, soot-darkened hail, produced a damaging tornado

(Point of reference: Canberra is Australia's capital city, I was there at the time).

Could graupel, or even snow, fall from pyrocumulus clouds?

(It would be good if examples from real life or models could be provided, if possible)

It is likely snowing somewhere in these clouds and graupel exist transiently on their way to becoming hail, but its not likely that you will see either at the surface.

You can make a first order approximation of a pyrocumulus cloud by putting a very strong heat source at the surface in an environment otherwise favorable for severe convection. What you'll observe is that parcels will easily reach the LFC and you will have tons of CAPE owing to the high surface temperature. The maximum theoretical updraft velocity is a function of CAPE and so we can expect exceptionally strong updrafts. This can be confirmed by the observation of severe hail falling from these clouds -- the weight the hailstones can attain increases with updraft velocity. Because we can observe hail we know that normal moist processes we expect in cumulonimbus clouds are working.

In any mid-latitude cumulonimbus cloud the precipitation starts out as snow. What we experience on the ground is dependent on the temperature profile and this snow either makes it to the surface, melts to be become rain, melts then becomes supercooled (freezing rain) or melts and refreezes (sleet). Another option is that the precipitation sublimates or evaporates and never reaches the ground. The fire driving the storm is likely producing a warm, dry environment at low levels and promoting evaporation of any precipitation.

Graupel will exist as riming and accretion processes are at work, but because of the strong updraft you will end up with hail production and hail at the surface.

To take this approximation into reality you also need to take into account how the fire is modifying the low and mid levels and what kind of aerosols are being emitted by the fire. The aerosol content could play heavily into the microphysics and precipitation production, but this is not my area of expertise so I won't speculate on the possibilities.

5
Why doesn't it snow even when it is below freezing?
1
How can we predict if it's raining, drizzling or there is snow fall by using precipitation intensity (inches/hour)?
6
What mechanism leads to these spectacular iridescent patterns in clouds labeled as a "Fire Rainbow"?
5
What might cause these "wave clouds" near the horizon? Could it be gravity waves?
2
Does the snow come from local moisture or transported moisture?
0
How to calculate the snow cover area from satellite data in better and efficient way?
9
How much of arctic ice is from snow fall versus frozen sea water?
2
Where can I find a list of snow fall recording stations in my zip code?