What is this strange feature on Mars in Valles Marineris

While I was browsing Mars on Google Earth, I stumbled upon an interesting feature on one of the slopes of Valles Marineris. The feature seems unique in the sense that I couldn't find any similar element on the valley. 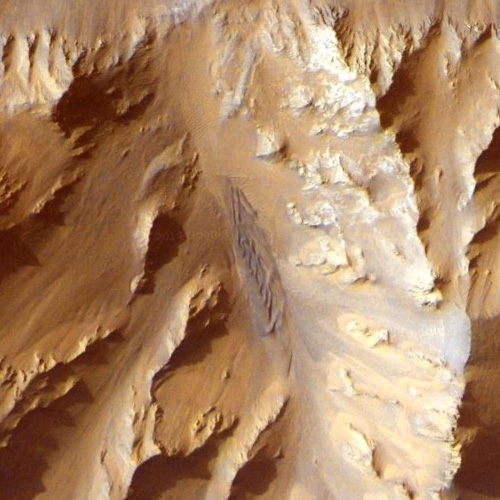 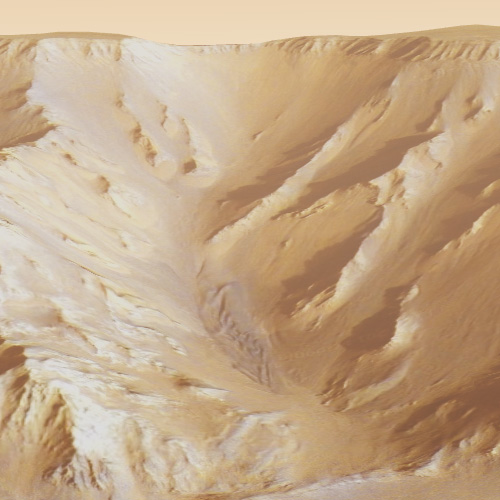 It made me think of sand that just fell from the clifftop or the veins of water that have already been observed on Mars (such as http://www.wired.com/2011/03/happy-birthday-mro/#slideid-591036). But it doesn't seems to match completely with this explanation.

Does any of you have seen this before from current Mars research or from similar phenomenon on Earth?

Looking at the 2nd image in your question, namely of the vertical profile, the feature inhabits what appears to be an erosion channel to the valley floor (a very rough estimate of the erosion channel is shown below). 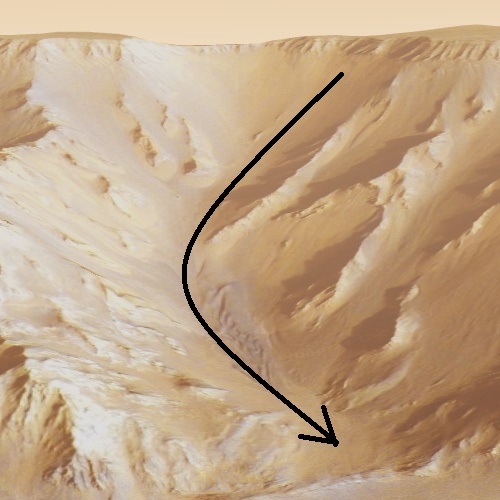 The feature has the appearance of being an example of a small slope failure, a similar, but much smaller example of other much larger landslides have been observed in the Valles Marineris according to the article Long-runout landslides and the long-lasting effects of early water activity on Mars (Watkins et al. 2014).

According to research based on observations of similar larger scale features, the article Mechanisms of slope failure in Valles Marineris, Mars (Neuffer and Schultz, 2006) slope failures on Mars have been found to occur due to gravitational, fluid or seismic (i.e. 'marsquakes') influences.

The other influence as to why these landslides occur in the area is explained by Watkins et al. (2014) from observations and models based on spectral imaging and satellite image analyses, a significant amount of hydrated silicate clays contained within the stratigraphy of the Valles Marineris facilitate geomorphic processes, including landslides - the process is aptly used as the title of the Red Planet Report web-article Clays greased long landslides in Valles Marineris.

Not the answer you're looking for? Browse other questions tagged geophysics planetary-science groundwater desert mars or ask your own question.

13
Is Mars' mantle homogeneous or heterogeneous and what might this say about mantle convection?
13
Are there any photographs of mountains without significant erosion (on Earth or otherwise)
1
Strange circular structures found on a photo from Mars rover Curiosity at Dingo Gap
3
Was there once a glacier over Starcke national park in Queensland Australia?
11
Carbon dioxide on Mars, Venus and Earth
6
What could be causing microseisms on Mars?
1
Possible and probable source of Curiosity Rover's $\small\sf{CH_4}$ detection on Mars
3
What is this geographical feature? (as seen in maps)