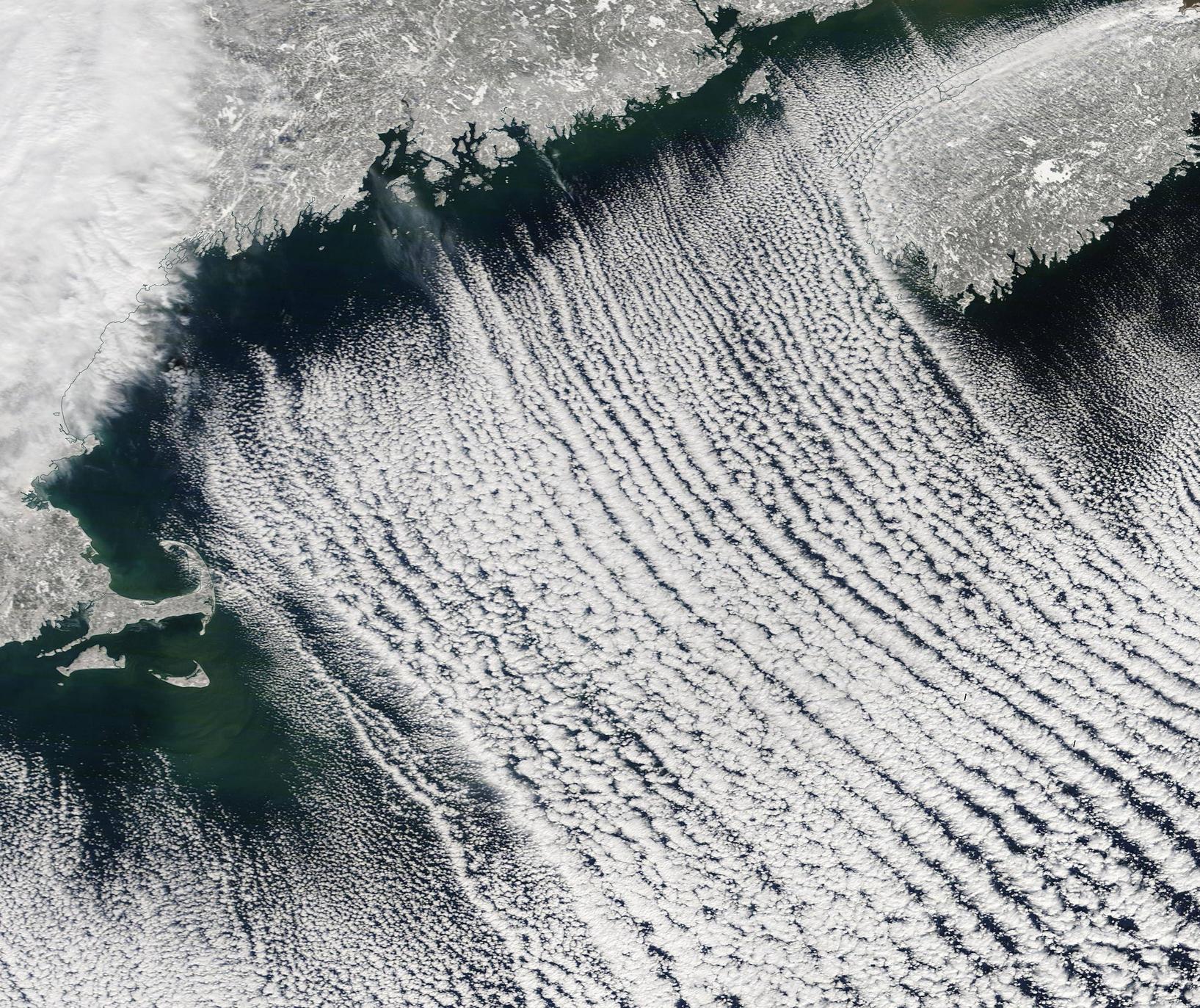 11
What causes clouds to appear blue?
4
GOES image: parallel trains of clouds. What to make of them?
3
Ordered arrangement of clouds

13
What determines how fast clouds move?
15
What type of cloud formation are these dark low-hanging clouds?
9
What type of clouds are these?
11
What causes clouds to appear blue?
4
Have these optical satellite ground station locations been chosen for clear skies?
8
Are these clouds exhibiting gravity waves?
2
What are these features in the Tombouctou Region?
10
What are these underwater structures near 6°N 85°55'W
6
What is this narrow band of clouds?
5
Are halcyon days an actual phenomenon?