How does the Sun heat the Earth?

It is a question of radiation emission - the temperature of the Sun's 'surface' is about 5500°C (according to NASA Earth Observatory), at that temperature, it emits radiation in the UV, visible and near infra red region - due to the fact that the hotter an object is, the smaller the wavelength radiation is emitted, as can be seen in the generalised image below (from NASA): 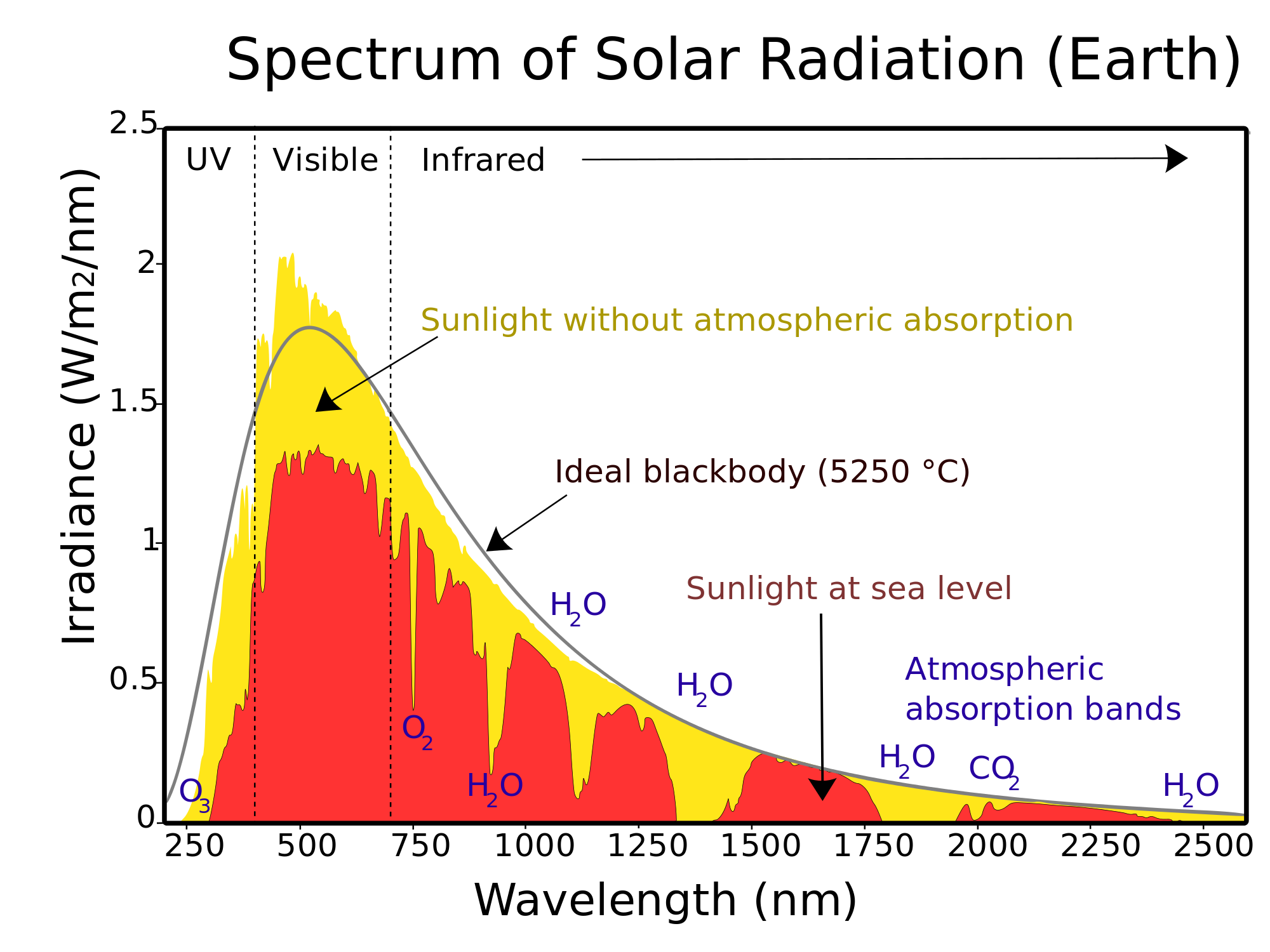 But that is not the entire picture, we receive this 'shortwave' radiation from the Sun: 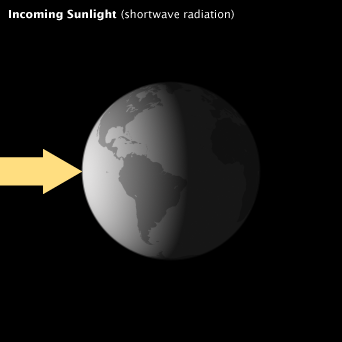 Which is also balanced by an equal amount of energy radiating into space as 'longwave' thermal infrared radiation: 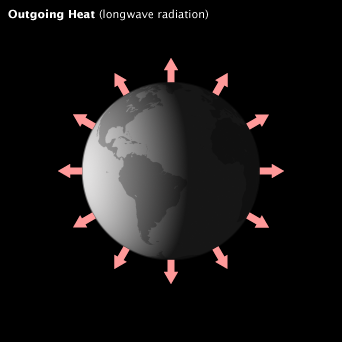 (Both images from NASA Earth Observatory)

Which leads to a major point - we have an atmosphere and a natural 'greenhouse effect' due to the water vapour and carbon dioxide (and other components) that are seen in the above solar radiation spectrum diagram.

Some of the thermal infrared is absorbed by the atmosphere and re-radiated back to the surface. This radiation budget is shown below: 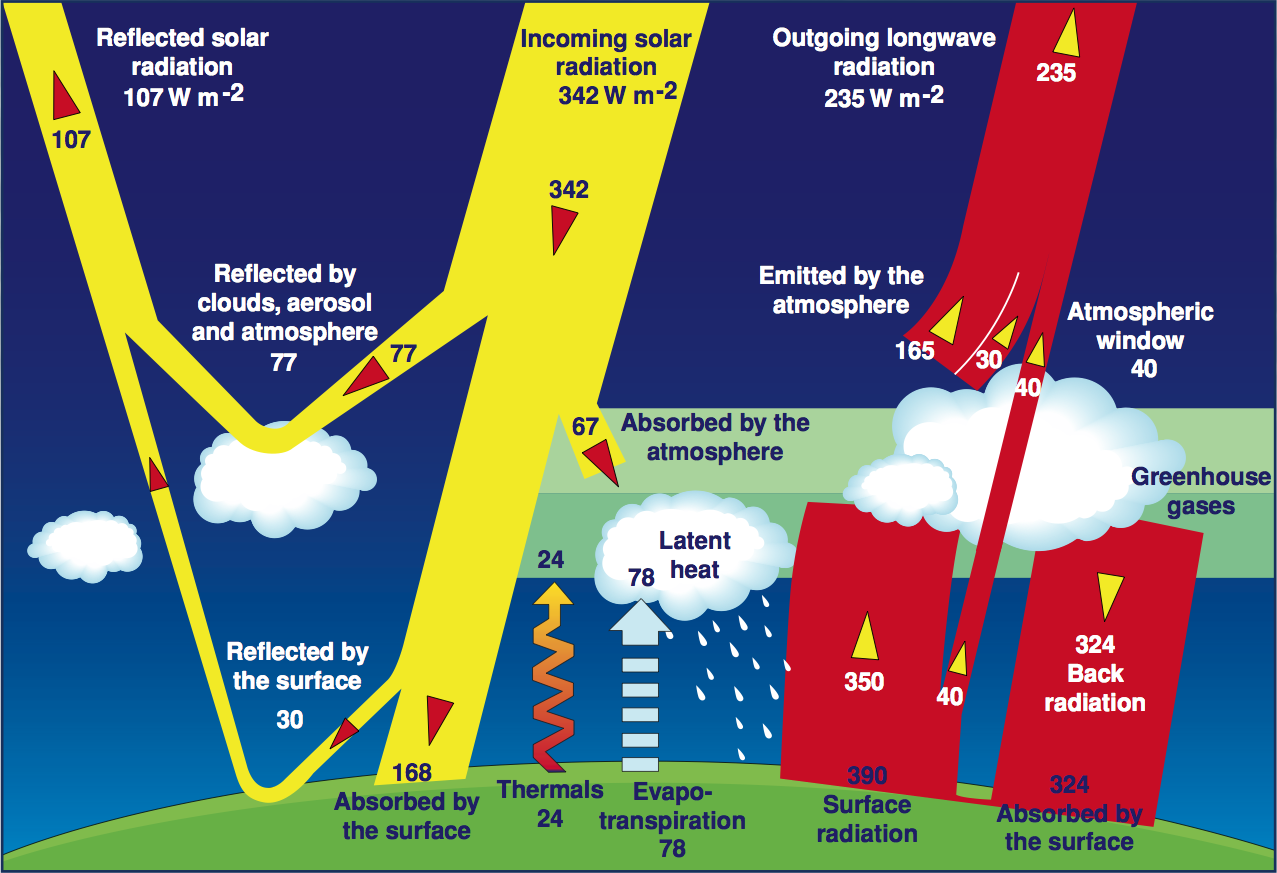 Something to consider, looking at the value the NASA has for the incoming radiation reaching the Earth's surface - 168 Wm-2 - imagine that being a 168 watt light globes for every square metre - that value increases markedly when the re-radiated thermal infrared is taken into account.

Also, please view the YouTube clip How the Sun Heats the Earth which is a handy verbal and diagrammatic explanation of the content of this answer.

Not the answer you're looking for? Browse other questions tagged temperature planetary-science earth-system atmospheric-radiation or ask your own question.

38
What would be the temperature of earth if there was no atmosphere?

6
Digging depth and heat
2
Why doesn't the earth become superheated?
1
If the earth is a globe, what causes temperature differences across lines of latitude?
10
Does the global temperature vary daily (hotter and colder days)?
82
What place on Earth is closest to the Sun?
2
How does the subsurface earth temperature vary around the world?
3
How does Earth's thermal radiation into space vary by location and time of day?