What causes the different colours of the salts pits in the Saloum Delta in Senegal? 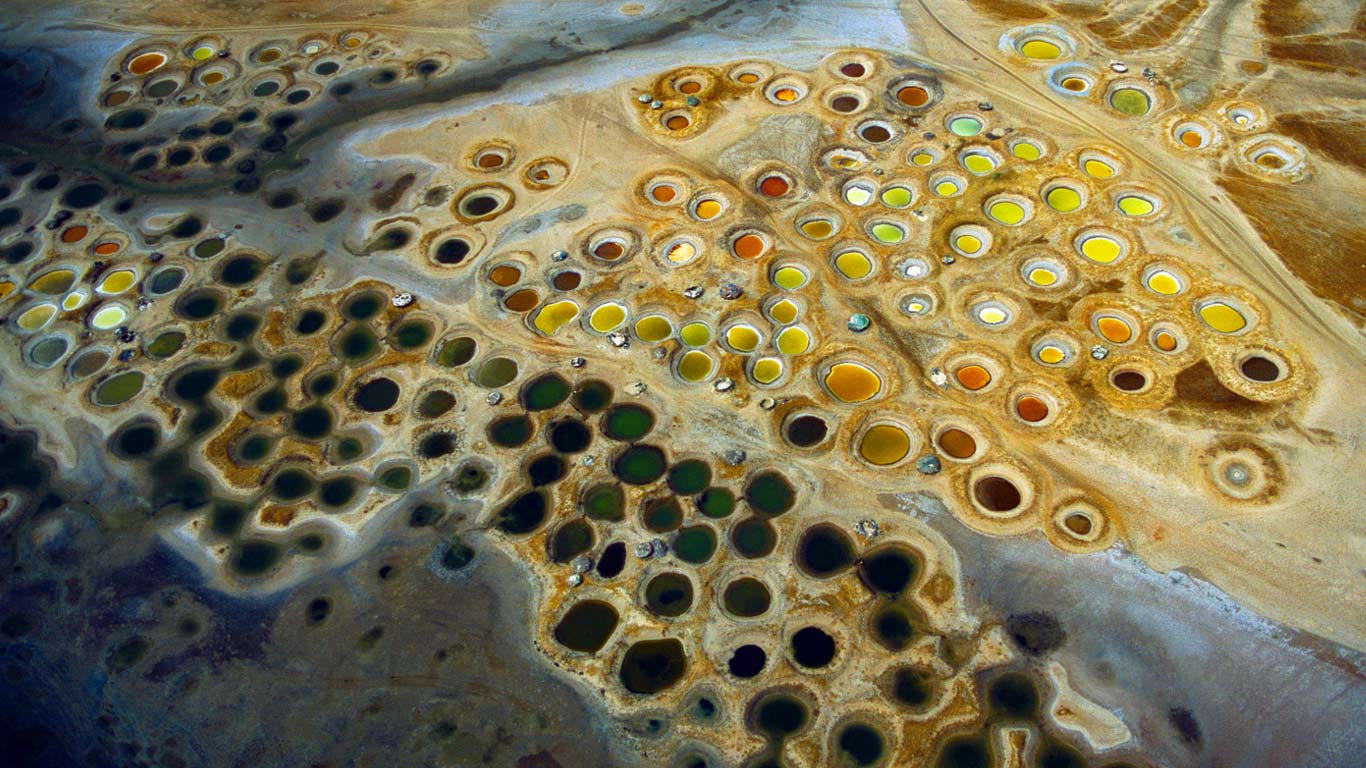 Due to variable algal concentrations, vivid colors, from pale green to bright red are created. The color indicates the salinity of the ponds. Micro-organisms change their hues as the salinity of the pond increases. In low to mid-salinity ponds, green algae are predominant. In middle to high salinity ponds, an algae called Dunaliella salina shifts the color to red. Millions of tiny brine shrimp create an orange cast in mid-salinity ponds. Other bacteria such as Stichococcus also contribute tints.

Rusay says nothing about the Saloum Delta, but the explanation could be similar there.

Not the answer you're looking for? Browse other questions tagged rivers salinity or ask your own question.

25
Why are alpine river water green - blue?
4
Where does all the salt come from in the Dead Sea?
7
Thermohaline: Why is cold and dense seawater salty when warm water holds more dissolved salts?
4
Could parallel rivers flow in opposite directions?
5
When sea water evaporates does it carry small amounts of salt into the atmosphere?
11
Lake outflow forming a “reverse delta”?
7
Is salt accumulating over time?