Why do most opal deposits occur in Australia?

According to the Wikipedia page about opals, this hydrated amorphous silica based gemstone is most commonly found in Australia, with according to the page, over 90% from Australia. 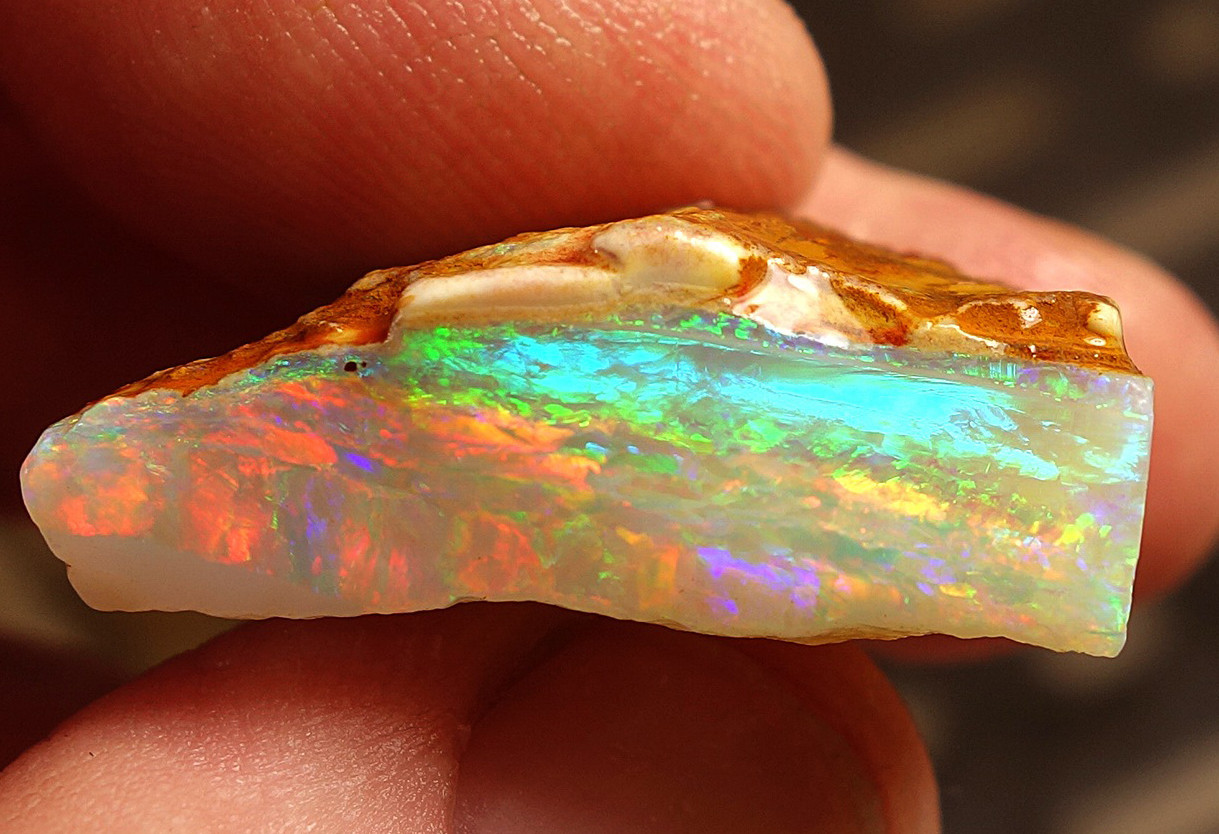 What geological conditions resulted in most opal deposits occurring in Australia?

A recent study published in the Australian Journal of Earth Sciences, Opalisation of the Great Artesian Basin (central Australia): an Australian story with a Martian twist (Rey, 2013). The study makes the assertion that a unique set of geological conditions existed during the Cretaceous era that led to the relative abundance of opals in Central Australia. Rey proposes a 'redox model' of opal formation to account for the great relative abundance of the precious stone in Australia.

An important aspect to note is that just about all opal deposits occur either in or on the periphery of the Great Artesian Basin, as can be seen in the map below: 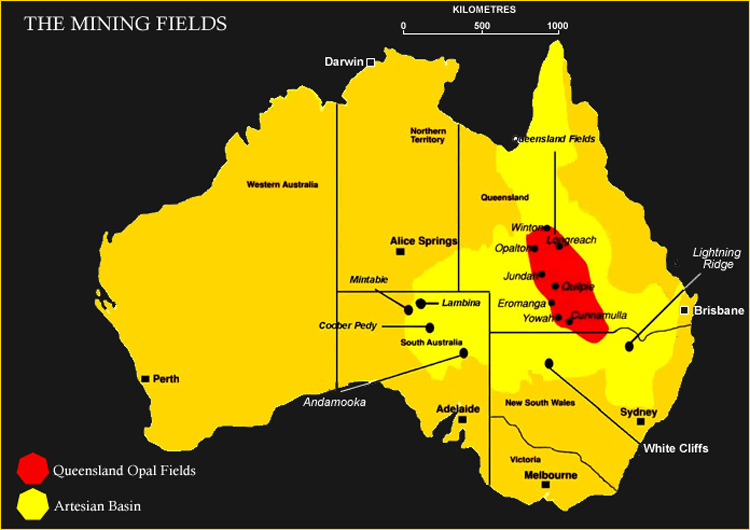 The conditions around the opal field part of the Artesian Basin during the Cretaceous, according to Rey (2013) were:

Rey describes how the iron- and organic- rich sediments contributed to an anoxic seafloor environment that became rich in pyrite, ferrous iron, feldspar and volcaniclasts, but virtually no carbonates.

At the end of the Cretaceous and into the early Palaeogene (from about 93 to 60 million ears ago), the region experienced slow uplift, erosion and denudation, as well as subsequent sea regression; this, according to Rey, caused an acidic oxidation of the Eromanga Sea deposits as oxic fluids perculated through faults, some trapped by clay deposits - these are where the opal deposits have been found. Further deposition in the Palaeocene and Eocene provided protection from further erosion.

In summary, Rey notes 5 aspects unique to the geological history of the Great Artesian Basin that has resulted in the great relative abundance of opal:

The connection to Mars in the title is based on recent observations by NASA of opaline minerals found on the Martian surface, Rey suggests that there could be a link with the conditions with the dehydration of Eromanga Sea in the Cretaceous and processes that may have occurred on Mars.

17
Why do gold deposits form only in certain areas of the earth?
9
Did an impact crater influence the formation of uranium deposits in South Australia?
9
Why does Australia have extensive uranium ore deposits?
16
How do geologists find ore deposits?
5
Strange coating in old lime mine shaft
1
How gold deposits can be formed in Himalayas?
6
Why are most minerals so rare?
1
Why does Australia have no chrome?
5
What is serpentinization, in the context of disappearance of surface water on Mars?
4
Why were Fe-oxides not usually used for finding skarn Fe ore deposits in geochemical exploration?