Why does sea level correspond to boundary between oceanic and continental crust?

Is it a coincidence? the first is determined by the amount of water on the Earth and the second comes from evolution of tectonic plates. Still, oceans seem to fill exactly the oceanic crust.

Sea-level only sort-of corresponds to the oceanic–continental crust boundary.

In depth, they don't correspond at all:

It's the same story at an active margin: the plate boundary at a subduction zone is buried several kilometres beneath a wedge of sediment:

What about spatially? As you can see from this map, they don't correspond all that well spatially either: they are commonly 100s of kilometres apart, sometimes more. 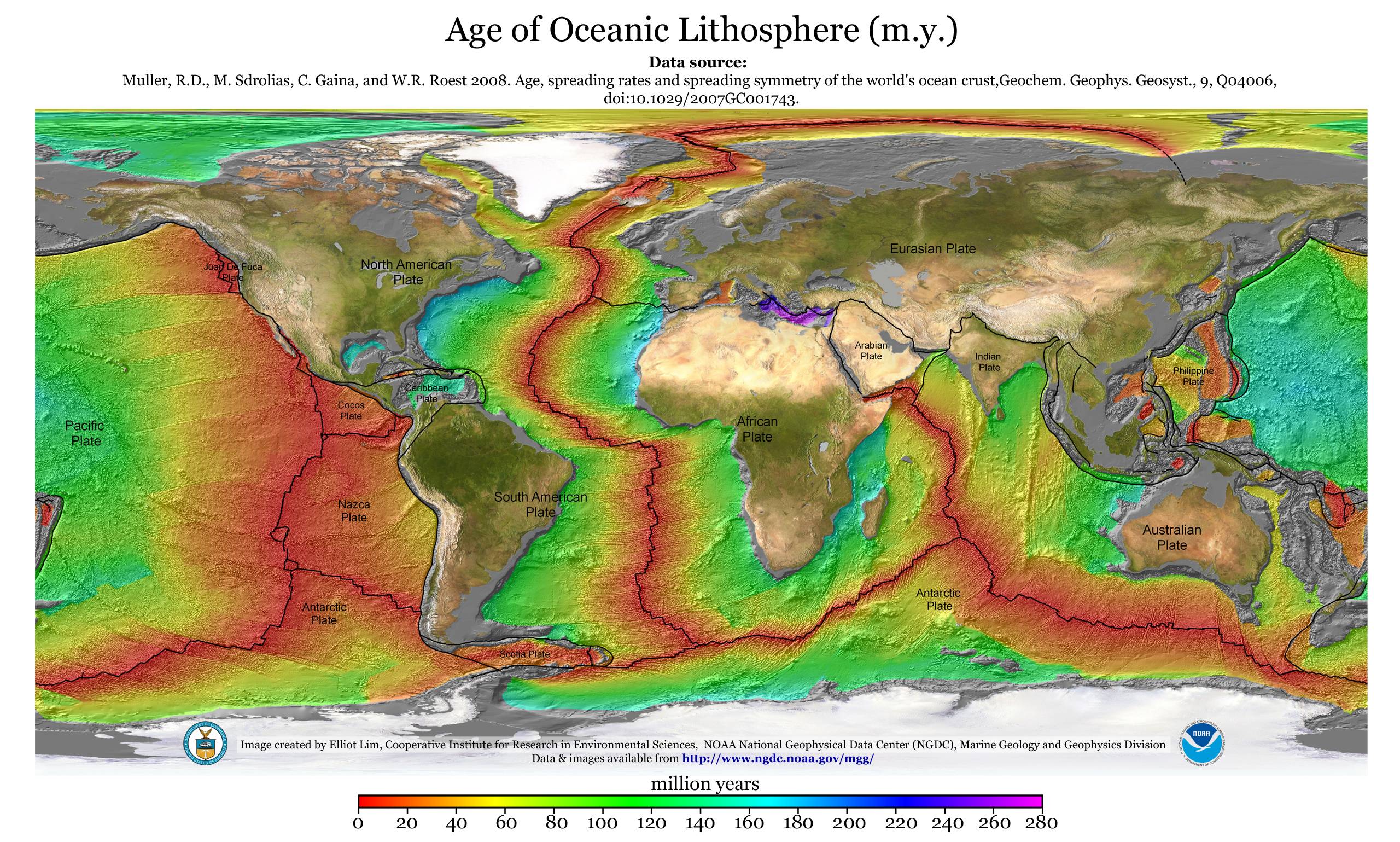 The difference, shaded grey in the map, is the continental shelf. It is sometimes emergent (e.g. at the end of the Permian, or during ice ages, when global sea-levels are low). It is sometimes, as now, flooded. The vertical change of ca. 100–250 m means a lateral change of 100s of km, because the shelf is almost flat.

OK, enough nit-picking, roughly speaking, why are the oceans on oceanic crust?

Continental crust is relatively thick and low density (ca. 2700 kg/m$^3$), compared to oceanic crust (25–70 km and ca. 2900 kg/m$^3$). So it 'floats' higher on the thin, dense mantle (7–10 km and ca. 3300 kg/m$^3$). When a new rift forms, it creates a depression and space for new oceanic-style crust. This is happening right now in the Gulf of California, the Baikal Rift Zone, and in the extensive East African Rift system. All of these places have large lakes and/or are extensively below sea-level. It's a divergent 'tear' in the continental crust, so intuitively we might expect a depression. As it fills with thin oceanic crust, the depression is maintained and eventually fills with ocean water.

Why is ocean crust so thin? I don't have a lot of expertise here, but I think it's determined by the relative rates of melting and cooling, and the heat balance at the ridge and subduction zones. There's a nice answer to this question on Reddit, complete with links. As insinuated in that thread, the thermo- and chemo-dynamics of the spreading centres and subduction zones are intimately related to the presence of the ocean, so together they make a complex system (indeed, the entire planet is a complex system), as @stali points out in his comments and answer.

First of all, yes the sea level corresponds rather well to the boundary between oceanic and continental crusts. The mean width of the continental shelf is mere 80 km, much smaller than the mean width of contents or oceans. And if you drop it by a few meters the number will decrease.

I think the reason for the correspondence is that over long periods of time water and oceanic crust are part of the same system so think of them together and not separately. Its just that at earth's surface they separate from each other and some water is transported to continents via precipitation. Some people think water and plate tectonics, as we know it, go hand in hand. It would also explain why we don't observe plate tectonics or significant amount of water on other nearby planets.

@borilla What I mean is that the water we have in oceans was originally in the mantle rocks. E.g., see http://www.pri.org/stories/2015-01-10/how-earth-made-its-own-water-out-rocks. So basically when the earth formed, buoyant continental crust formed/separated relatively quickly and its volume has been relatively constant over time (i.e., not too different from today, only rearranged differently) but there was little liquid water. It came slowly out of mantle rocks through mid ocean ridge volcanism and so you can think of water and oceanic crust as being part of the same system. Mantle rocks still hold more water than that in all the oceans put together.