What color is the Sahara desert, as seen from orbit?

In images of the Earth taken from spacecraft (or composite images thereof), the color rendering seems to be really inconsistent. 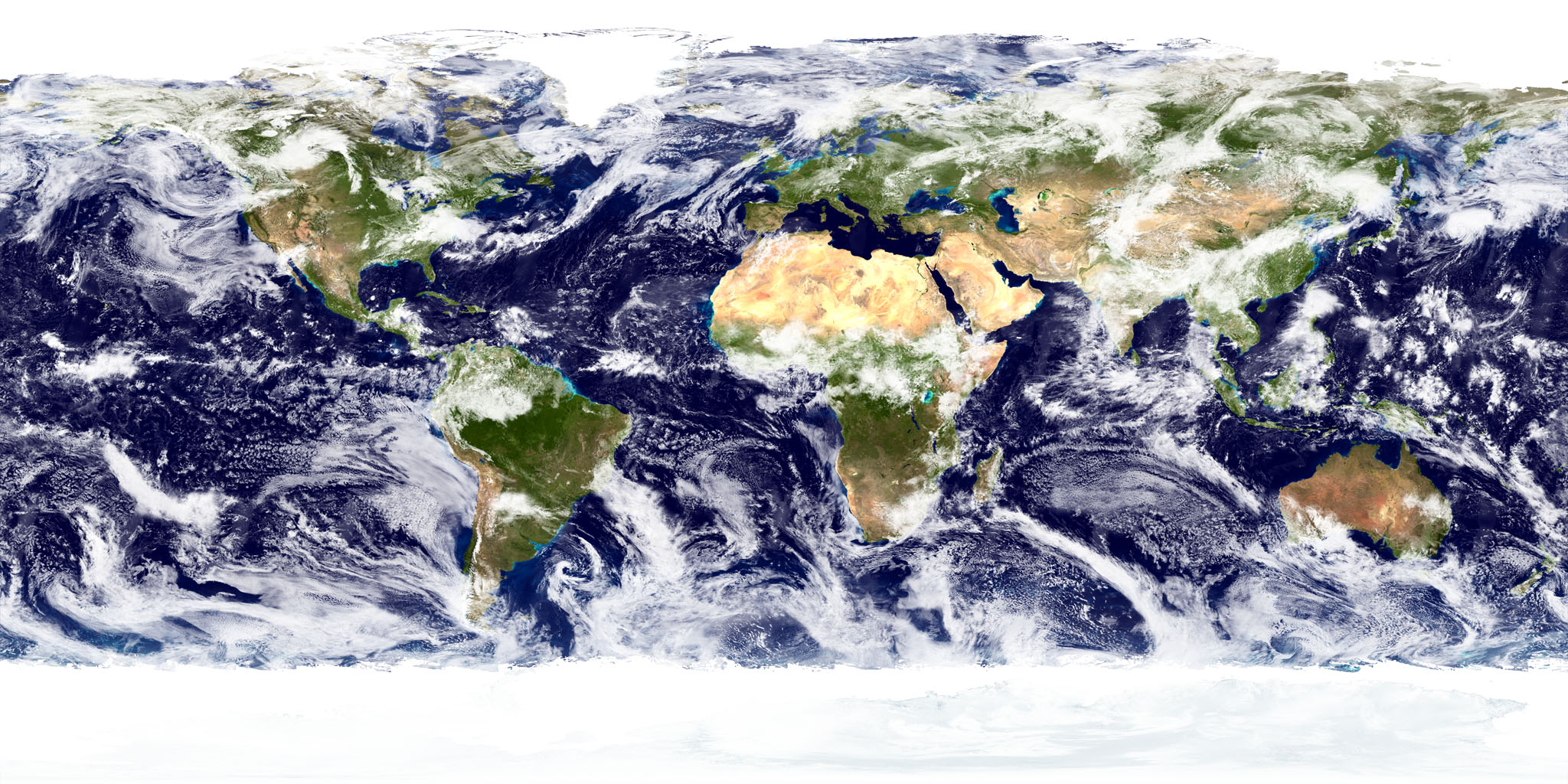 This is one of NASA's composite images. Here, the Sahara is yellow. 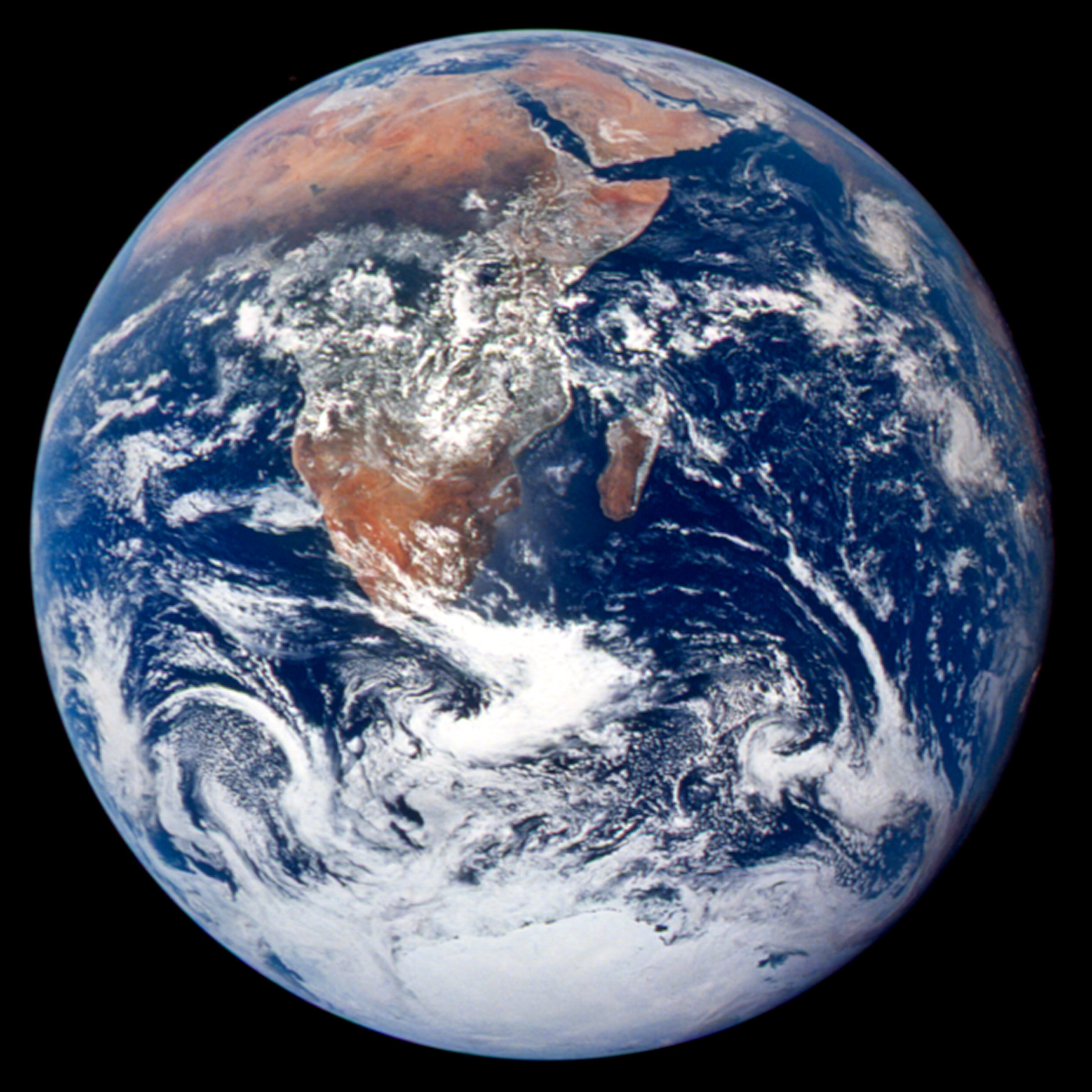 This is a photo from an Apollo mission. Here, the Sahara is an orange/red ochre. This is a very different color.

I realize that there are annual variations to be expected in the color of the landscape, but the above differences seem to be too large to be accounted for by that effect.

Is the Sahara ochre or yellow?

Neither. The Sahara Desert is heterogenous. It’s yellow, red, orange, brown, black, and even green in certain places and at certain times of year.

Slightly less cheeky answer: neither. Both examples are both approximations of human vision, displayed on computer screens that can be highly variable. The 2002 version of the Blue Marble is a composite of 4 months of atmospherically-corrected data in narrow wavelength bands. The composite data is scaled to approximate the nonlinear response of human vision. In particularly bright areas the image is clipped in some bands, leading to incorrect hue and loss of contrast.

For all the gory details, here’s the user’s guide for the MODIS land surface reflectance product (which has always looked slightly greenish to me): http://modis-sr.ltdri.org/guide/MOD09_UserGuide_v1.4.pdf

The Apollo 17 Blue Marble is a color-corrected scan of 40-year-old film (stored in a freezer at NASA’s Johnson Space Center) and is also not a particularly good representation of what an astronaut would see (as Pont commented earlier). The best description of the appearance of the Earth from space is from astronaut Piers Sellers, who said it’s “brilliant blue, and too bright to look at directly—like sunlight reflected off snow while skiing at high altitude”.

Brutally honest answer: neither. To paraphrase Mapbox’s Charlie Loyd, there’s an irreducible subjectivity to color. How we perceive color is affected by ambient light, adjacent colors, overall amount of light, individual physiology, our age, and probably mood and what we had to eat for breakfast. Viewed from space there are even more variables: particularly atmospheric conditions (which influence both incident and reflected light) and viewing angle.

Current state-of-the-art is probably NOAA View, http://www.nnvl.noaa.gov/view/#TRUE which uses a multi-band algorithm to simulate true color with Visible Infrared Imaging Radiometer Suite (VIIRS) data. According to that algorithm, the Sahara is more red than yellow.

For the record, I’ve worked on color-correcting MODIS imagery, the Blue Marble datasets, and astronaut photography on the NASA Earth Observatory & Visible Earth sites (including the referenced version of AS17-148-22727—unfortunately I can’t find the original TIFF.) Perhaps that means I think the Sahara is both ochre and yellow. I also wrote the guide to color-correcting Landsat imagery linked by Jezibelle (thank you).

Remember from school when you learned that light is actually photons oscillating at specific frequencies, and we happen to perceive some of these frequencies as specific colors? Technically, satellites measure reflected light in spectral bands, where each band is actually a range of wavelengths or light frequencies. The raw data that is sent back to earth from the satellite just consists of measurements of the amount of light observed within each band at each pixel. Some bands on most satellites happen to correspond to frequencies that we typically perceive as specific colors (red, green, and blue are the most common), and these colors are typically chosen to visualize data within these bands. (See: http://earthobservatory.nasa.gov/blogs/elegantfigures/2013/10/22/how-to-make-a-true-color-landsat-8-image/ for a better explanation of how composite imagery is made) So, there are many reasons why the color would change between composite images, including:

The short answer to your question is probably that it varies over time and space and by the instrument capturing the image, and, on average, is somewhere between yellow and ochre.

Not the answer you're looking for? Browse other questions tagged remote-sensing or ask your own question.

19
To what accuracy and precision do we know the volume of the Earth?
9
What sort of instruments do planetary geologists use to predict that there are oceans on the moons Titan and Europa?
3
What is the technical term for spatially aggregated measures?
3
What is a breadboard (retrieval) algorithm in the context of geophysical satellite retrievals/remote sensing?
8
The giant 6,000 km$^2$ iceberg A-68; will ground-truth telemetry supplement satellite tracking data?
1
What is the most real-time method of determining SPI?
4
What are the differences between down-looking and side looking radar?
5
What is the use of HV or VH polarization in Radar?
3
Can I regard the grayscale of a RGB color image as a panchromatic image?