What processes produced the basalt columns of the Giant's Causeway?

The Giant's Causeway is, according to the Wikipedia page was formed during

during the Paleogene Period, Antrim was subject to intense volcanic activity, when highly fluid molten basalt intruded through chalk beds to form an extensive lava plateau.

Of particular note is the distinct columnar pattern (as seen in the picture below): 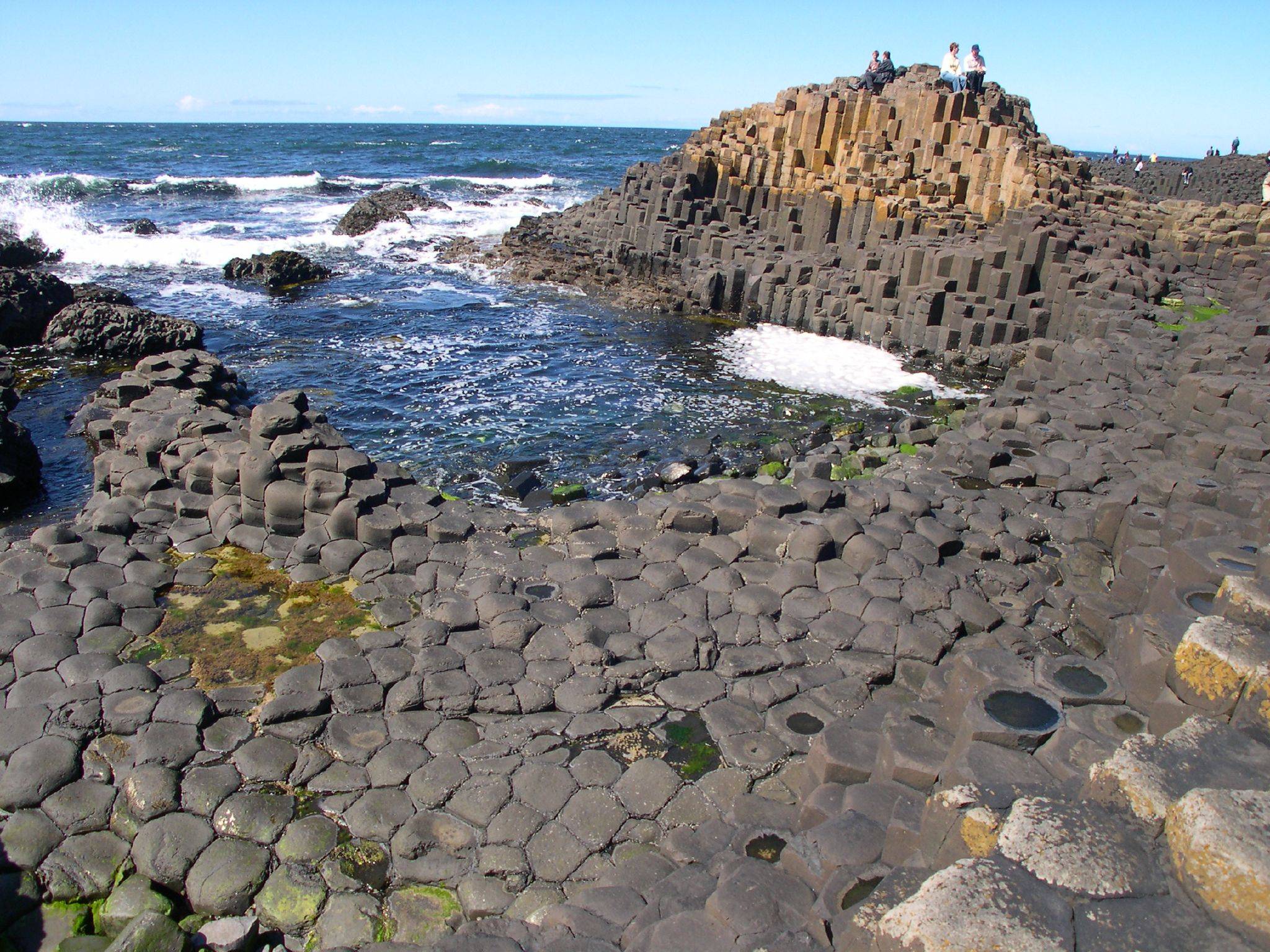 Formed, according to the Wikipedia page by

As the lava cooled, contraction occurred. Horizontal contraction fractured in a similar way to drying mud, with the cracks propagating down as the mass cooled, leaving pillarlike structures

What was the geochemical/petrology process(es) cause the contraction features that resulted in the columns being formed in the Giant's Causeway?

These are basalts with columnar joints. Basalt is an igneous rock that forms when magma (liquid + crystals) erupts onto the surface as a lava flow or gets injected into cooler shallow crust and forms an intrusive dike or sill. Because basalt cools quickly, basalt commonly contains glass as well as crystals. The physical properties of magma changes rapidly as it cools through the liquid-glass transition temperature. When a magma cools through the liquid-glass transition temperature, its specific volume decreases and its viscosity increases rapidly. The volume of the lava flow decreases (it shrinks) and it become more viscous and brittle. This creates stresses in the lava flow that eventually causes it to fracture. Columnar joints are fractures that have formed because the stress has exceeded the brittle strength of the rock.

We (myself and three other geophysicists) had a somewhat heated discussion about this a few weeks ago. The best solution we could figure is that the columns were formed simply by contraction Fine cracks formed at the surface of the flow to begin with, and as these cracks formed they provided additional surface for the lavas to cool - so the base of the cracks could cool quicker than the centre of the budding pillar, in turn contracting and propagating downwards. Our best guess for the shape is some heterogeneity in the basalt - the shapes vary from three sides to about eight, so it's not consistent across the whole body. In terms of what "processes" caused the contraction, just the exposure to air/water would provide enough temperature to cause cooling of the fresh basalt.

It's also worth noting that a large extent of the Antrim flood basalt isn't columnar, so the Causeway (and a few other areas) had just the right amount of cooling.

3
What processes cause basalt to form a columnar structure?
3
What determines the scale of columnar jointing?

12
Is there such a thing as a "basalt dike"?
12
What evidence is there for geological mechanisms that formed the Siberian traps flood basalt?
11
What geological processes affect the speed of Kilauea lava flows?
13
What, if any, paleoclimate data can be derived from igneous rocks?
3
What processes created these apparent topographical anomalies in North California?
3
What determines the scale of columnar jointing?
3
What is the difference between mobile & molten rock?