If we burn all carbon in the Earth's crust, by how much would the atmospheric concentration of $CO_2$ increase?

If we burn all carbon in the Earth's crust, by how much would the atmospheric concentration of CO2 increase?

Biological answer: The amount of $CO_2$ would be in the range $100-600$ $ppm$, like it is today. The carbon from the crust would be completely used to produce biomass; there will be more living creatures on Earth.

The lower range of $100$ $ppm$ is defined by C4-plants; their ability to use $CO_2$ collapses at these levels. The upper range is practically only $400$ $ppm$, and it's defined by C3-plants: their ability to use $CO_2$ doubles if the amount rises from $300$ $ppm$ to $600$ $ppm$. As humans produce less than $10\%$ of the world's $CO_2$ it means that even with 5 times the growth, the total $CO_2$ production in the world would only be $150\%$, which the existing plants can absorb at approx $400$ $ppm$ $CO_2$ levels. It's more probable though, that the $CO_2$ level wouldn't arise at all, the existing plants just grows a bit quicker and vegetation would spread to deserts and plankton in the sea would grow more. These phenomena are already observed.

I can only provide a Wiki link on German language. Look the picture 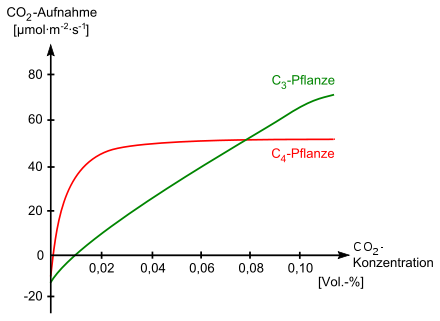 The comment of Gordon Stanger forces me to improve this answer.

The evolution of the plants was totally different 60 Million years ago. The plants have of course now built their systems to current levels. If you study Bryophyte, you will find that even $2000$ $ppm$ is not a problem for them; they will just grow like crazy. I've tested that personally, with pure $CO_2$. Unluckily most of the good material I know, is in Finnish language; Mire cover 5% of earth. 80% untouched Mainly Canada and Siberia. They can easily absorb any amount of $CO_2$ you desire to feed in atmosphere. Nowadays the rate might average $4.8$ $t/ha/a$, with $400$ $million$ $ha$ total amount, this alone makes almost $20$ $000$ $Mt/year$. This is comparable for the World fossil energy consumption, which is $13$ $000$ million tonne of Oil Equivalent in year. To point the scales out, approx $60\%$ of fossil fuels are coal, and the rest is hydrogen, which result is water. So these mires can alone absorb the whole $CO_2$ production of mankind. Even if they would feedback as much by themselves.

This absorption rate varies already from $1$ $to$ $10$ $t/ha$, even though we have not even seen $400$ $ppm$ $CO_2$ values. Well, for a short period during spring such a levels occur. Pls go to Lappland, at that time an experience the crazy growth of nature. They even change their color, to use wider spectrum of sunlight to their usage.

Maybe 60 million years ago all the plants were yellow.

Claim: We would need to turn 42% of the Earths land surface into peat bogs (or forests?) I make this simple; according to this link; Peat lands are storing on average 10 times more carbon per hectare than other ecosystems. Peat lands occur in 180 countries and cover 400 million hectares or 3% of the world's surface. So if we have 3%, which counts for 30% of average forest, we only need 3% peat lands and 12% forest. But we have 30% forest!.

58
How many trees would I have to plant to solve Global Warming?
-5
Why cannot people burn all the atmospheric oxygen?