When was the last time there was a landlocked body of water bigger than the Caspian?

Was it the Mediterranean before it dried into small lakes? What was the biggest one before that?

The Tethys, which was previously an ocean, became landlocked by the Indian subcontinent to form a massive body of water before the Indian plate collided with the Euarasian to form the Himalayas (about 250-400 Ma).

I don't see any visuals on the Tethys as a sea (as opposed to when it was an ocean) widely disseminated on the web. Here's an approximate diagram from my memory of a textbook: 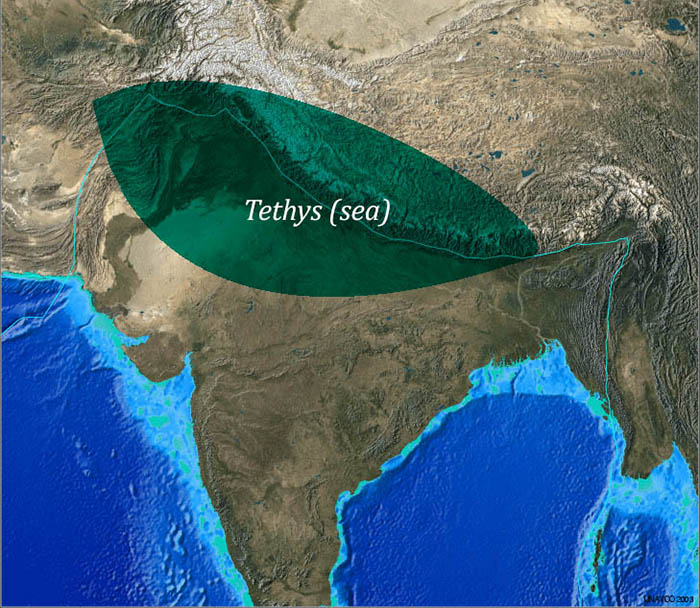 I'm speculating but it sure looks like the dried bed of an old lake or inland sea to me! It doesn't stretch the imagination to consider methods for filling it with water. Divergent weather patterns, ice-age, etc. Plus, before india began piledriving asia it was actually submerged (by the aforementioned Tethys sea) and portions are still below sea level. A likely candidate. 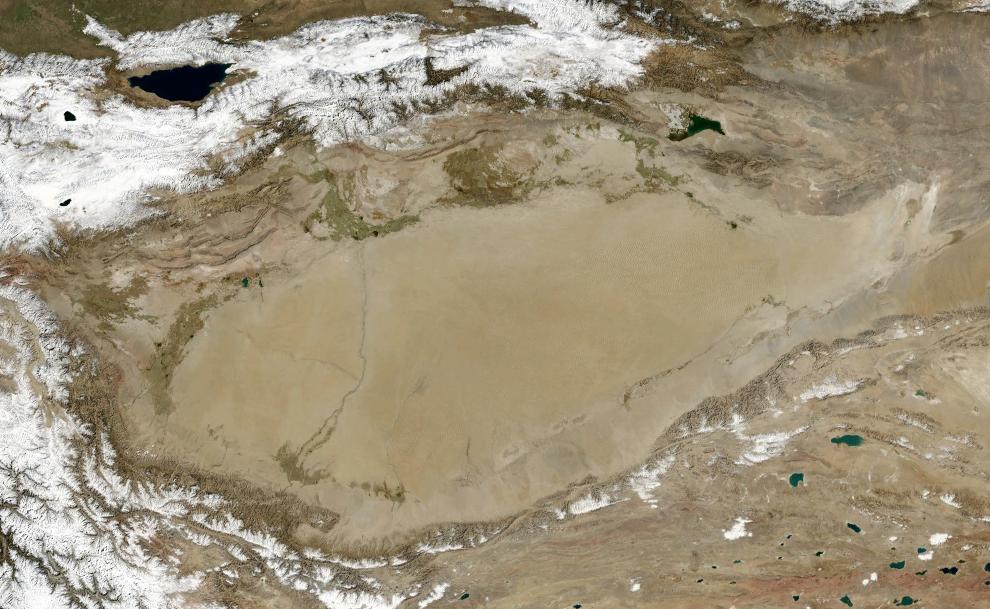 19
What was the ocean circulation like during the time of Pangaea?
18
Historically, how has the fraction of Earth covered by water changed?
2
Sediment boundarys produced by largest meteors? Vredefort, Sudbury and Chicxulub
2
How many times in total has Earth formed a super continent?
3
What was the percentage of land mass in prehistoric times when temperatures were high enough that we had no ice caps?
4
Why is a future increase in solar luminosity by 10% supposed to have disastrous consequences for life on earth when the last 30% did not?
6
What Caused The Sea Levels to Drop During the Maastrichtian Epoch?
8
Was the Caribbean Sea a closed sea during the last glaciation?