Why is this "independently reproducible proof of non-curvature" wrong?

I'm currently having a (possibly useless) argument with somebody over the internet who is adamantly claiming that the Earth is flat. I know that this person could just be pulling my leg or trying to get a rise out of me but I'm still taking the challenge.

They are using this image in response to almost any argument. 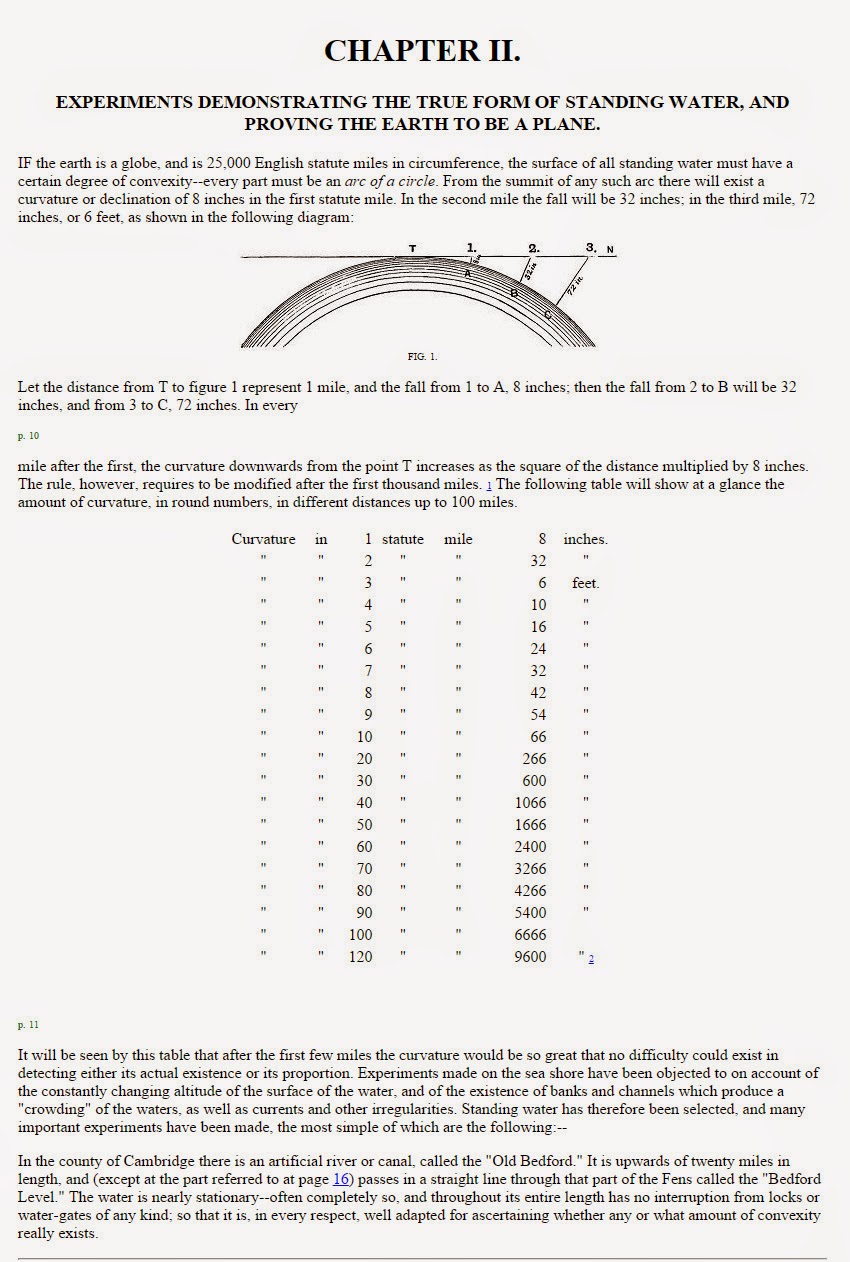 What is this document even 'proving' and why is it wrong (or misleading)?

The biggest flaw I see in a cursory look at this work is failure to compensate for atmospheric refraction. Density varies in the atmosphere enough that the refractive index varies. At low angles above the horizon the temperature structure of the atmosphere becomes very important in determining optical refraction and at low angles very close to the ground it becomes extremely important.

When cool air is at the surface and warms with height (e.g. a temperature inversion), which is likely above a cool body of water like a canal (or in winter, or at night and early morning), the resulting density gradient causes light to bend toward the ground. This means whatever you are observing is actually lower than you perceive it. 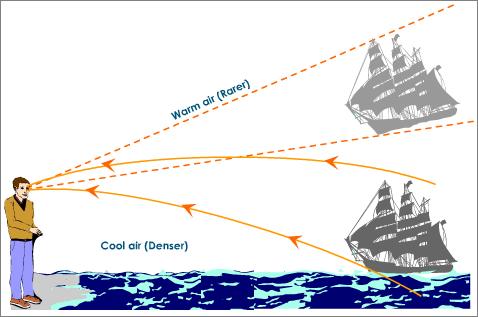 In the situation where it is warm near the surface and cools aloft you get the opposite and light bends up toward the sky. This gives rise to the water mirages you can see on hot days on roads or sand (where there is a very strong temperature gradient with height).

Zounds, good point! I guess the world is flat after all!

But okay, seriously, the writer has given a good and accurate argument why it should be possible to tell whether the world is round or flat by making observations on the ocean or a sufficiently large sea. But as far as the quoted page goes, he doesn't cite any experimental results to prove anything, one way or the other. To say, "I can imagine an experiment which would prove my theory correct" is a long way from "I have conducted this experiment and the results actually did prove my theory correct."

In fact, making observations across an ocean or large sea is one of the easiest proofs that the world is round. It was observed in the days of sailing ships that as a "tall ship" sailed away, the last thing you would see was the top of its sails. Look across a sufficiently large sea today and, no matter how clear the skies, etc, you cannot see the opposite shore. Get the most powerful telescope available and you still can't see the opposite shore.

One could argue that you can't see the far shore because of haze rather than curvature. You could resolve that by observing what you CAN see: at long distances, where you can barely see the far shore, do you just see the top of mountains or tall buildings? Or do you see the whole mountain or building but very hazy? (Okay, I haven't done that experiment, so maybe I'm just a dupe of the round-Earth conspiracy.)

Yes, as others have noted, refraction and optical illusions add extra complexity. That's why in general, one experiment is not sufficient to prove or disprove a theory.

Of course there are other ways to demonstrate that the Earth is round. Like, in ancient Egypt, Ptolemy measured the circumference of the Earth by measuring the lengths of shadows at different latitudes.

Alternative earth models and their origins are awesome to review. The ignorant adherence to the flat earth model in the 21st century is sad. Looking at the material cited for the 'Bedford Level experiment' it's clear to me that those still using Rowbotham's formula have another fundamental problem aside from refraction distortion.

You cannot site 8 inches per mile squared if the observer and target(ways off in water) have a positive y-axis value relative to sea level. Somebody using this formula without getting their eye wet is wasting their time! Learn to solve for the height of a curve, anything inside the peak height of an arc equal to the height of the observer will be visible provided conditions are clear and one looks down about .025 degrees from their 0• level visual field.

Not the answer you're looking for? Browse other questions tagged earth-rotation earth-observation or ask your own question.

18
How to quickly or easily prove the world is spherical?

9
Why does this shoreline change this way?