Why is the Ocean water on the west Coast so cold comparing to the East coast?

Even at similar latitudes they appear to be quite different from one another.

This is a good overview of ocean surface currents, which includes a schematic like this one: 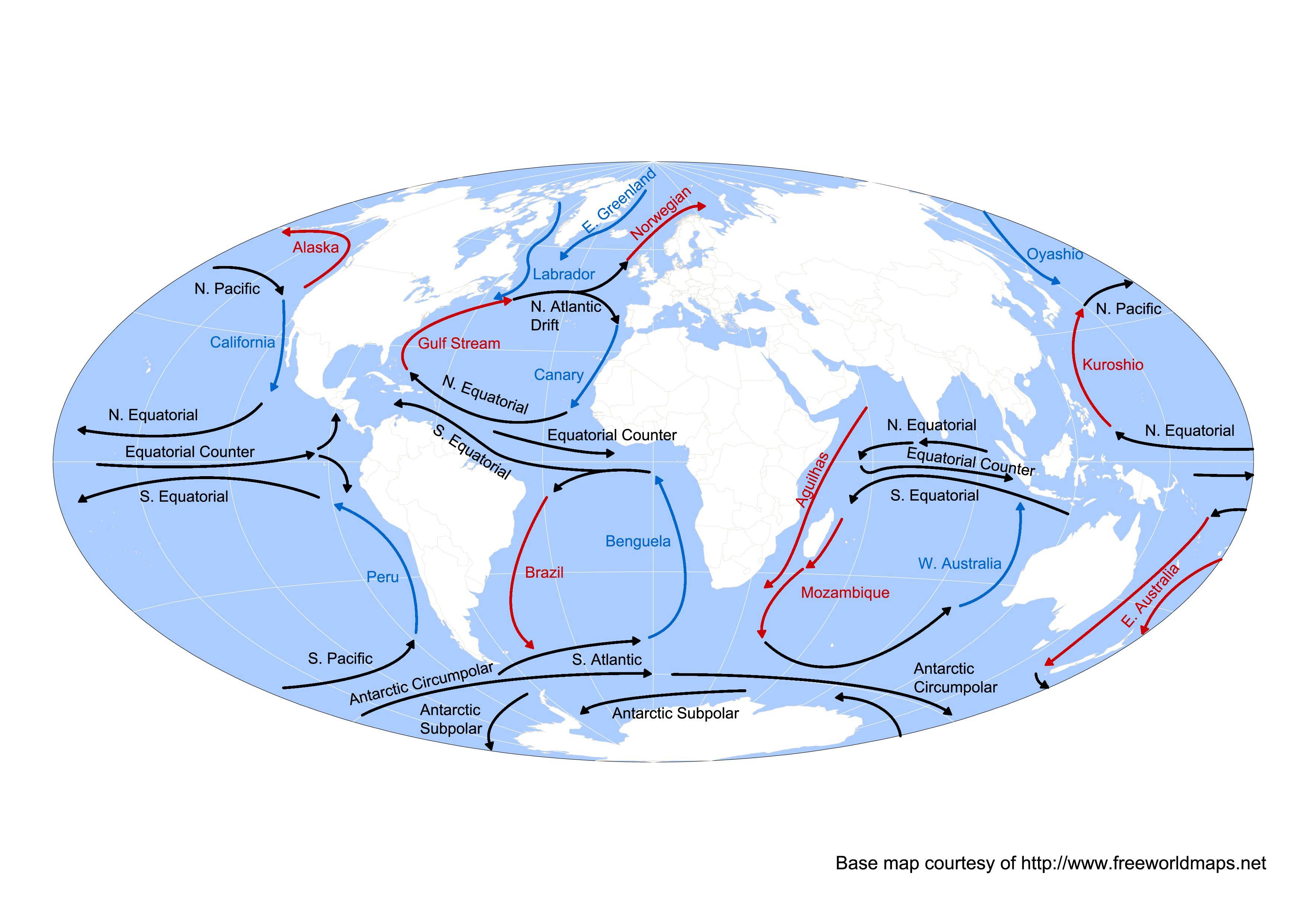 In the mid-latitudes, you get gyre circulations that move poleward along the eastern coasts of continents (the western edges of the ocean), bringing warm water. The water off the east coasts of these places is thus warmer than you would expect for that latitude. The return flow on the eastern edges of ocean basins (west coast of continents) brings cold water from poleward of that latitude.

There are a few things to note about this circulation, though, since that analysis applies to the mid-latitudes only. There are opposite gyres closer to the poles that make the east coasts much colder than expected. (Compare the Alaska current to the Labrador, which is off the east coast of Canada.) The circulation near the equator is a lot more complex and interesting, especially where it meets up with other gyres.

There are some strange and fascinating reasons why the circulation is the way it is, but that answer is the result of an entire oceanography course...

Not the answer you're looking for? Browse other questions tagged ocean temperature or ask your own question.

18
How do I explain why the Tibetan plateau is colder than lowlands at similar latitudes?
14
Odd structures in 66 year NCEP daily temperature reanalysis
6
Thermohaline Circulation in the Oceans
5
Why is the ocean paleotemperature trend downwards?
11
How can I find the nearest point on the coast from an ocean location?
12
How different is the proportion of heavy water ($\ce{^2H2O}$) in the different oceans?
4
The temperature of the ocean below 1000 m
3
Is ice also created ín cold water of the oceans?
7
Thermohaline: Why is cold and dense seawater salty when warm water holds more dissolved salts?
4
Why does the colour of Earths oceans vary?