How are low pressure zones tracked across the ocean?

When you look at a surface pressure chart e.g.: 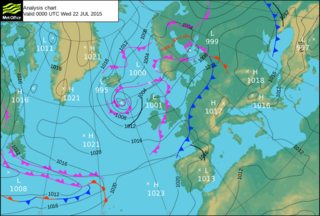 you can see low pressure zones over the North Atlantic ocean. How are these zones tracked? I cannot imagine there are many monitoring stations in the Atlantic ocean.

Ships can provide observations, but they are generally confined to shipping lanes rather than distributed all over the oceans. NOAA operates a volunteer observing program and you can find recent ship obs here. The ships can report location, wind direction, wind speed, pressure, pressure tendency, air temperature, water temperature, dew point, wave information and a few other fields. Not all ships report all of the data, but pressure is generally reported by all ships participating. 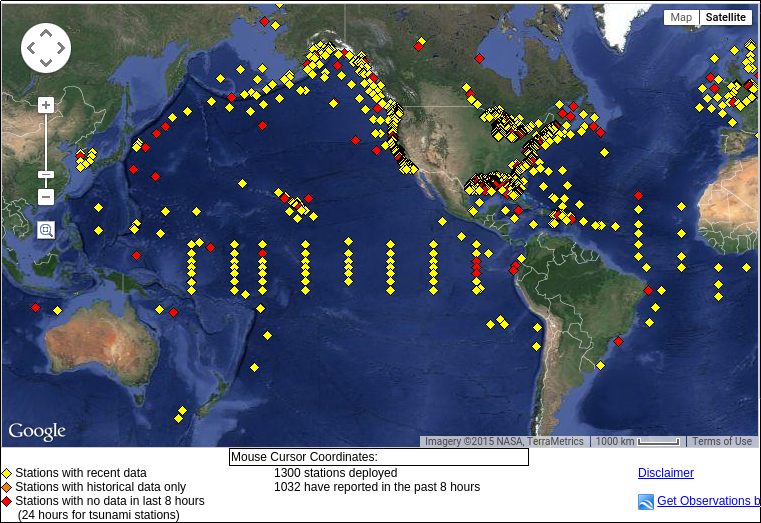 The buoy network leaves vast swathes of ocean unmonitored and to get these obs NOAA uses a network of drifters that, as the name implies, drift along the ocean surface.

The blue points in the map above are drifters than can report sea level pressure.

Weather models that assimilate these observations will use sophisticated algorithms to "fill in the gaps" and produce a continuous field of global sea level pressure.

Aircraft can report pressure, but knowing pressure at altitude won't yield sea level pressure without knowing (or making assumptions) about the state of the atmosphere between the airplane and the surface. Upper air observations are good though, and quite important to forecasting and generally much more sparse than ocean surface observations are.

Not the answer you're looking for? Browse other questions tagged meteorology barometric-pressure or ask your own question.

14
How can odor travel be tracked
2
With respect to latitude and time of year, what geopotential heights are associated with low pressure systems on the North American landmass?
2
How to identify low or high pressure area
6
Can strong winds significantly lower ocean surface levels, or is it really the static pressure differences?
0
When it is said that air moves from warm object to a cold object, how is it possible that air moves from high pressure area to low pressure area?
1
If storms form above low pressure regions, why doesn't the eye of a hurricane, a low pressure region, have any storms?
14
How are barometric pressure measurements traceable over centuries to 100 parts per million accuracy?
1
At what point is the atmospheric pressure considered to be high or low?