Currently (April 2014), the fraction of the Great Lakes covered by ice is more than ten times the median amount for this time of year, the median amount being indicated by the green line in the below graph and representing the 1980-2010 time period. The source of the graph is the Canadian Ice Service. 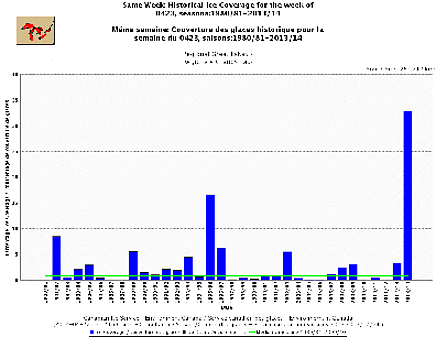 While the data in the graph are only back to 1980, looking at data from the NOAA Atlas of Great Lakes Ice Cover it can be seen that the amount of ice for this time of year is unprecedented back to 1973, the earliest year in the atlas.

My question is, how far back would one have to go to find a year with an equal or greater amount of ice coverage on the Great Lakes at this time of the year? Obviously the Great Lakes were glaciated thousands of years ago :), but is there any historical record of a similar ice coverage event? 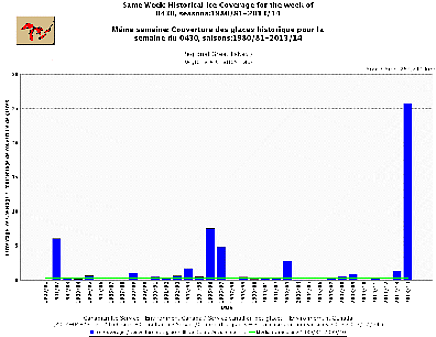 As we close out April, the amount of ice remaining on the Great Lakes is more than 4 times greater than any other year in the 1980-2014 time period, and about 50 times the median value for this time of year.

Vast areas of Lake Superior which were considered by Canadian Ice Service as having a zero-probablity of ice-cover at this time of year are in fact covered in very thick ice: 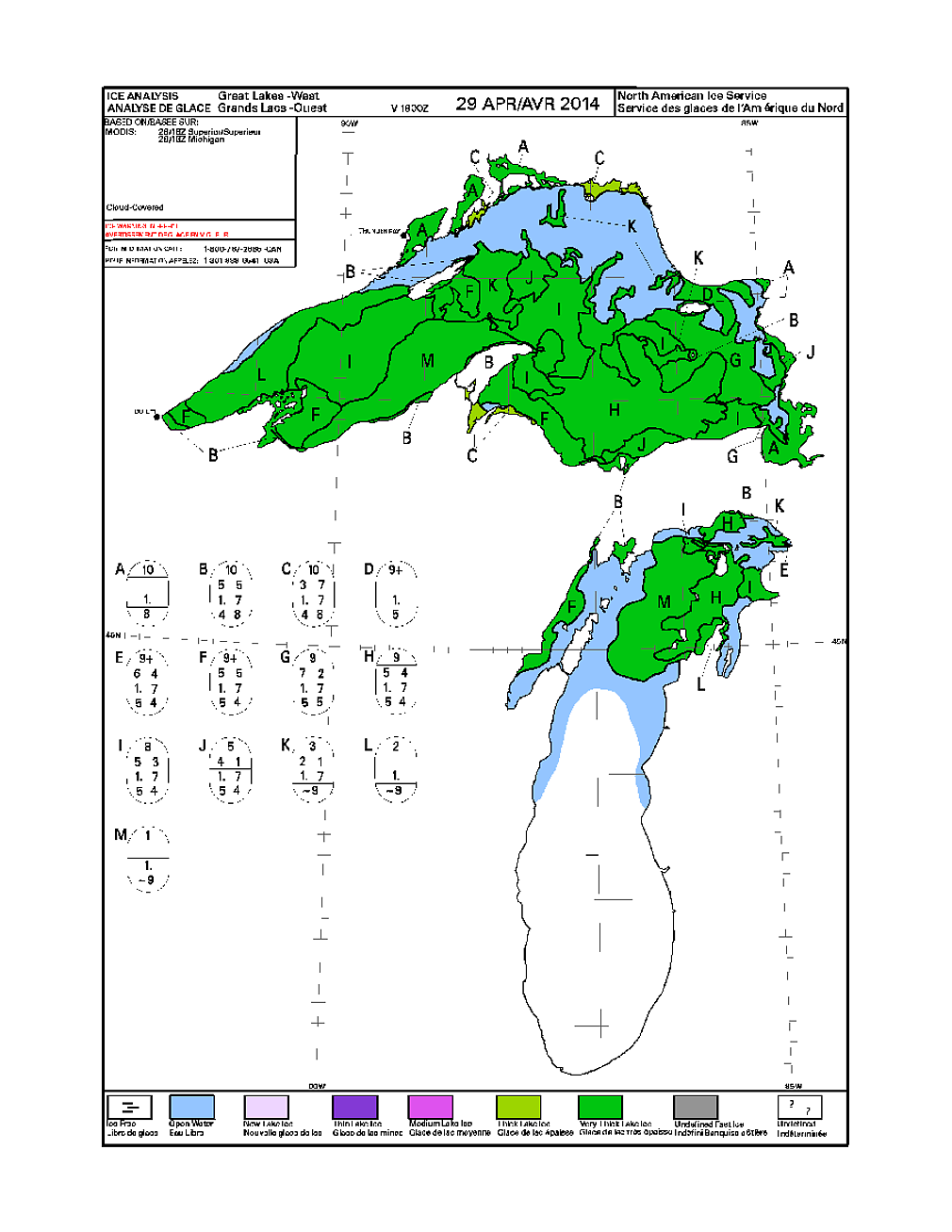 A small amount of ice still remains on Lake Superior. This is the first time in the satellite era (1973-) that ice has been present in June.

April and later ice cover is primarily on Lake Superior, since this lake is in the coldest region and also because it is the largest lake.

It's unprecedented for March going back to 1973. It is not quite unprecedented; February 1979 is still the champ with 94.7% ice cover on the Great Lakes in recent history.

What about before that? Measurements were intermittent and not all that accurate. Earth observation satellites are needed to do this kind of measurement frequently and accurately. That's why the records start with 1973. (Note: Something similar happens with hurricanes records. Meteorologists didn't know how many tropical storms and hurricanes never reached shore until the advent of modern weather satellites.)

Temperatures have been rising since the mid 19th century. There were eight times in the 19th century when the East River froze solid enough to walk on. Since then? None. The winters of 1815-1816 and 1816-1817 are especially good bets for even greater ice coverage on the Great Lakes. 1815 was the "year without summer", thanks to the 1815 eruption of Mount Tambora. The summer of 1815 wasn't, and the winters that followed were just brutal.

13
Carbon Dioxide levels appear to be linked to the Milankovitch cycles according to Ice Core data but what is the mechanism?
13
Why does Mars' experience an 'ice age' at high axis obliquity, when Earth experiences an ice age at low axis obliquity
13
Are ice-ages dependent on an un-equal distribution of land-masses?
5
What is the time-lagged correlation between historical $\ce{CO2}$ records from ice cores and global temperature records?
5
Are AO-GCMs sensitive enough to take large lakes into account?
3
Current temperature increase VS decrease during the little ice age
1
Polar Ice caps are melting? Questions on enviromental impact