Put another way, if you go back far enough in earth history, was there never a San Francisco Bay, and the mountains in the Peninsula and east of the "East Bay" were essentially a contiguous mass of hills?

PS - I live in the Bay Area, and I know some of the features formed by the San Andreas fault. 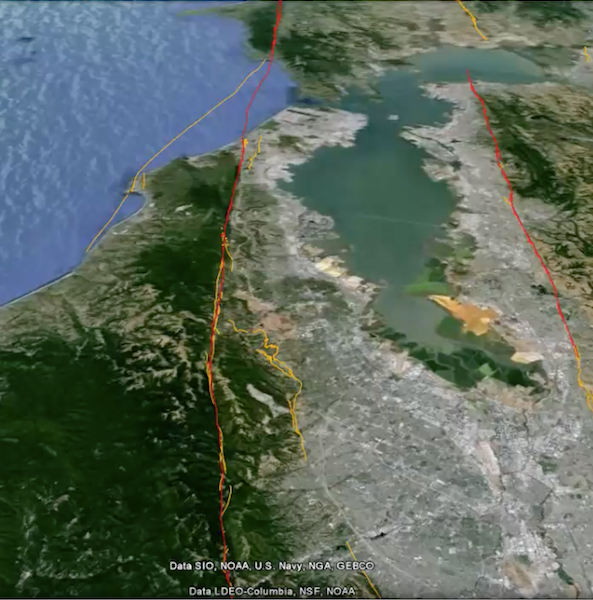 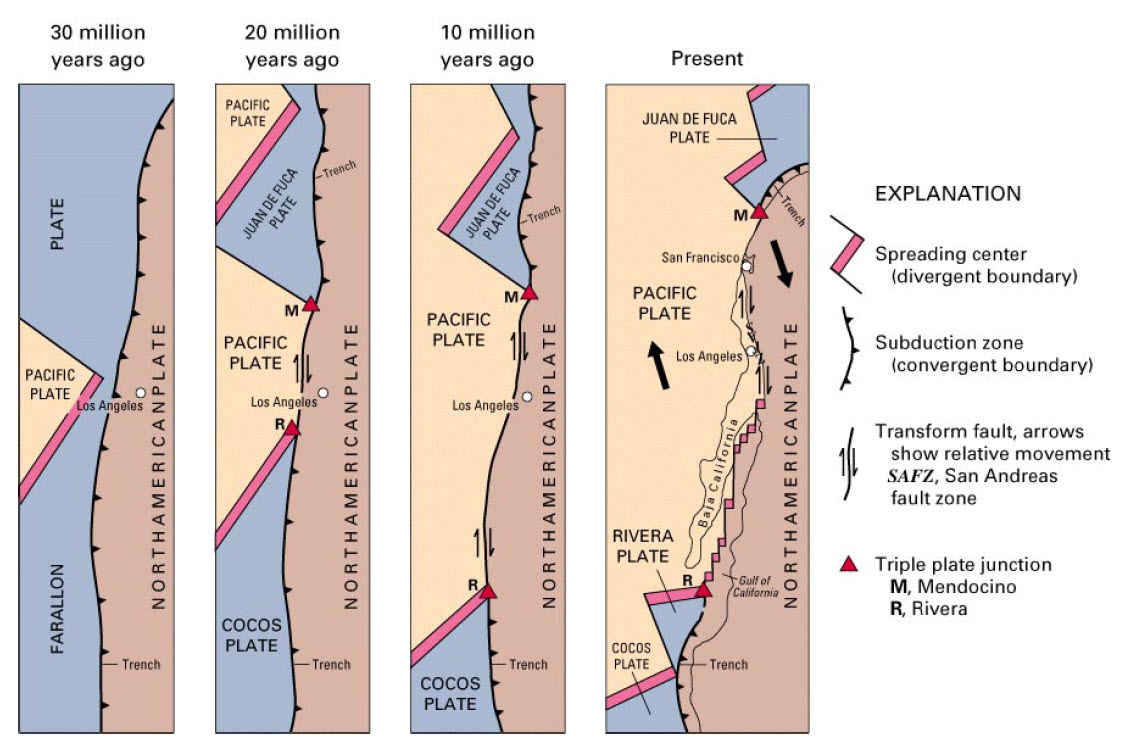 As these separate landmasses were scraped off the Pacific Plate, they formed distinct rock types, with the boundary of each forming a distinct fault. Here's a good illustration of what that looks today:

Of course, these faults and rock types will be different depending on what cross section you're looking at.

I know this isn't a complete description, but I think it's a good starting point.

These illustrations came from USGS bulletin 2195, which can be found here. It's an interesting read in and of itself.

Not the answer you're looking for? Browse other questions tagged earthquakes plate-tectonics or ask your own question.

20
What causes intra-plate faults, such as the New Madrid fault?
8
Calculating the displacement of a fault
9
How deep are the cracks in the earths crust at fault zones?
6
Pangaea - Why did all the land mass form in one area?
8
Seeming correlation between time of day and earthquakes
2
What is the lateral ground acceleration, at the fault line, during a strike-slip earthquake?
4
Could the 5.7 earthquake in Utah be a precursor to a larger one?