Using current technology, is it possible to directly measure magma flow in the mantle?

Can a device or radioactive tracer be inserted into a volcanic lava lake, sunk to the mantle, and study the flow of magma within the mantle?

Any device that would be placed in a pool of magma would most likely be melted by the heat of the magma. If the shell of the device managed to survive, the electronics and sensors would be damaged to the point of being inoperable.

If a device were to survive the heat how would the device send signals to the surface of the Earth? Extreme ultra low frequency radio might work, but the source signal would need to be very strong and I don't envisage that being possible for a device dropped into a volcano.

Getting a device to sink into magma would require the device to have a density higher than that of the magma.

Drilling very deep holes to conduct a seismological survey of mantle magma is not possible given that the deepest hole ever drilled was the Kola Superdeep Borehole, drilled by the Soviet Union during the 1970s and 1980s. Its final depth was 12 262 metres - one-third of the way through the Baltic continental crust. Drilling was terminated short of the 15 000 metre target due to the rock temperature being 180 degrees Celsius.

Using electric potential variations within magma to study magma within the mantle would not be possible because the technique requires an antenna to be place in a drilled hole.

Currently the most direct way of measuring mantle properties is using geophysics. For instance, magnetotellurics (MT) can be used to measure resitivity in the upper mantle at mid-ocean ridges: 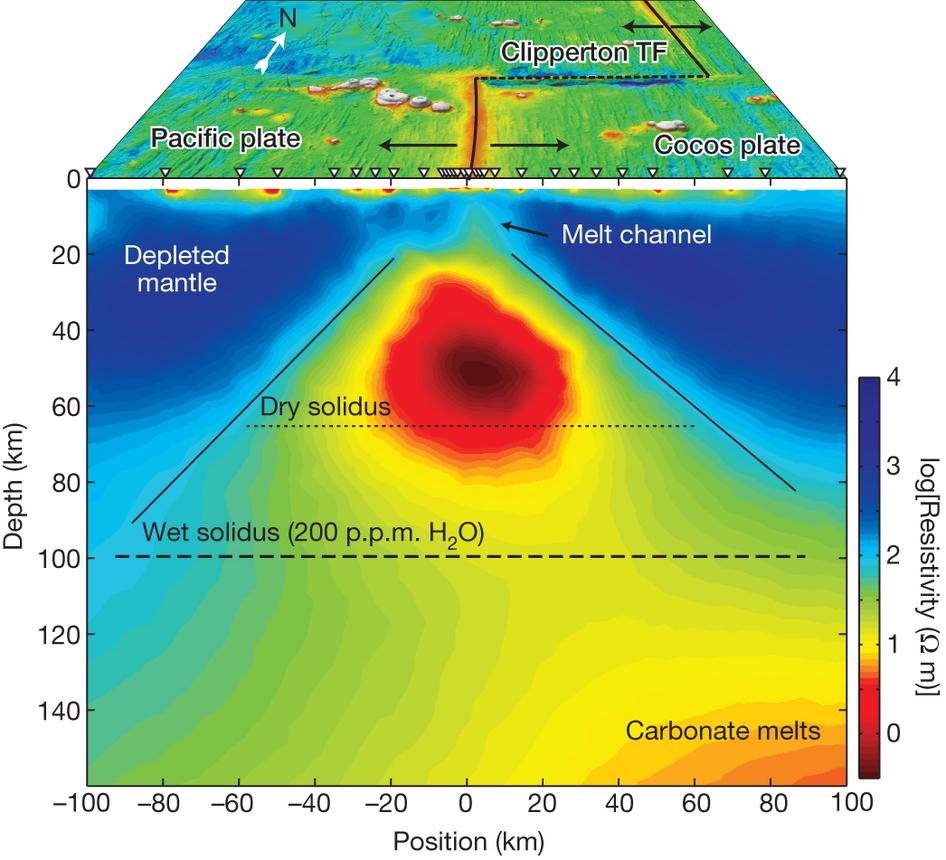 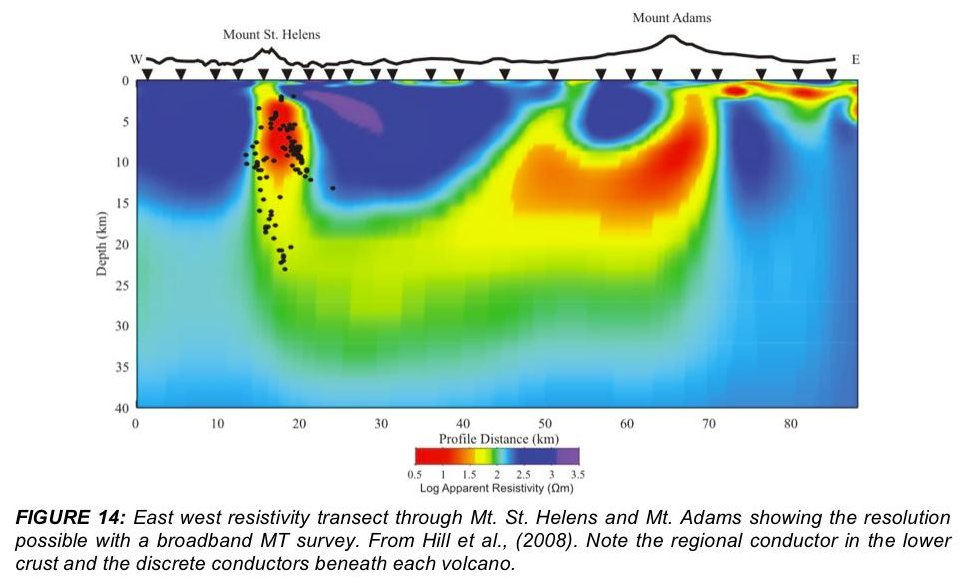 If you left the MT tools in the ground for a long time, you could record time-lapse resitivity measurements if you regularly grabbed the data. The change in the shape of the resitivity over time could potentially correlate to mantle flow. This paper describes a time-lapse MT method used to monitor changes in conductivity of a geothermal system over time.

Passive seismic data (sourced from earthquakes) may also be used to measure properties of the mantle, but a detailed model of mantle flow would be very difficult to build from seismic for many reasons.

Not the answer you're looking for? Browse other questions tagged mantle or ask your own question.

8
Magma resultant from group 1 and group 2 elements?
6
How can we have "floating" and convection currents in a non-liquid mantle?
3
Need help understanding what an "isostatic model minimizing crustal deviatoric stress" means
1
How can isostatic compensation of the crust be reconciled with a relatively strong upper mantle?
2
Why the "Mission to Earth’s core" proposal suggests using liquid iron instead of lead?
4
When diamonds "migrate" from deep underground to the surface, do they maintain pressure inside when there is no more pressure outside? If so, how?