This evening in Boston there was quite a spectacular sunset. However, many people noticed this odd vertical "stripe" in the west.

Has anyone seen this before?

It looked as though it was projected on the clouds from somewhere near where I was standing (as though a reflection of the sun). This would make sense (the city of Boston, with it's tall glass towers, was right next to us), but could the reflection really reach so far and be described so clearly on the clouds? 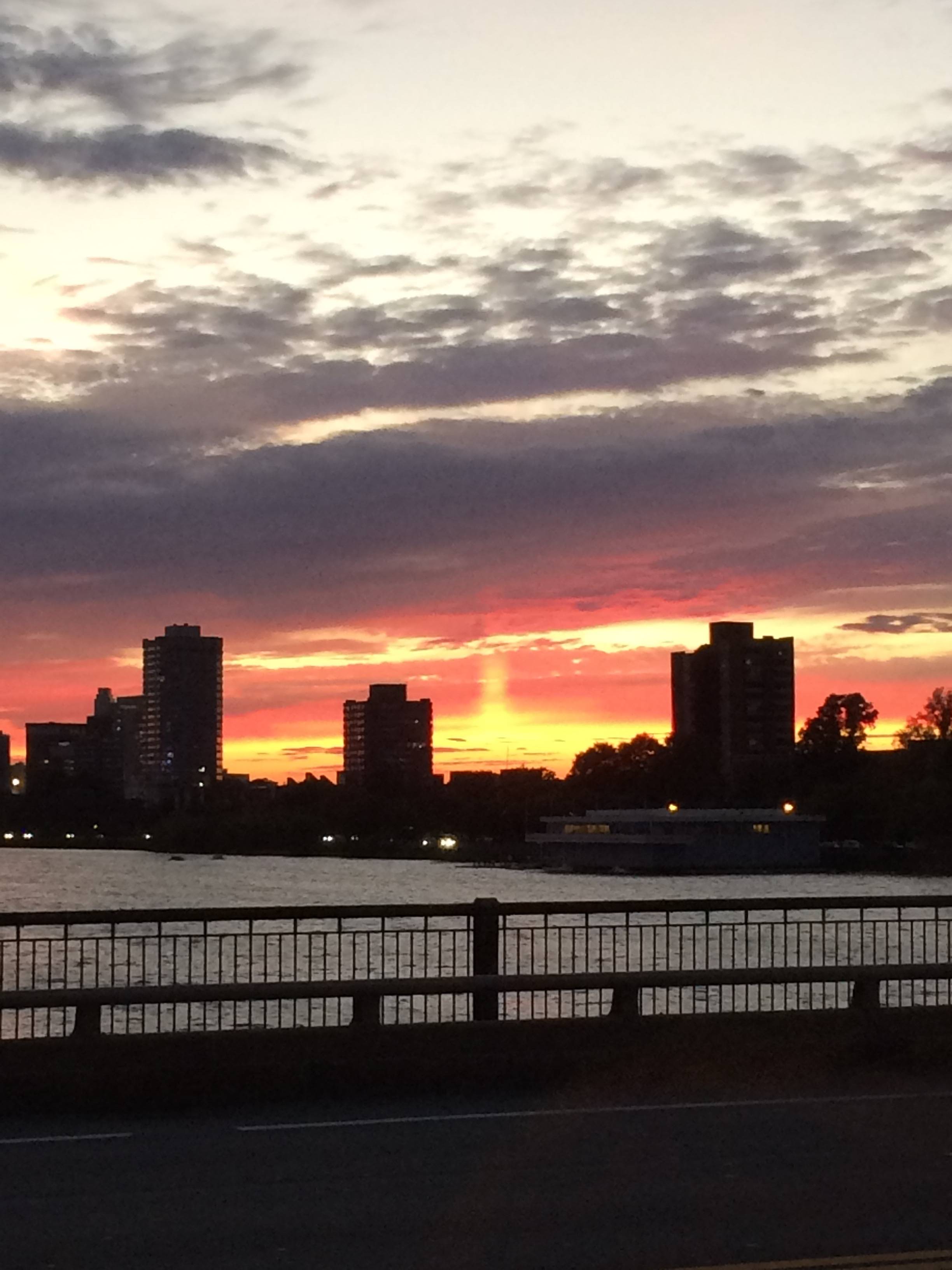 What you saw was a crepuscular ray. They occur when the Sun's rays stream through gaps in clouds. Such rays tend to appear as parallel columns.

If you look closely at the picture you took, there is a subtle angled crepuscular column above the short building near the middle of the picture.

7
Strangely bright morning twilight over Switzerland
3
Why is the colour gradient in the sky at sunset on an angle?
3
Why do clouds have areas of darkness instead of scattering light to produce a rainbow?
2
Rayleigh scattering from the moon light
4
What are the basic rules of how light and seasons affect landscape and objects lighting?
2
Atmospheric conditions needed that blocks all bright light during sunsets and allows you to stare directly at the sun