What does global weirding mean regarding temperature extremes?

Global weirding is a term used to describe how, with global warming, we will see more extreme weather events:

Avoid the term “global warming.” I prefer the term “global weirding,” because that is what actually happens as global temperatures rise and the climate changes. The weather gets weird. The hots are expected to get hotter, the wets wetter, the dries drier and the most violent storms more numerous.

The fact that it has snowed like crazy in Washington — while it has rained at the Winter Olympics in Canada, while Australia is having a record 13-year drought — is right in line with what every major study on climate change predicts: The weather will get weird; some areas will get more precipitation than ever; others will become drier than ever.

I have a decent understanding of physics but don't know much about weather and climate. I think I understand a few things about global weirding:

Here's what I don't understand: Does 'extreme heat wave' in this context mean

I think it means the latter, but given that today's heat waves can cost lives and damage crops, I think it would be relevant to point out that we will see more of this so the first definition has some merit. So I want to be clear about the terminology.

But my main question is, will we see more extreme temperature swings and what are the main mechanisms driving this?

First things first. Global "Weirding" is very difficult to quantify. That doesn't mean it's not happening, but it's inexact. The idea came from climate models, which produced a lot of unexpected variations as opposed to more smooth and consistent warming and weather patterns are so complicated that there's still a lot of unknowns in this area.

Warmer waters mean typhoons can form more often, so in locations where extreme weather is also caused by typhoons they will see this more often

Typhoons/Hurricanes are formed not just by warm water but by warm air and wind direction. If the wind is too strong, the hurricane doesn't form, it needs to build and as it builds, begin to spin. That's a dummies explanation, more details here 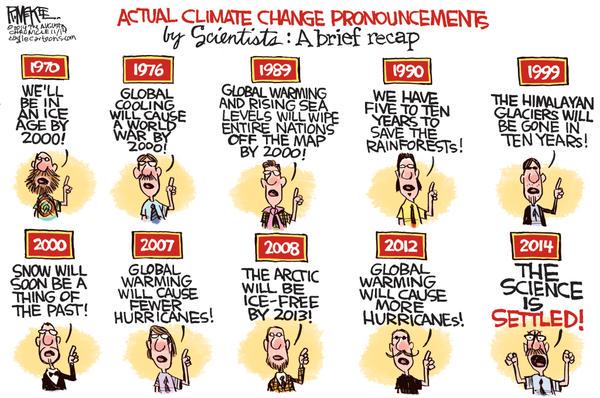 I personally trust 5AR over 4AR cause it's had 7 more years of research behind it, but whatever ends up being true, predicting hurricanes is complicated. Short article on the debate of cause of the apparent recent increase here

Warmer air can transport more water and since steam pressure rises greater than linear with temperature, the same temp. swing around a high mean means that more water can precipitate.

I'm not sure about stream pressure, though warmer air can hold significantly more water vapor, so that I agree with.

Every 1 ° warmer, the atmosphere can hold in saturation about 6% more water. So warmer air can hold quite significantly more water and as a result, lead to larger rain storms, though it's not just air temperature, but temperature variation as the warm air rises, etc. But more precipitation per storm is a very likely consequence of man made climate change. Source.

Also, while the Earth has warmed less than 1 ° C so far, most of the surface temperature over land has warmed over 1 ° C (1.53 ° C on average - see here) and it's the rainfall over land that affects us. This means that the atmosphere over the land can hold as much as 10% more water on average than it did at pre-climate change levels. Now, the temperature increase is lower in the upper atmosphere, so it's not really 10%. but we've seen a few percent increase in how much water our atmosphere can store over land over just the last few decades and that's expected to continue to increase.

Water evaporation and atmospheric water-vapor replenishment is trickier and depends on a few factors, river flow rate is based on rainfall and snow-melt upstream, wind speed and plant transpiration are also important. Some people say CO2 is plant food but it's not that simple. Plants need to take in oxygen to capture CO2 which they use to grow. Sunlight and soil neutralists are the actually the "food" for plants, CO2 is what they use to grow and with higher levels of CO2 in the air, they need to take in less atmosphere to get what they need and as a result, they lose less water, so less water is returned to the atmosphere from forests and trees, as CO2 increases.

So, in a nutshell, the global warmed atmosphere on average can hold more water, it can also take more time for the atmosphere "fill up again" after a rainfall or after passing over high mountains and dropping a lot of water-vapor. That's why you get more floods and more droughts. That much is simple physics.

If snow melt is high, that can lead to greater river flow and more flooding, and snow tends to fall in greater amounts with more water-vapor in the air. There's a number of factors.

That strange 5 feet of snow event on Buffalo in 2014 happened when cold air blew over warm great lakes and the temperature difference caused the wind to draw a lot of water off the lakes. Which, as it blew inland a mile or two, it quickly turned to snow and not the houses on the lake, but the houses a mile away from the lake got covered in snow. The lake effect isn't unique to climate change. It happened in the 1940s and 1970s, but warm lakes and a cold blast of air are the 2 drivers. 2014 was perfect for that with the polar vortex and the warm temperature colliding. It was (I think) the largest lake effect Buffalo has on record.

I often hear a statement to the effect that more energy in a weather system means it has more extreme 'swings' in its behaviour. I find this rather opaque and unconvincing.

I think I agree with you here. More "energy" is at best, vague, and it explains nothing.

Changes in ocean currents, perhaps caused by salinization changes and glacier melt can have significant effects. Europe's moderate winters relative to high latitude are in large part caused by the gulf-stream and the gulf-stream may be slowing, article here. There's still some uncertainty on the extent of this effect, but there appears to be a connection.

The Polar Vortex may also be growing as a result of climate change, based on some complicated models. Despite the earth being warmer, harsh winters in some northern locations are still possible based on weather patterns. Key point from article here:

As strange as it sounds, Kim believes the intense cold air outbreaks in recent winters across Europe, Asia, and North America are, in his words, “a side effect of global warming.”

This is a tough one.

First point is that there really is no 2015 mean in terms of temperature. We can generate a global average temperature for 2015, but local temperature fluctuates too much to have a 2015 standard. Temperature variation vs a standard is generally measured against a baseline over a few decades. For example, see chart below. (I couldn't get it to embed), but it compares 2014 local temperature to a baseline of 30 years, 1981-2010.

As ice melt increases and as oceans continue to store heat and slowly grow warmer the weird weather variation could increase, but as CO2 levels begin to perhaps at some point, stop rising and reach a leveling off, we might see a decrease in "weirdness" compared to previous years, though the planet would still be warmer, but the rate of change might drop, so the best answer I can give you is that it could go either way.

The IPCC models suggest a gradual increase in the rate of warming for surface temperatures between now and 2100, as well as an expected increase in sea level rise but that corresponds to a steady increase in CO2. The future CO2 growth rate could be a factor.

Guesses aside, when the experts say that weather will continue to get stranger, they are talking about compared to a consistent baseline, not a moving baseline cause that's a safer prediction, so your first sentence is the prediction that's usually put forth, but your 2nd sentence has a ballparkish 50% chance of being true too.

At some point the degree of weirdness has to level off simply because nothing builds indefinitely and for now global "weirding" appears to be gradually increasing, though as far as I know, precise measurements don't really exist. It's too hard to quantify.

But it's very hard to compare a world where every 'weird' event gets rapidly broadcast to one even 20/30 years ago where communications were not as extensive and comprehensive.

If these weirding theories are correct, why have there been no cat 5 hurricanes landfall the eastern America's since Katrina?

If you feel the oceans are warming, please cite the paper which supports thus aurgument.

Not the answer you're looking for? Browse other questions tagged climate-change global-weirding extreme-weather or ask your own question.

11
How exactly is the "global average temperature" calculated and how reasonable is this method?
2
Are there datasets like the global land-ocean temperature index for land surface temperature only?
11
Relationship between natural disaster and global warming, in the media
3
Method to determine Tmax 95th percentile in a climate data
2
Isn't a warmer climate better for energy generation?
1
Does extrapolating current CO2 trends indicate 7632 PPM CO2 and 14C temperature anomaly within 200 years?
3
Would the climate still rise when we reduce our carbon footprint down to zero?
9
Have there been any studies on how vehicles directly contribute to a rising global temperature?