Why doesn't it snow even when it is below freezing?

I know the temperature of a place is determined by various factors, a few of which I can think of are: Altitude, distance from sea, latitude, wind etc.

So why there isn't any snow in Finland but in Germany? Does a negative temperature indicate chances of snow?

Farrenthorpe is right, a little surfing the net for snow distribution would clarify the picture for you. However, I think you are referring to certain times when it rains further north and snows further south. There are several reasons for local anomalies, of which the most important is the dynamics of the polar jet streams. These are strong high-altitude wind that blow constantly in both hemispheres. These winds have meanders which migrate around the world, as depicted in: 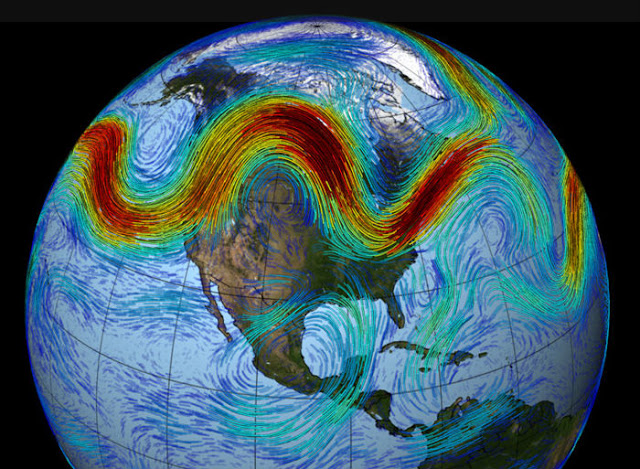 Meanders in these polar jets pretty much control the mid- to high latitude weather within the troposphere, bringing bulges of Arctic air south, and counter bulges of warm mid-latitude air to further north. But then they move on, and the reverse conditions sometimes prevail. As a long-term average the latitudinal control on snow distribution dominates. Of course, there are other influences as well, mainly related to heat re-distribution by the great ocean currents.

Gordon has an excellent answer to one version of your Q. In case you are asking a more basic Q, here is a try at an answer.

Vini, think about the monsoons. Cooling the soggy parcel of air causes rain, but continued gradual cooling as it crosses an area of land does not necessarily create even heavier rain (leaving aside the rapid cooling that happens when it is pushed up a mountain). The parcel is dried out as it cools, so by the time it hits higher cooler land, it does not have that much precipitation to give.

Snow is just another type of precipitation. Like with rain, it occurs when somewhere in the air column the relative humidity humidity goes over 100% and the is at least some dust for nucleation. The history of the air matters. That very cold air in Norway had to travel there from somewhere warmer and more humid, perhaps even through Germany. As it traveled to Finland, it became colder and produced snow, drying it out, so by the time it got there it had very little water vapor to turn into snow. 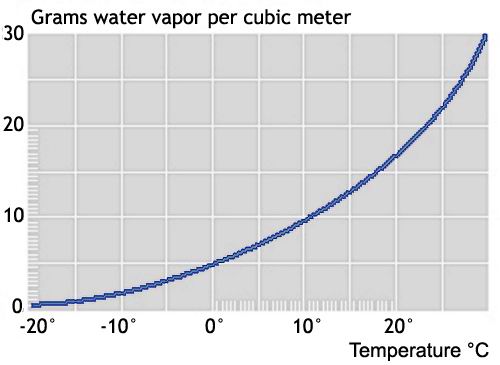 In fact, we have a saying here where I am in Minnesota (USA) that it can be "too cold to snow". Our greatest snowfall is in March, early spring, when temps are right around freezing. It snow very very little in central Antarctica, the coldest part of the Earth.

Not the answer you're looking for? Browse other questions tagged meteorology temperature precipitation humidity snow or ask your own question.

10
Snow from Fire: Could graupel, or even snow, fall from pyrocumulus clouds?
12
Why snow is white?
5
Is there a simple temperature prediction model?
1
When there is snow on the ground, can a hurricane still form?
5
Why is not snow melting in Ladakh at a rapid pace
3
What is the most optimal latitude on Earth for the generation of extreme maximum temperatures?
1
Why does Japan get so much snow?
2
Why isn't wind speed considered when calculating a heat index?