Does flow banding only occur in silicic rocks?

I made a video about what I learnt in my A Level Geology course so far, about igneous rocks.

One thing I mentioned was that flow banding is mostly only found in silicic rocks (and so mostly rhyolite) because that's what the textbook says.

However, someone commented that this may not be true, so I'm curious - what rocks can / does flow banding occur in?

Flow banding can occur in all igneous rocks, regardless of their composition. Any kind of molten rock that flows may eventually cause some flow banding. Sometimes the flow banding is not even obvious to the eye and can only be detected using geophysical methods such as magnetic anisotropy.

Here's an example of flow banding in a mafic rocks from Skaergaard intrusion in Greenland: 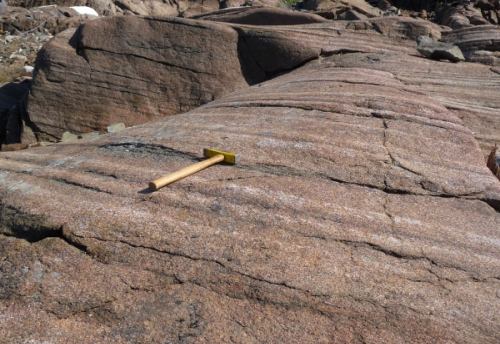 This looks like a sedimentary rock, but it's in fact igneous. Those are layers of minerals such as olivine, pyroxene and plagioclase that settled from a melted magma chamber.

It doesn't even have to be a silicate rock, here's a picture of natrocarbonatite lava from Ol Doinyo Lengai volcano in Tanzania: 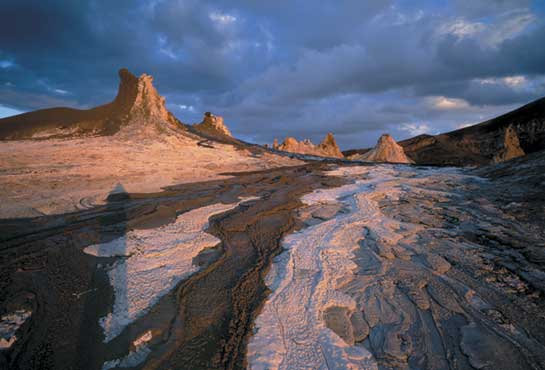 Obviously, this rock exhibits flow banding and it hardly has any silica in it.

Not the answer you're looking for? Browse other questions tagged geology volcanology rocks petrology structural-geology or ask your own question.

17
When can taste be used to help identify rocks?
20
Why does Volcano Lightning occur?
9
Pyroclastic flow protection
3
Was there once a glacier over Starcke national park in Queensland Australia?
1
Does grade of metamorphism apply to igneous and sedimentary rocks?
2
What's a reasonable flow rate/mass flux for a fumarole?
4
how can a asterisk/star like crack occur on a rock?
7
Why do (some) silicic bodies behave effusively instead behaving explosively as in common?