Why does winter get colder after the solstice?

Intuitively, it makes perfect sense to think that the coldest day of the year would be the day that gets the least sunshine, the winter solstice. In the northern hemisphere, this occurs a few days before Christmas. But as anyone who lives in places that gets snow can tell you, the most bitter parts of winter are in January and February, not December.

Why does it get so much colder when sunlight (and the warmth it should be bringing with it) is increasing?

Primarily because of inertia. This phenomenon is called seasonal lag.

It is true that the December solstice is the moment that the northern hemisphere gets the lowest total amount of insolation. Conversely, the June solstice corresponds to the moment of maximum insolation. The oceans, and to a lesser degree the land, absorb a lot of heat. Due to the large heat capacity of water and the large amounts of water, the seasonal lag can be considerable. In general, mid-latitude areas near large bodies of water have the largest seasonal lag, to the extent that the warmest month of the year in most of western Europe is August.

It is illustrated very well by this Warmest day of the Year map that NOAA NCDC (now NCEI) produced for the contiguous United States: 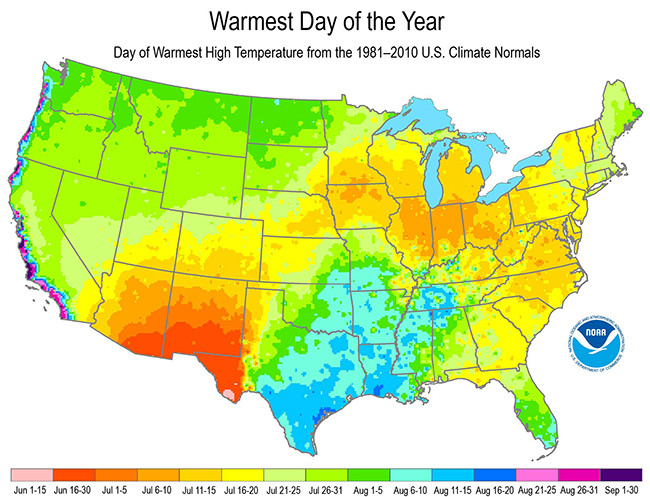 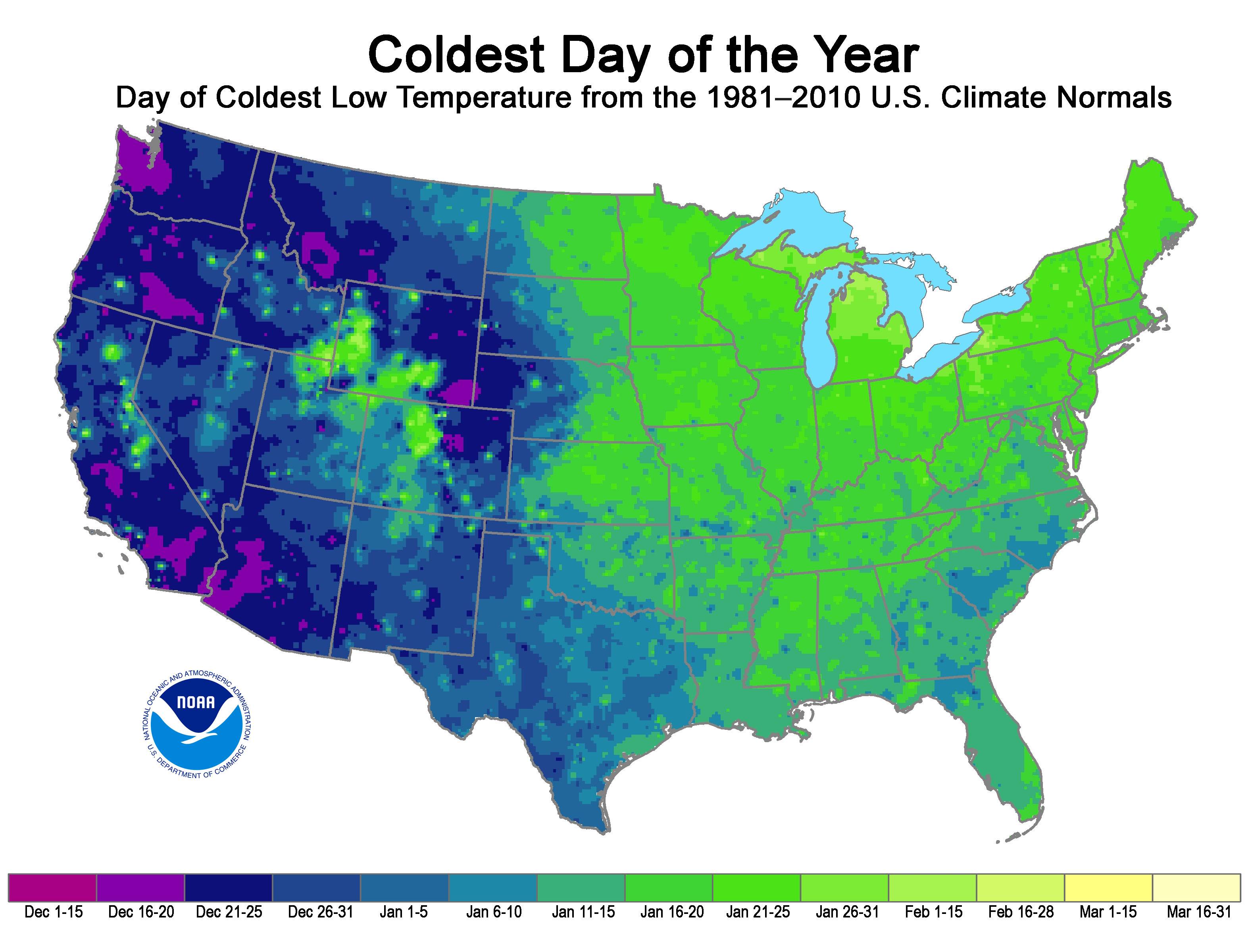 The detailed structure is somewhat different, which has to due with local climate and circulation, but the overall trend related to humidity and proximity to ocean shows up in both. We can also see the mountains, which I would guess to be a snow albedo feedback effect (ever notice how nights get colder when the ground is snow-covered?). At NCEI you will also find similar maps for the rest of the USA.

Not the answer you're looking for? Browse other questions tagged climate seasons or ask your own question.

4
Why are January and February the coldest months although 21 December is the shortest day?
20
Why is March colder than September in Northern Hemisphere?
17
July/August hottest months (northern hemisphere): because of continued warming or other effects?
22
How can the average coldest day of the year be before the winter solstice?

22
How can the average coldest day of the year be before the winter solstice?
20
Why is March colder than September in Northern Hemisphere?
5
Would the enthalpy of fusion for melting ice fields be a causative factor for colder winter weather?
5
Why do meteorological seasons start earlier than astronomical seasons?
3
Why does the Indian subcontinent experience it's warmest weather in April and May?