Why do ooids not grow larger than 0.5 mm?

I know ooids form in high energy water, by rolling and building layers around a nucleation site, but I don't understand what limits their size. 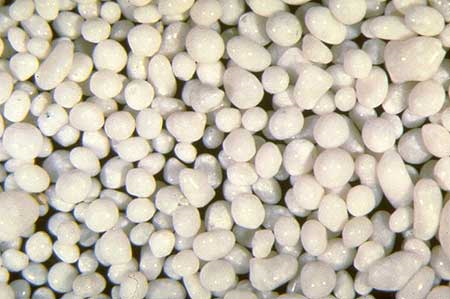 What keeps these such a regular, small size?

I was unaware of a 0.5 mm maximum rule with ooid size. The Sam Boggs Jr. book on Principals of Sedimentology and Stratagraphy indicates that ooids can grow up to 2 mm. Grains larger than this are pisoids. The size limitation may depend on how you define an ooid. To me, an ooid carbonate grain with a nucleus and concentric layers of calcite or aragonite.

The size is likely a function of the availability of calcium and carbonate ions in the water (calcite or aragonite saturation). I think that microbial action also contributes to large grain size, but if microbes are involved, then you might call it an oncoid instead.

The similarity of ooid size is a function of similarities in the environment of deposition.

Microfacies of Carbonate Rocks by Erik Flugel is a great book that discusses these features in detail.

As already noted by Inkenbrandts answer the size limitation of ooids to 2 mm seems rather arbitrary, from Richter (1983):

Though most ooids are smaller than 2 mm, it is not meaningful to postulate a grain size boundary between "ooids" and "pisoids" at a diameter of 2 mm as suggested by Choquette (1978) and Donahue (1978), based on older usage, because the ooids of several occurrences exceed this limit without structural and mineralogical changes.

Most Phanerozoic ooids are smaller than 2 mm, but there are some Neoproterozoic ooids which are considerably larger, up to a diameter of 16 mm. This might be because the conditions on carbonate platforms were different. Controlling factors for the growth of ooids are:

Nuclei supply: The ooids stop growing as soon as they are buried, when there is a large influx of new nuclei, small ooids get buried before they are 'fully grown'

Agitation: For ooids to grow, they need to be mobile. When the velocity of the water is not sufficient to keep them moving, they stop growing.

Abrasion: When the growing ooids impact each other in high enery conditions, the mass loss during each impact is dependent on their mass: $$ \frac{\Delta m_{abrasion}}{t} \propto r^3 $$ the larger the ooids, the quicker they loose mass when colliding with others. If there was only growth rate and abrasion on could simply calculate the radius of ooids were they stop growing, but the other factors have also have to be considered.

The authors from whom I compiled the list of factors (Sumner and Grotzinger (1993) argue argue that for the growth of large ooids there must be a low nuclei supply, so that ooids have time to grow before getting buried, and the environment has to be energetic enough that large ooids still move. One reason for low nuclei supply might be that common sources for nucleation like skeletal fragments and fecal pellets were not available in proterozoic time. The second factor could be that the large ooids grew on carbonate ramps on rimmed carbonate platforms where the high energy environment is given.

Not the answer you're looking for? Browse other questions tagged geology limestone or ask your own question.

13
Which are the biggest methodological differences between the archaeological and geological approaches to stratigraphy?
6
Mars maar craters explosive style formation gravitational effect
4
Why pro-gradation occurs along coastal environments?
1
At what altitude stalagmite/stalactite caves are located? What kind of rocks are needed to form them?
7
The geology of local landscapes and small scale features
9
What is the consensus among geologists about climate change being caused by humans?
3
How vertically deep do lava conduits go?
5
Using acoustics to measure the composition, density, and hardness of layers
3
Is it incredibly unlikely that industrial societies emerge elsewhere in the galaxy due to lack of petroleum or similar substance?