I have a question about a project I have for school. I have to make a topographic map of a made up island. I was wondering if the placement of the contour lines and the index lines are correct. Also if there are any mistake, can u point it out? I am not using the answers to the advantage of getting the project done, I am using to learn because we just started this in school. Thank you guys very much 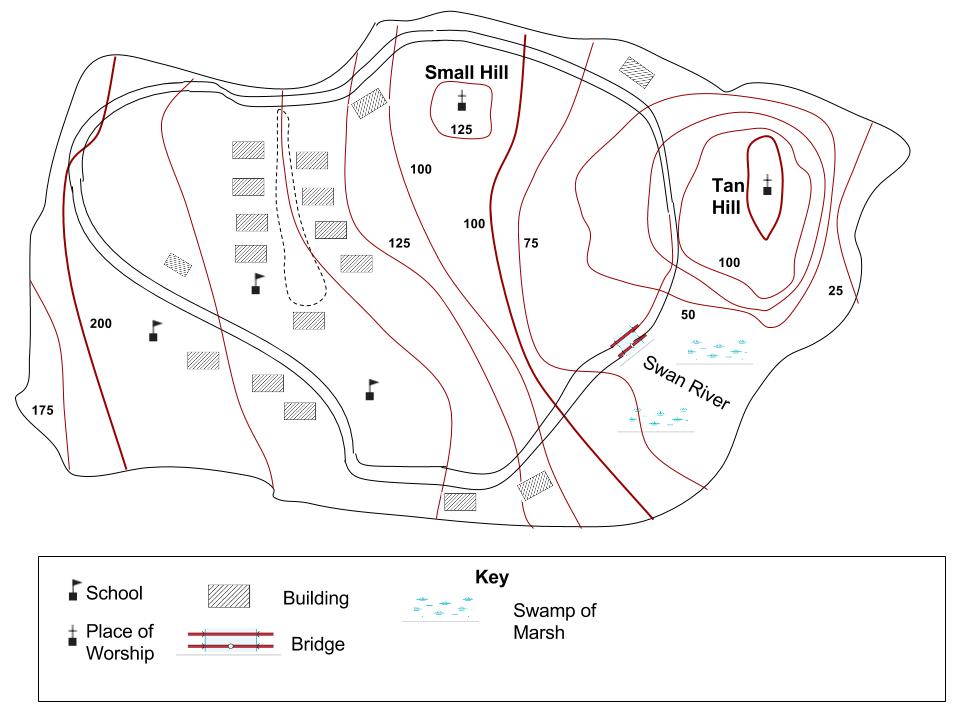 Some hints to get you thinking.

Remember contours are lines joining points of the same elevation.

So could a contour line run into the shore the way you have drawn them?

You have closed the contours around the hills - good. But what happens in low lying areas like the swamp? Wouldn't the land rise up on either side of the swamp? Would that mean that the contours mostly go around it? The contours might not close completely around the low-land the way they would around a hill-top unless you have a closed basin but they will spread out at flat areas. Think about working up from the shore as well as working down from the hills.

You have a River labeled but not drawn in. Maybe draw in where you think the river flows (hint rivers usually run in valleys and water flows downhill). This is kind of hard to visualise, but if you have a river valley running down a slope, the contour line will 'deflect' upstream where it crosses the river. Similarly a contour line will deflect away from the peak of a hill when it crosses a ridgeline. Try looking at a contour map of an area you know and see how it works.

Not the answer you're looking for? Browse other questions tagged geography topography mapping or ask your own question.

3
Why does Google maps (in terrain mode) space thier topo lines 80 feet apart?
6
Maps and Faults
7
Inconsistency between topographic survey and Google Earth
3
Software to draw maps based on Earth
26
What is the line crossing the Pacific Ocean that is shown on maps?
4
Realtime planetary gravity maps?
3
Resource for scientific maps?
6
Old topographic maps of Odisha, India