I have seen many times that their are two kinds of Satellite Images shown on the websites like Skymet for India i.e.

I want to understand the basic difference between them.

I am here Adding 2 satellite Images(Meteosat and Insat Images Respectively) for the date of 20/02/2016 and time 8:00AM (IST) to make you understand better visually. 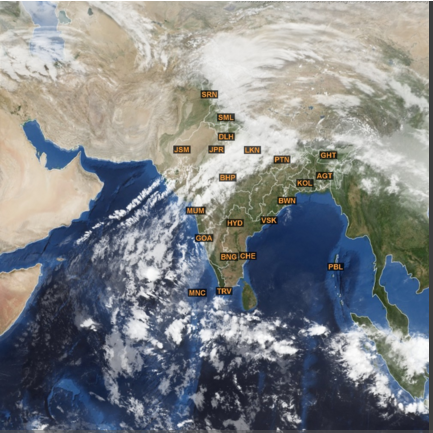 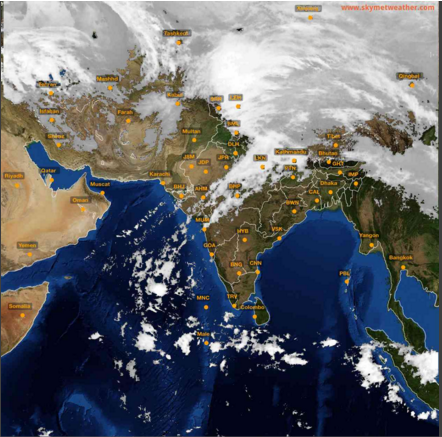 Thanks for your help in advance.

Let me try to add some more information for Mr Mani.

Meteosats are satellites dedicated for meterological purposes alone operated by EUMETSAT. INSAT satellites by India are multipurpose satellites which serve other purposes also in addition to meteorology.

These are not pure satellite images.

On the images shown in the question, one can see bathymetry in the oceans that cannot be seen from a satellite image. Rather, those images use a static image background (the land may be from a satellite mosaic, but not the ocean) along with a calculated cloud mask, then show the satellite image only where there are clouds (probably an infrared image where cold clouds are white). The differences between the two satellite images therefore have less to do with instrument differences than with differences in post-processing.

From NASA WorldView we can see what an actual infrared satellite image at this time looks like (again with cold clouds white, hot surfaces black), in this case from VIIRS on the polar orbiter Suomi NPP at a wavelength of 13.3 µm (I didn't immediately have IODC/Seviri images at hand, I may check mack later for those): 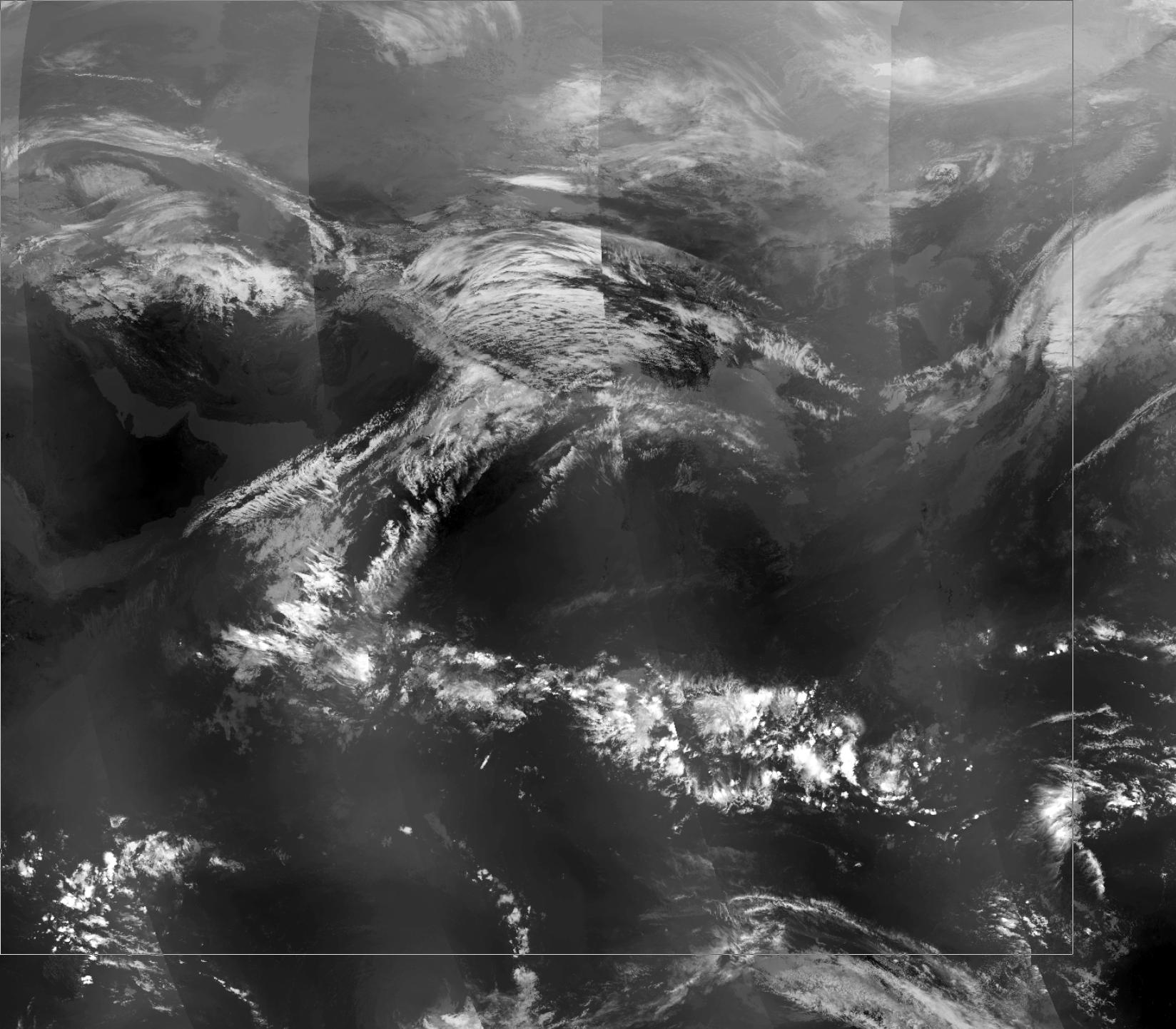 Some difference i photography is obvious. Insat does not provide images of scattered, light clouds which are essential for a lay observer to form a view about possibility of rain.

Not the answer you're looking for? Browse other questions tagged measurements remote-sensing satellites or ask your own question.

1
Which image is accurate viz insat or meteostat?

14
GOES Visible Channel - asymmetry between morning and afternoon
7
Relationship between illuminance and cloud cover
5
Is there a difference between Density and Specific Gravity?
0
How to calculate the snow cover area from satellite data in better and efficient way?
4
Giant Cavern the Size of Manhattan Under Thwaites Glacier in West Antarctica - how was satellite and airborne radar data combined?
4
What are the differences between down-looking and side looking radar?
9
Why are atmospheric BrO and ClO important to measure by satellite?