In -20 °C weather, creeks below waterfalls here form ice columns. What are these called? Ice-canoes? 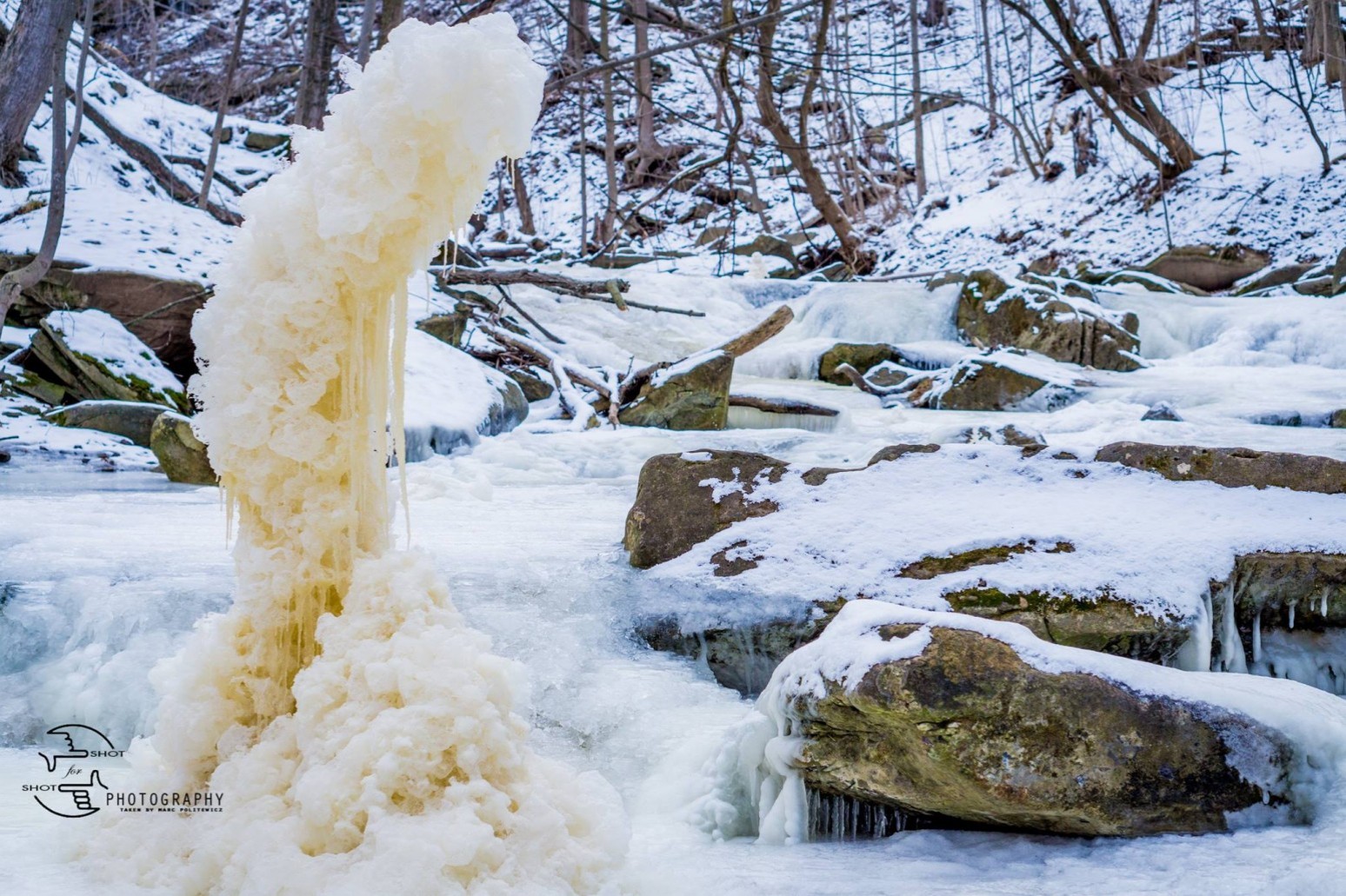 I would like to know the name(s) of this ice formation. How common or rare is it? What other regions of the world does this occur in? What specific requirements are needed to produce it and could it be reliably produced in a lab or a fountain or pond? What other structures are similar to this?

We also have a video which shows the center of the growing columns bubbling with orange froth, which appears to supply material to the sides of the columns as it grows.

These columns appear to be about two feet or 60 cm high and about eight inches or 20 cm in diameter for the largest ones.

They do not look like they take the shapes of crystals, rather, like the precipitation chimneys of undersea hydrothermal vents.

I heard that this kind of structure has been seen in Nova Scotia. I also heard they form in more than one creek in or near Hamilton, Ontario, Canada (where the pictures and videos were taken). I also heard this has happened in other years, not just this year.

These are classed as ice spikes. You are correct in noting the occurrence downstream of waterfalls, as this extra turbulence is part of the formation process. The USGS page here has information on the formations, photographs and a list of criteria involved in their formation:

The winter conditions at each of the ice formation’s locations were similar:

30
How would an icicle "grow" upwards?

11
What ice phenomenon are we seeing in this video?
18
Is this ice cover real - and what circumstances are required to make it?
4
What are these 'spine' land features on the banks of the Oder river?