Is oxygen the most abundant element on Earth?

This quick Google search mentions oxygen as the most abundant element.

How can this be reconciled?

The composition of the atmosphere, crust, mantle, core and bulk earth are all notably different.

The atmosphere is composed of ~78% nitrogen and ~21% oxygen, with small amounts of other gases.

The bulk composition of the earth by weight is mostly, iron, oxygen, silicon and magnesium, in that order, with all the other elements making up only about 5% of the earth's weight. Most of the earth's iron is in the core, which is about 85% iron. The rest of the earth is dominated by oxygen and silicon, primarily in the form of silicate minerals, which consist of $\ce{SiO4^{4-}}$ tetrahedra linked in different ways and with different cations filling in the gaps. 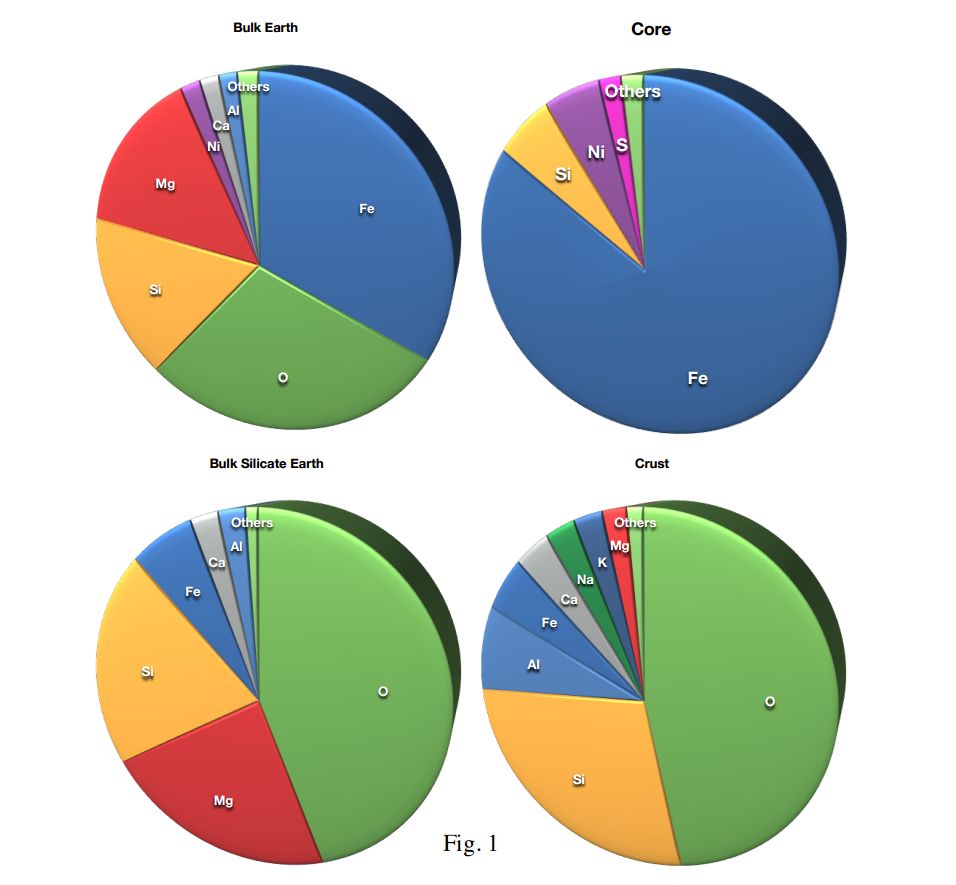 "How can this be reconciled?" In two words: silicon dioxide :-)

Yes, that's simplistic, but reflects the fact that virtually all the oxygen occurs in chemical combinations with other elements, not as free oxygen. The same is true for other elements in the crust & mantle.

Not the answer you're looking for? Browse other questions tagged atmosphere geochemistry nitrogen oxygen or ask your own question.

6
What are the dominant elements that oxygen is bonded to on earth?

19
Why does Earth have abundant oxygen in the atmosphere?
5
Why silicon is abundant in earth surface?
8
Is oxygen spread equally on Earth's surface?
5
Which plant produces the most oxygen?
13
Does the magnetic field really protect Earth from anything?
5
Relationship Between Ratio of Atmospheric Gases and Ocean Gases
2
How many mole of oxygen gas is there in the atmosphere?