Q: Which unit is attached to 'number of particles per volume' (e.g. of the atmosphere)? The questions focuses on the 'number of' and not on the 'volume'.

edit 1: The particles are of different size and composition. Converting the number of particles into another unit is not reasonable for my application.

In my experience $[m^{-3}]$ or $[cm^{-3}]$ as number density is very well understood throughout the communities of both earth, solar-system as well as exoplanetary scientists.

Take for example the recently published The atmosphere of Pluto as observed by New Horizons which in fig. 3 shows the derived atmospheric composition of Pluto from occultation measurments in $[cm^{-3}]$ with some model curves: 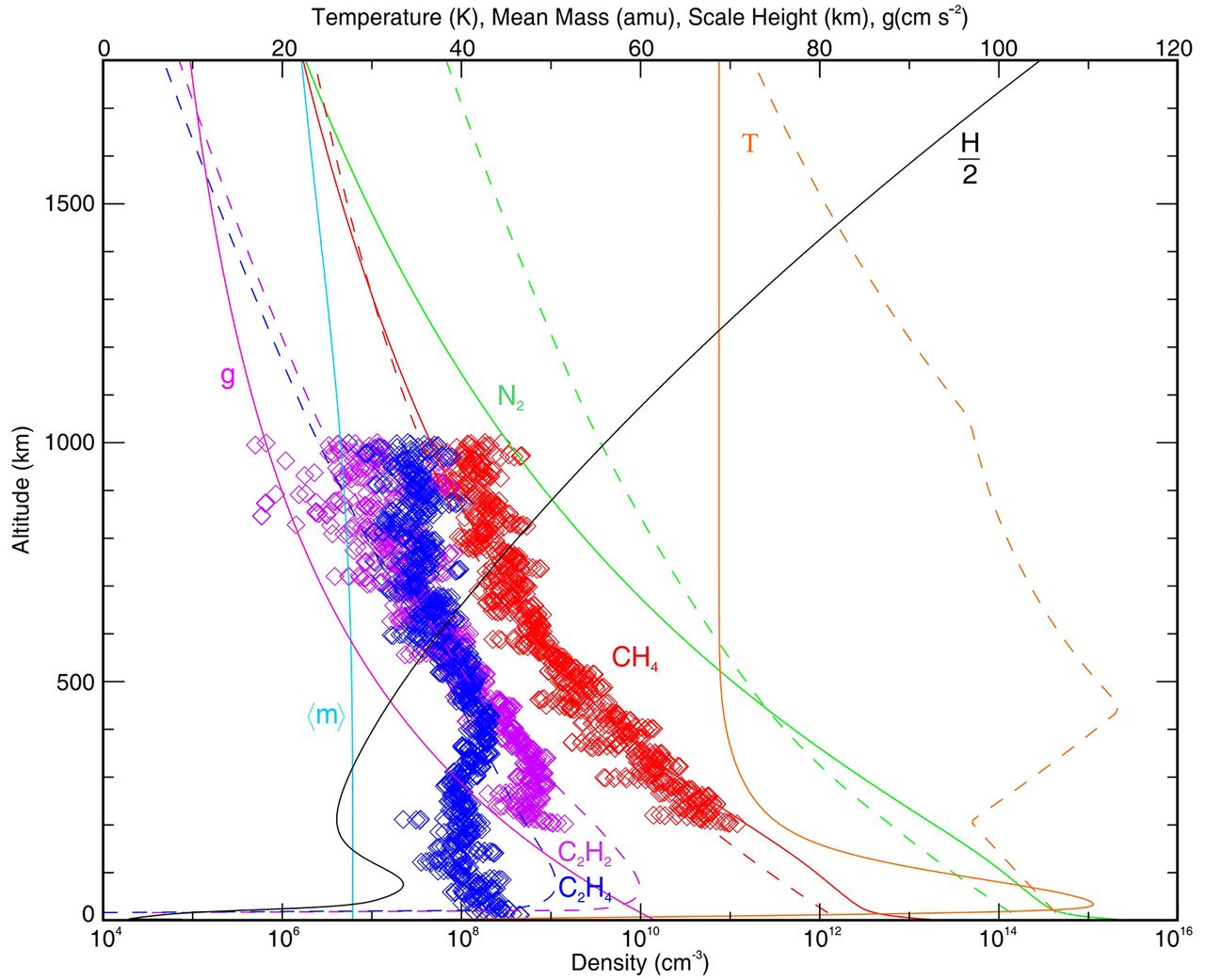 The density in this unit is just a very natural and convenient outcome of the used occultation-inversion techniques. Thus of course the units are sometimes simply the result of the context in which a work is done, and as other commentators stated, a mole could be used. However I'd argue that $[cm^{-3}]$ is sufficiently simple to be understood in any context and adding moles just makes things unnecessary confusing as it suggests numbers to have a unit, which they don't.
It just physically makes no sense.

8
How is the radiative efficiency of a given gas (like a given CFC) analytically calculated?
3
How rare are double rainbows?
7
How does Earth's heat escape to space?
5
What controls the tendency of trace elements in different particle size fractions?
3
How and when was the $\mathsf{CO_2}$ scrubbed when Earth was still primordial?
0
How to understand the sentence below about rapid or fast exchange between vapour and droplet?
4
What is “small layer thickness” defined as in terms of bulk Richardson number approaching gradient Richardson number?