Can we see lava in a divergent tectonic boundary?

Can we actually see an orange line of lava if we look down to the crack of the divergent boundary of tectonic plates?

No, we can't. This is because of several reasons, mostly stemming from the fact that the plates are not diverging fast enough to keep the lava hot enough before it cools down.

If we go and look on diverging plate boundaries on land, such as on Iceland or East Africa, you don't have a "line" of lava. Instead, you have individual volcanoes located along a linear trend: 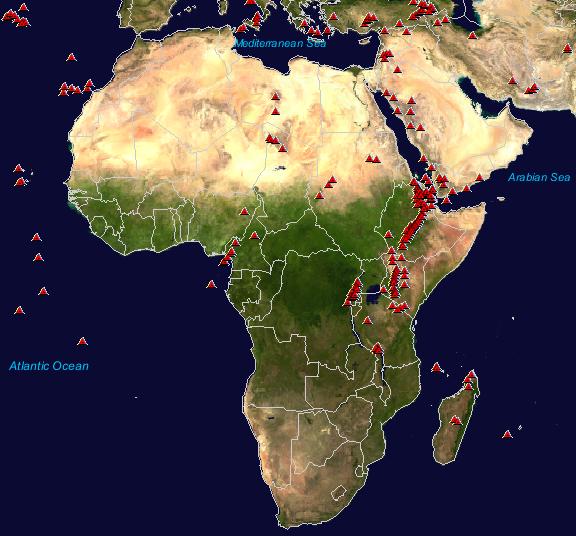 If we think about divergent boundaries underwater, where the lava comes from a much shallower depth, we may think it might be possible to see this kind of feature. The problem is that water is extremely effective in cooling down lava. Here's an example video of what happens when there is lava underwater:

As you can see, the lava cools in seconds. It doesn't erupt fast enough to sustain a constant liquid lava "line" under water.

This is not something that happens on Earth. But on other planets, maybe. If we think of a planet where the surface temperatures are on the hundreds of degrees Celsius (such as Venus), the cooling of the lava may be slow enough for plate tectonics (if they exist on said planet) to catch up and provide enough magma to sustain a long-lived magma lake-river on the boundary.

What happens at a divergent boundary is that indeed the two sides are diverging along the entire length. However, this does not mean that there needs to be a crack (and indeed there isn't). Rather, lava pushes into the area from below but most of the time doesn't actually make it to the surface before it cools. This process is called dyke intrusion, and the wikipedia page just linked to has some very good pictures. Because the spreading rate is pretty slow, it's also not necessary that dykes intrude the entire length of the boundary at the same time. Rather, they could introduce a part of the boundary this year, and some other part a couple of years later. If this just keeps happening, the intruding dykes will still push the two plates apart on average over many years.

Not the answer you're looking for? Browse other questions tagged geology volcanology plate-tectonics petrology or ask your own question.

21
Plate Tectonics: Is it possible to have an ocean-continent divergent boundary
9
Do divergent tectonic plates destroy mountains?
2
Is plate tectonics a hoax theory? How can tightly packed plates move?
1
Divergent boundary and trenches between oceanic plates
12
Is the Mid-Atlantic Ridge a ridge or a trench?
5
Number of tectonic plates
4
What formations are to be expected to develop between the transform boundaries of oceanic and continental plates?
6
How can linear oceanic ridges (like the East Pacific Rise) be explained by single point mantle plumes?
1
If two adjacent tectonic plates are moving in the same direction, is there significant interaction at the boundary?
6
What is the impact of divergent tectonic plates on old mountain ranges?