I was watching the science channel yesterday and the program mentioned the Great Pacific Garbage rim. I was struck by the illustration (and pretty much every subsequent animation/picture I've seen now has the same basic illustration) below: 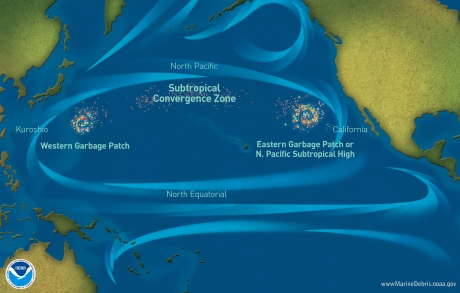 Unless I'm not understanding something, the garbage swirls around in a huge closed trajectory and encloses two sinks ( the colorful swirly things; one on the left and one on the right). This isn't physically possible though, with the perfectly reasonable assumption that the tidal force field is continuously differentiable. Any closed curve has to enclose equilibrium points who's indices add to $+1$, but a sink has an index of $+1$ so this curve encloses a total of $+2$. There would have to be at least one other equilibrium point inside the closed trajectory that had an index of $-1$, so something like a saddle node:

But I can't find any illustrations showing any other equilibrium points other than these two. Does anyone know what they are, or perhaps if I'm not understanding something?

Yes, you're right, there should be (at least one) saddle point in the middle of the loop. And indeed, if you search for illustrations of Pacific ocean circulation, you can see the saddle point in some of them, like this one: 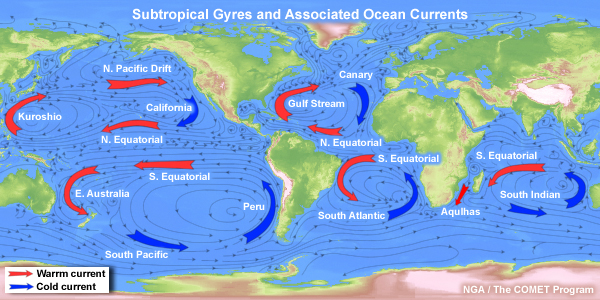 Now, in a lot of other maps, the saddle region is just left more or less blank. Apparently, that's because there just aren't any strong currents there; most of the circulation is going in a loop around both sinks (and the saddle), with only a relatively small fraction diverted into the middle. This illustration from Wikipedia is a good example: 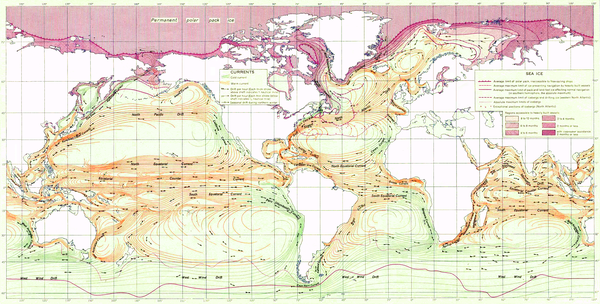 Also, unlike sinks, saddle points in general won't accumulate debris; any flotsam on the surface will just float in along the stable axis, and then away again along the unstable axis. So even if there were strong surface currents in the region, you wouldn't expect any visible "garbage patch" there.

Besides, at least if you look closely enough, reality will almost certainly be more complicated, with multiple equilibrium points that shift over time. The following two maps (found on this page), although fairly old and probably of limited accuracy, may show a hint of the true complexity: 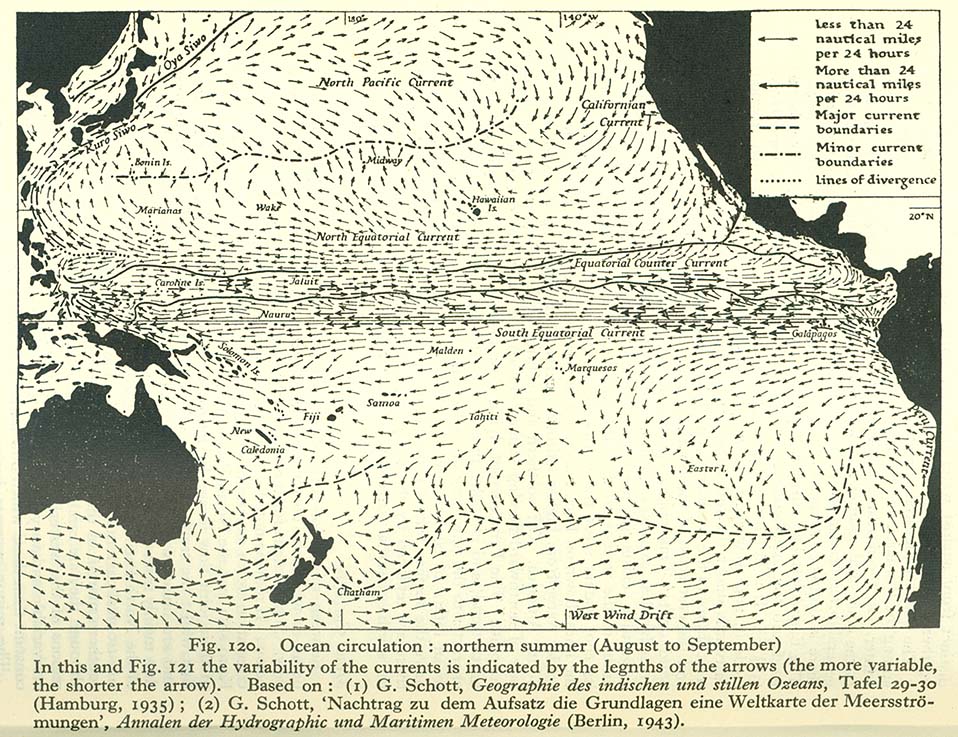 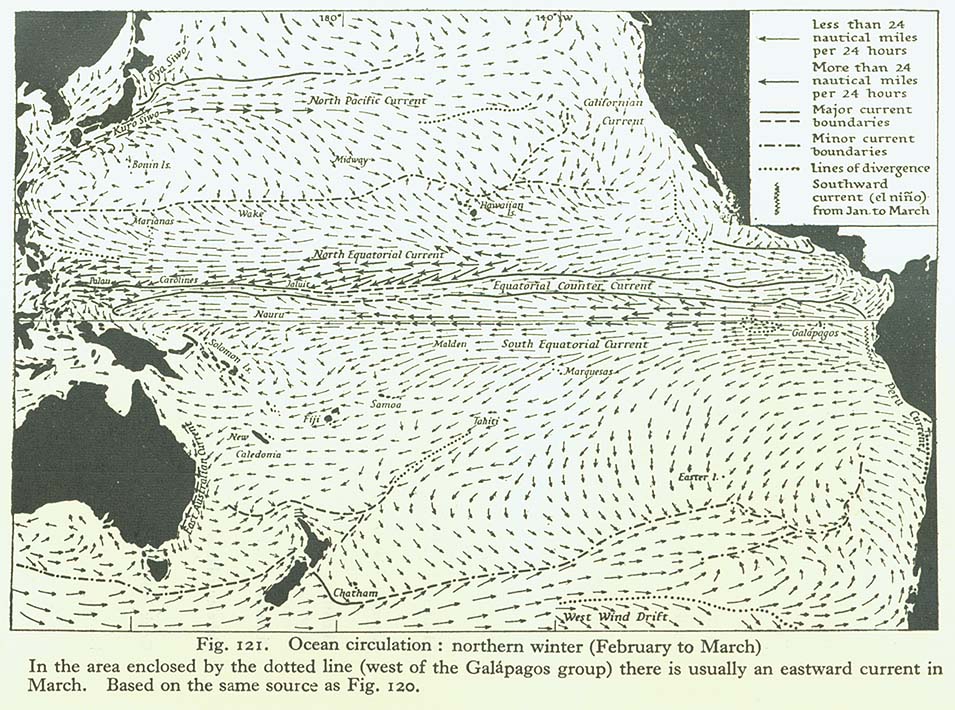 About item three (Ocean currents are not time independent) I am not completely sure, but I think to remember an animation or plots in a publication which showed seasonal variations between the both garbage patches you showed.

As far as I remember the publications on that topic of global transport modeling of marine litter correctly, the eastern North Pacific Garbage patch is the actual accumulation region. It has a long tail towards west. Howell et al. (2012) writes about the North Pacific Gyre and plastic debris accumulation within it. I did not have time to read it in detail.

For further reading it might be interesting to look into these publications:

Not the answer you're looking for? Browse other questions tagged ocean oceanography models ocean-currents or ask your own question.

28
Why does El Niño only exist in the Pacific Ocean and not the Atlantic/Indian Oceans?
13
Does the Great Pacific Garbage Patch increase sedimentation rates over the patch?
11
What are the striations or ridges in the eastern Pacific Ocean?
8
How much garbage goes into the Pacific Ocean every year?
19
Why are the Great Lakes not considered a sea?
2
Which ocean is going to be swallowed by the Supercontinent Cycle, Atlantic or Pacific?
1
What is the significance of amphidromic points related to tides?
0
Result of floating-iron-balls in the mid-pacific?