Why do forecast areas on weather.gov appear as twisted squares?

I get my weather forecasts from good ol' NOAA's weather.gov site. On the detailed site weather pages, there's a map that shows the forecast area as a green square (for Boston at least, the square is about 1.5 miles on a side). You can click on nearby areas to change the presented forecast to that new location.

Here's the question: why is the square shown as the forecast area not oriented north/south/east/west? For some reason, near the US East Coast it's twisted clockwise, and on the West Coast it's twisted counter-clockwise. I assume it's something about the easy representation of weather information in a GIS system, but that's only a guess.

Here are some examples, from East to West. First, Boston: 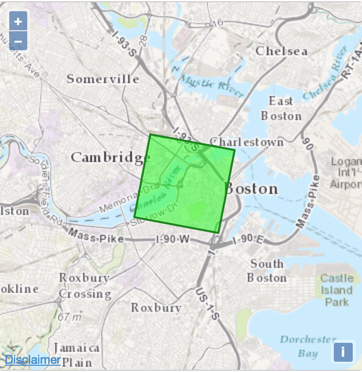 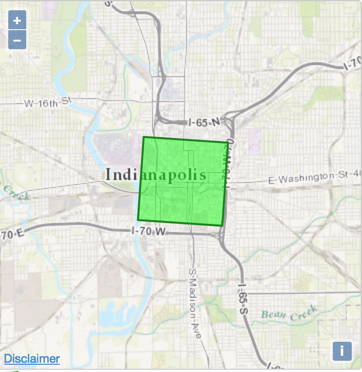 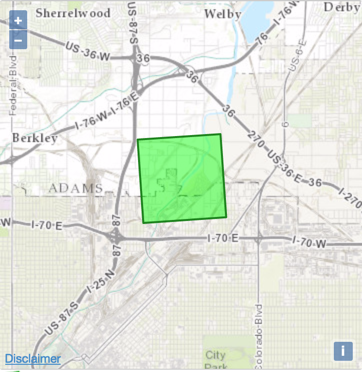 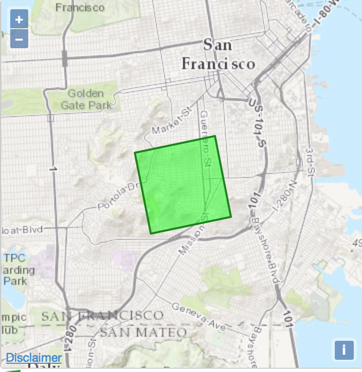 Note that, if you go even further west to Hawaii, the pattern breaks, and the square is perfectly north/south/east/west: 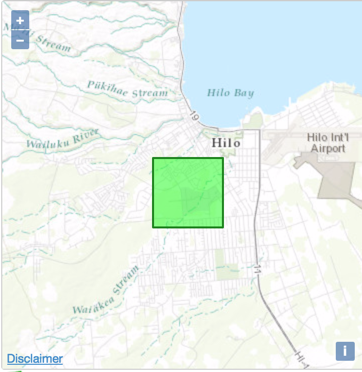 The equal-area projection used to create the continental U.S. grid for weather forecasting does not represent lines of latitude and longitude as straight lines. Instead, they are curved (note the Canada-USA border curvature below, which is actually along the 49th latitude parallel).

An equal-area projection is often used in regional weather modeling because it is important for each cell to represent the same amount of physical space during computation. The map images posted in the question are using the Mercator (or Mercator for web) projection, where lines of latitude are horizontal and lines of longitude are vertical, but area is distorted.

The grid-cells from the regional model are also designed in a way that maximizes cost-benefit of computational power. You want to minimize the number of grid cells modeled while maximizing the number of grid-cells in your domain that are relevant to your study area. This ensures that you aren't wasting computational power and is often achieved by changing the orientation of the domain a little. So, the grid cells do not align nicely on the mercator map used on web-app maps like google, bing, etc. However, the grid-cells line up perfectly if visualized using the native projection for the image frame (e.g. below).

The reason that Hawaii does not follow the pattern is that the data for Hawaii is obtained from a model simulation for a different grid. The nesting of grids can be seen in the image below.

I suggest you read Grids in Numerical Weather and Climate Models for a nice look at the factors involved when choosing a grid definition. You could also look here for more info about NOAA prediction. 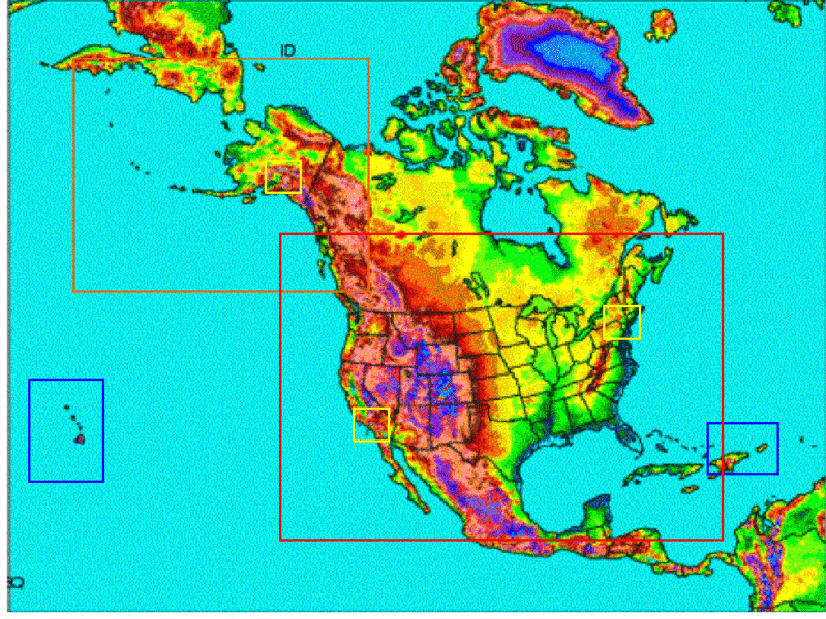 Not the answer you're looking for? Browse other questions tagged meteorology weather-forecasting gis or ask your own question.

6
Historical NWS GFS forecast data
6
Can the forecast N+1 days ahead be more certain than the forecast N days ahead?
10
Why don't weather forecast models normally take solar eclipses into account?
10
Has a hurricane or cyclone ever reformed after passing over a large land mass?
9
Why don't I have a 1-in-2 chance of getting rained on if the forecast says 50% probability of precipitation?
3
Local Weather Forecast (Self-Learning Algorithm)
5
Why does the magnitude of the uncertainty on temperature forecast fluctuate periodically